There were steam hauled trams ... 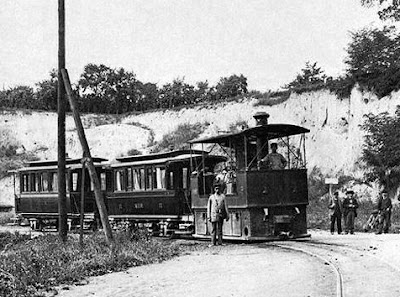 ... as here at the (indentifiable) rural terminus at Pfastatt, now well encircled by urban growth! 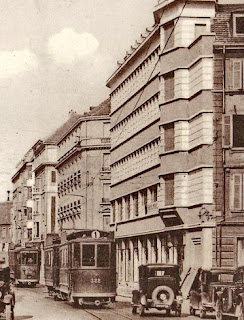 ... next to an apartment block that today might retain something of the original. 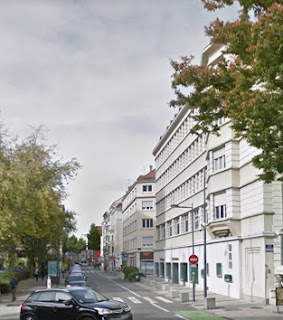 Next we have a tram with trailer on one of the main shopping streets, Rue de Sauvage. 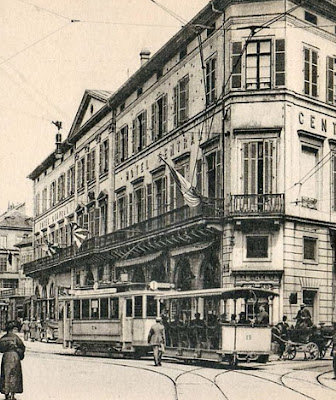 It may be that modern trams still turn right here, but accurate identification must be left to an expert! 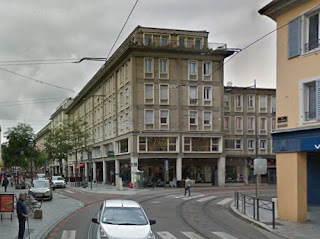 Much has changed. What is still the same, however, is the use of the railway station as the main city centre terminus. 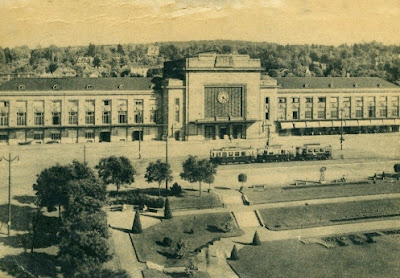 Mulhouse also had two trolleybus eras. During German occupancy from 1908 to 1918 the Gleislos Bahn ("trackless railway") operated over one route, seen here at Square du Tivoli. 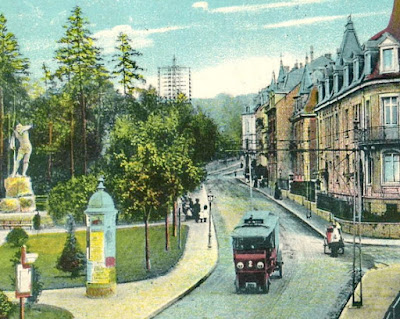 This time we can identify the location by the statue ... 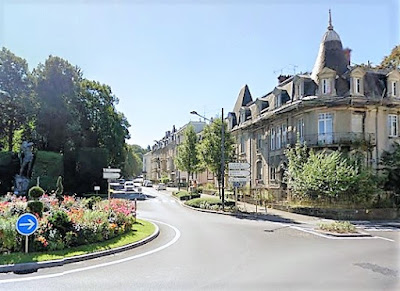 ... far left in the modern Streetview above.

Discussions about reintroducing trolleybi as replacements for the elderly trams began in 1936 but the years of conflict meant that nothing happened until 1947 when trolleys ran on route 4 from Bel-Air to (eventually) Drouot. 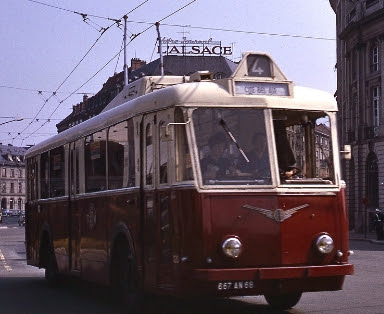 Route 2 followed in 1950 from Brunstatt cross-town to Pfastatt, the latter being the old tram terminus. 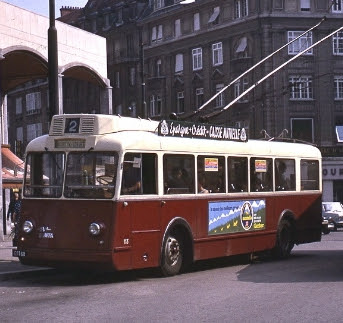 At Brunstatt there is what looks like a trolleybus turning circle. 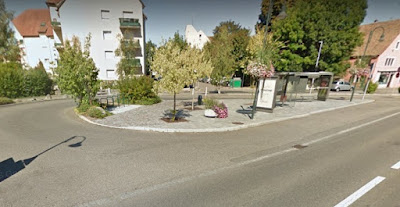 Both trolleybus routes finished in 1958 but route 4 is fairly closely followed by modern tram 2 as we shall see.

We can begin our survey of the modern tram scene at the railway station where three of the four tram routes terminate. 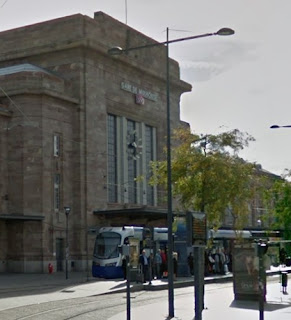 The trams are literally outside the main doors to the station concourse from where they trundle through the town to a stop near the Europe Tower that we met yesterday. 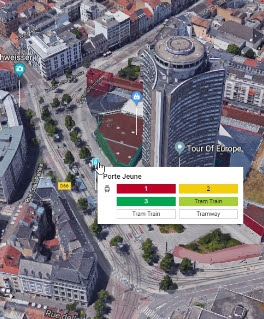 Here we arrive from the station (bottom centre) to join the fourth route entering from bottom right. After the busy interchange stop the "red" route turns north and the other three continue straight on. 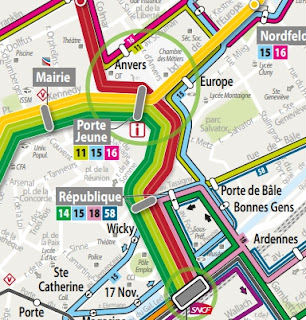 Between station and the interchange (Porte Jeune) there are great chunks of tram only road ... 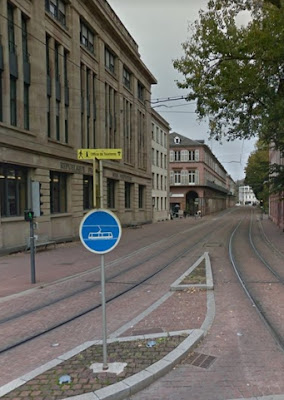 ... and even where cars are permitted, usually for access only, they are kept to one side in a narrow one-way lane seen below coloured grey with a white-line border. 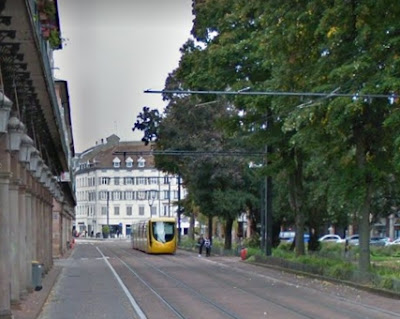 As we saw above, the modern tram routes avoid Rue Sauvage, but run onto lengths of reserved track, often along once wider roads where non rail traffic has been given much reduced space. 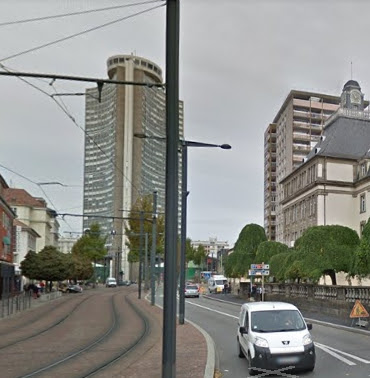 Tomorrow we will look in a little more detail at tram routes 1 (RED)and 2 (YELLOW).

It does seem a common and accepted feature of many European systems that the motor car is vigorously sidelined in favour of the tram.

Next Magnificent blog : Wednesday 30th January
Posted by fatbusbloke at 02:00