Plus Some Extended Answers! 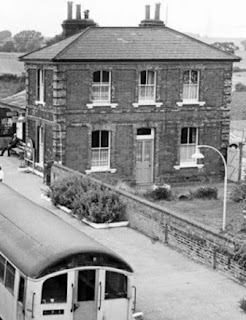 In the 1930s London Transport embarked on a massive "new works" programme. This included eastward and westward extensions of the Central London Railway (Central Line) In the east the steam hauled branches to Woodford, Epping and Ongar would be taken over by LT and in the west a GWR local service to Debden would also be absorbed.

This process was interrupted by Word War 2 but diminutive underground trains began servicing full sized stations as the line was electrified. The last bit, from Epping to Ongar ... 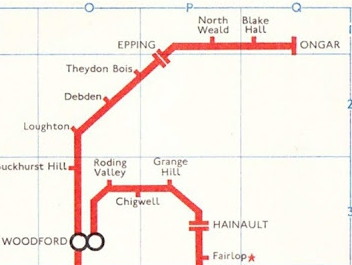 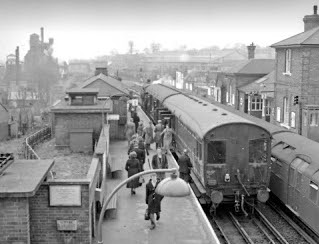 At Epping you had to change to a push-pull steam hauled shuttle. Even after electrification the last bit of this line remained a shuttle.

It was not a success and services were reduced ...

... with Blake Hall Station closing in 1981. It is now an imposing private residence with extensive grounds ... 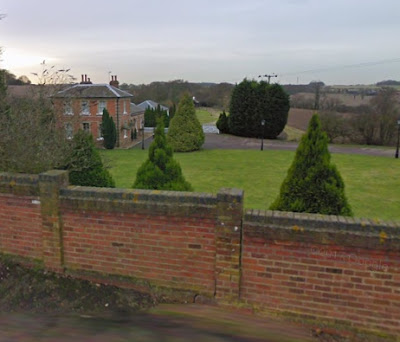 ... barely visible from the overbridge on Blake Hall Road. 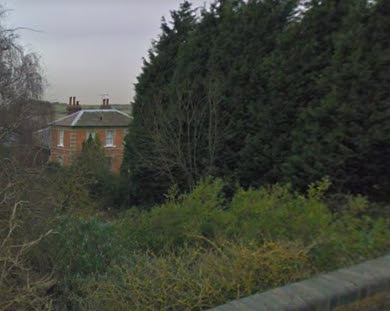 Closure would have been no surprise as there is, even today, very little housing nearby. 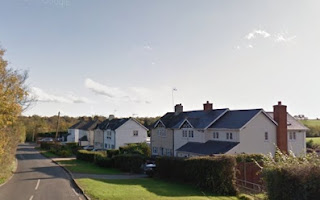 Indeed, it is hard to see why Blake Hall station was ever built. You would have to conclude that the GER was gambling on substantial expansion of greater London into rural Essex - which never happened.

The Epping to Ongar line closed in 1994 and, to his great sadness, fbb never travelled further along the Central than Woodford. It took such a long time to get to Ongar and back and there were always more pressing things to do, rail-wise, in more accessible parts of the Capital.

A preservation society now operates steam trains between Ongar and North Weald and, 20 years after closure, an underground train returned to Ongar ... 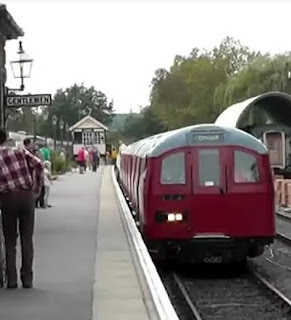 ... ignominiously propelled by a diesel locomotive! 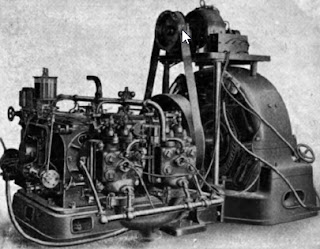 Now reconstructed and in running order this superb piece of restoration is available as an expensive working OO gauge model from Rails of Sheffield. 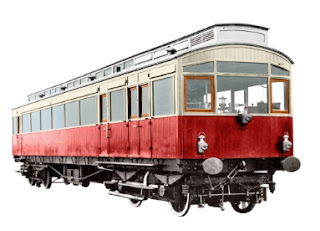 But did you know (and fbb didn't) that Morecambe operated a quartet of petrol electric trams? (Rail buses??)

This from an article published in 1912.

When the Morecambe Corporation took over that part of the tramway company's undertaking, situated within the borough, the company was left with "the little bit of line in the country" ... 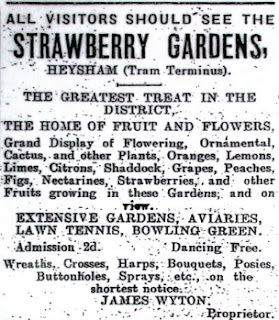 ... running from the Battery to the Strawberry Gardens at Heysham. 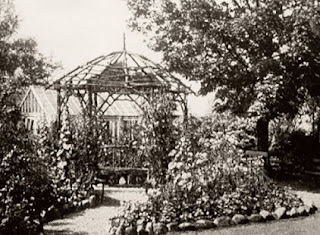 Once gardens, now a pub! 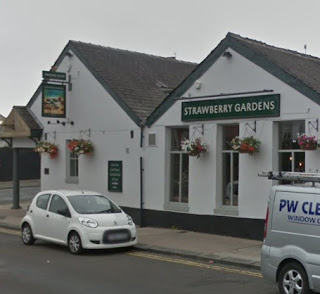 The directors realised that expensive horse haulage, with the maintenance of stables, horsemen, etc., was impossible for so short a length, and attention was therefore directed to some new form of haulage. After some thought and discussion, it was decided to introduce an altogether new type of car, viz., one driven by petrol, running on tram lines - an adaptation, in fact, of the motor driven 'bus to tramways.

Despite this, there are pictures of a horse tram at the terminus, possibly from when the system was owned by a private company. 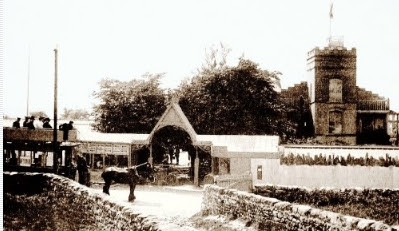 The view of the same junction today (with Sugham Lane)... 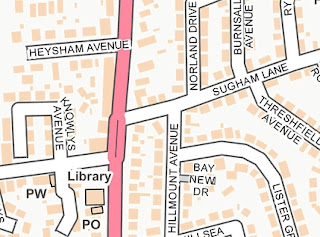 ... bears no comparison with the above picture. 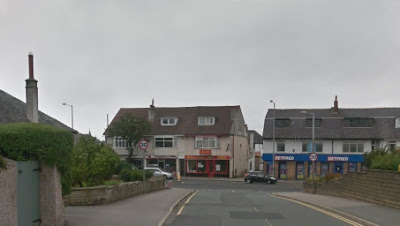 There is still a bus stop opposite the pub! 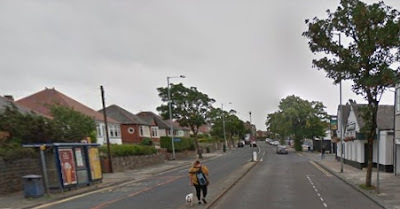 And a picture of one of the trams appears in fbb's latest second-hand book purchase. 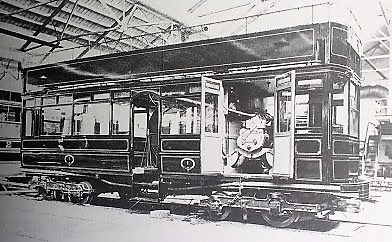 Reality TV?
Yesterday afternoon the fbb's watched episode three of the A B C murders with John Malkovich as an aging and faded Poirot. In a far denoument a suspect is pursued by the police and excapes via a load of railway "stuff".

He says farewell to an accomplice in a Midland Region subway ... 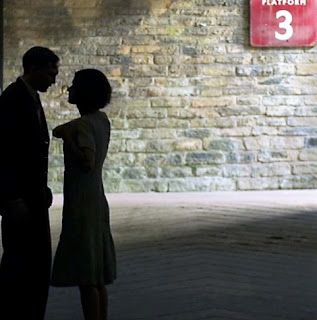 ... before running under a viaduct as an LNER loco passes overhead with maroon carriages in tow. 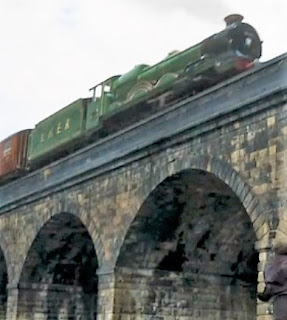 The engine has a cast cab-side number plate and a copper-topped chimney! On the other side of the viaduct are some strange colour light signals ... 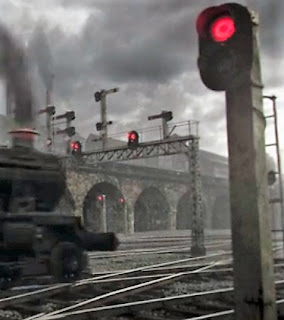 ... and some even stranger semaphores. The same loco rushes past in the opposite direction having instantly coupled to some malachite green carriages. 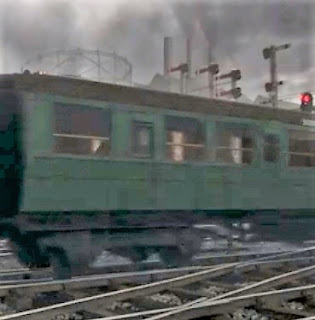 The pursued person falls, injuring his leg (as you do in films) as another high speed express hurtles towards him. 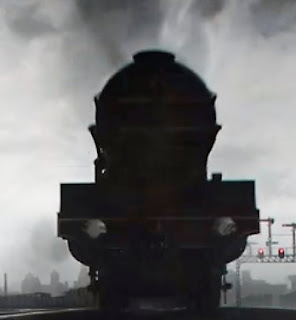 But no worry; just before the squelch, the points change ... 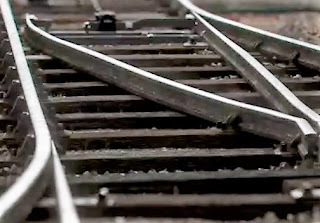 ... as the train passes safely (?) by; still travelling at about 100 mph but now two tracks away.

Sadly fbb could not find the clip where Poirot takes a train to Bexhill (hauled by the LNER loco again) and we see the ticket collector complete with a London Buses Gibson ticket machine. 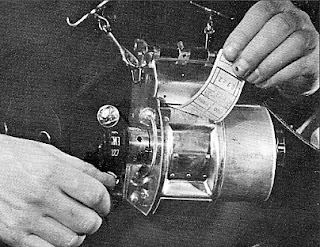