More From Our New Technological World

Daft Display : Wrong Again, fbb!
This picture of the odd behaviour of technology  ... 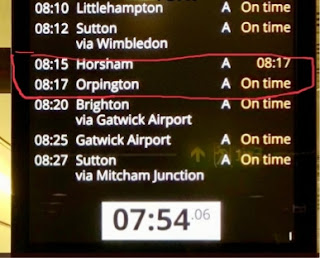 ... was utterly misplaced by fbb - who should have known better. The destinations are part of Thameslink which doesn't serve Waterloo East as guessed by fbb. Twerp. 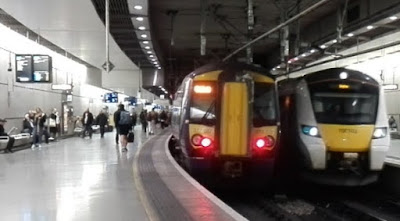 But it does have Platforms A and B. 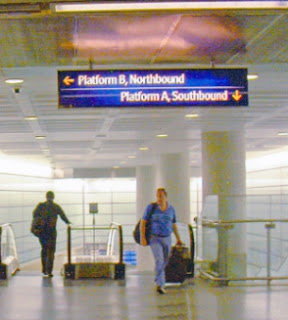 And to a comment writer who suggested that having so many trains "on time" was a positive achievement; please remember that "on team" means "on time" when the train was last "reported" electronically. As trains enter the appropriate signalling area, they often suddenly cease to be "on time".

Even on a good day you would expect more than one train in a screenful to waver from the schedule - if only by a minute or two.

Talking of Electronic Displays?
Fancy something like them on your OO gauge railway. This, for the railway modeller who has everything! 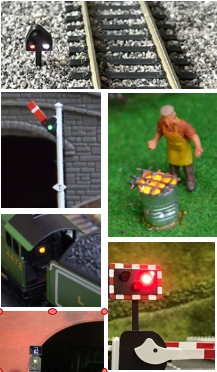 As well as producing all types of working electrical stuff (signals, route indicators, crossing signals, brazier fires, welding effects and, of course, internal and external lighting for every part of you model train) a company called Train Tech is now advertising departure displays for platforms ... 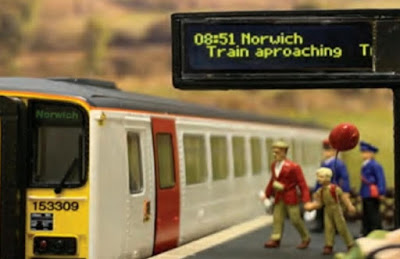 ... and the windows of modern trains. 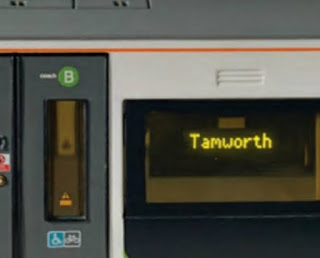 To be meanly picky, they are somewhat overscale and you do need to program them via a DCC system (don't ask) but they will make a real talking point on any model railway.

But not fbb's which sits outside in the weather - and he is too mean to day the asking price of £50 each display.

And Talking Of  Electronic Displays ...
Travel South Yorkshire has begun installing "proper" display screens. At least this one has been spotted opposite Sheffield Children's Hospital. 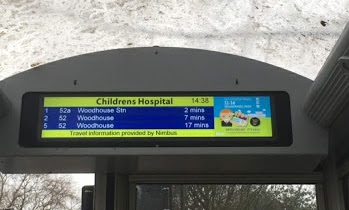 They have smaller print that the good old orange/yellow on black dotty ones and they are harder to read if swathed in direct sunlight - not a problem at this time of year!

Some operators also use them to display weather information; but, rather than straining the eyes, most passengers will be satisfied by stepping out from under the shelter and experiencing the weather in real time!

But the bus in heritage livery is well worth a second look. 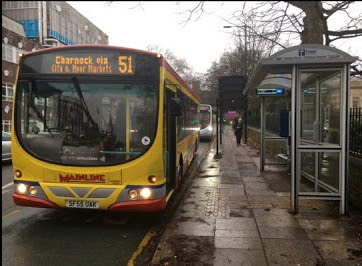 Thanks, Roy, for the pictures.

And Talking of Electronic Information
fbb had a moderate moan that Travel South Yorkshire had publicised extra "strike-busting" journeys on Stagecoach X17 between Sheffield and Barnsley on a separate unprinted non-leaflet rather than letting customers see a merged timetable.

But common sense has prevailed and, in a revised edition ... 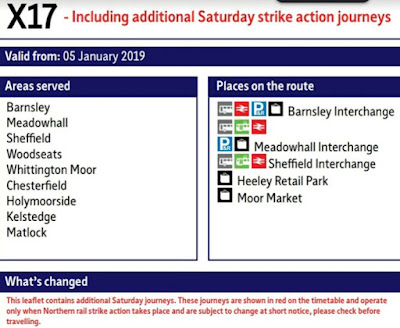 ... the extra strike-day journeys are added in a striking (??) red print. 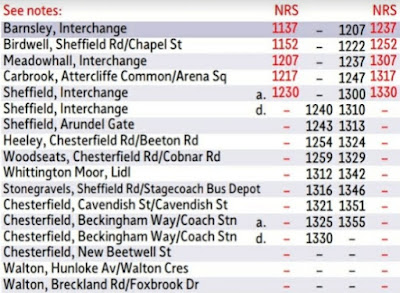 But has Stagecoach produced a printed leaflet?

And Talking of Stagecoach Printed Leaflets
There won't be any in Basingstoke ... 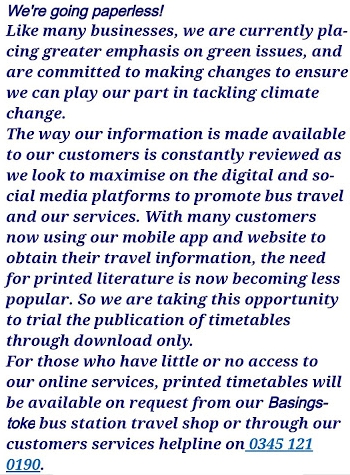 Learn the lesson from the nail!

And A Model fbb Might Buy
Hornby has announced this delightful little shunting loco as part if its expanding 2019 range. 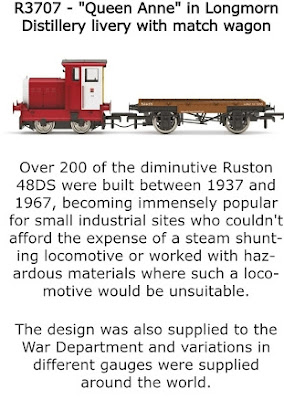 The real things were a common feature for companies with their own sidings. 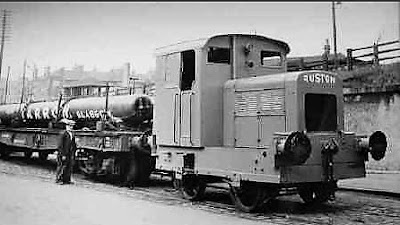 The diminutive diesel would easily cope with shunting a truck or two to be collected by a "proper" train.

The model comes with a "match truck". This is to provide an extra set of wheels to ensure that the 12 volts can find its way into the loco even if its short wheelbase loses contact with the rails on wobbly bits of track (of which fbb's layout has a surfeit). Note the wire joining the two vehicles.

A hint for Mrs fbb as a birthday prezzy for her ever loving spouse? Perhaps not; Hornby are asking £80 a pop although there are on-line firms discounting to just over £70.