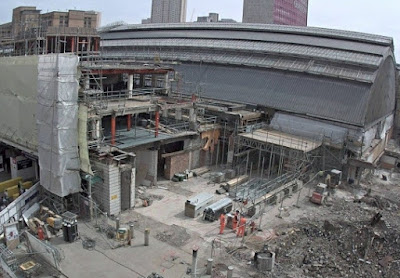 11. Glasgow Queen Street
A major redevelopment is under way. The magnificent trains shed was a distinguishing feature of the station from the early days. Built across part of Queen Street the entrance was, for most of its life, very obvious from George Square. 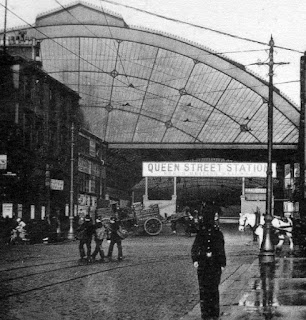 The entrance remained much the same into BR days ... 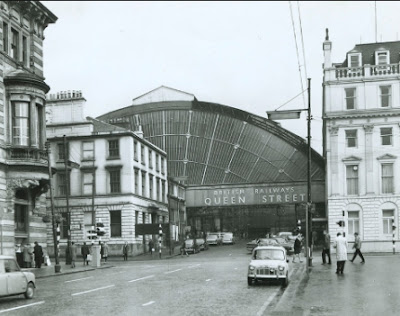 ... but an uninspiring extension to the neighbouring hotel blocked the traditional view from the late 1960s 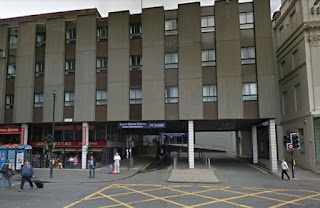 Initial architects' impressions would have allowed at least part of the train shed to re-appear from its obscurity ... 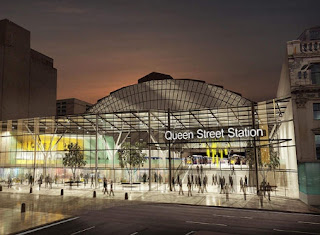 ... but later designs went one story higher and the beautiful arched roof will, once again be lost from the "traditional" Queen Street vantage point. 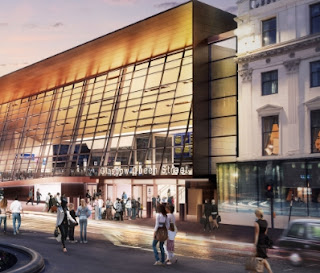 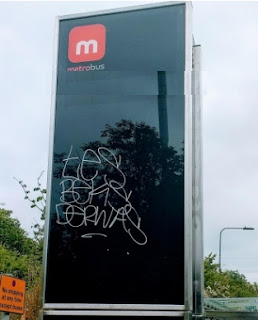 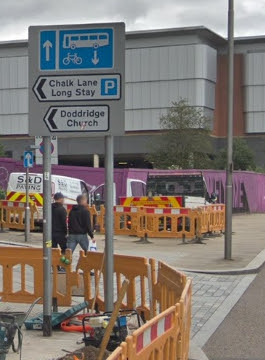 ... and here it is in place and functioning. 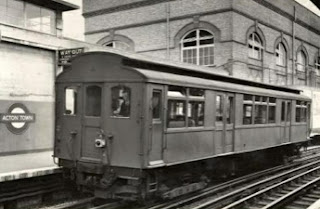 13. Shuttle to South Acton
This little bit of District Line ... 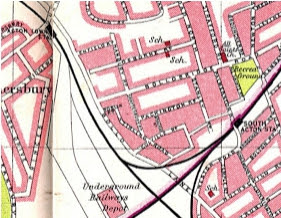 ... ran from Acton Town (top left) round a curve to terminate at its very own bay platform at South Acton (centre right). 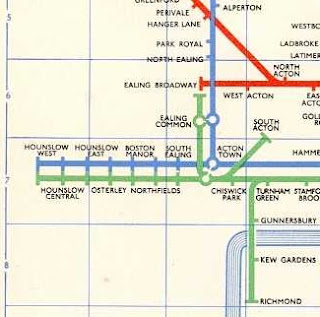 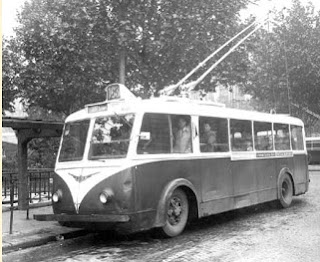 14. Paris
fbb penned three blogs on this lesser known bit of Paris transport history. These can be found 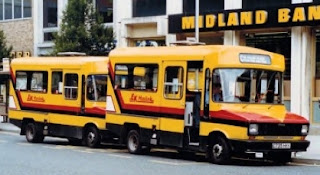 ... then back to normality as illustrated above. Stagecoach tried a brave (?) return ... 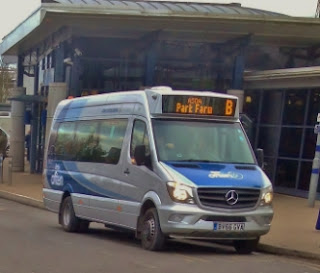 It was photographed by Northampton correspondent, Alan, before the full-on festivities of 2018. In his most recent e-mail, he remarks that it is still counting.