The third and final (for the time being) piece of Bristol's brave, exciting or ill-conceived (opinions vary) Metrobus (metrobus?) network started yesterday.

Here is how it was announced in the First Bus staff news sheet last Thursday. 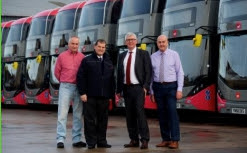 Our metrobus contractor, BCT, starts running its gas buses on the m1 route from 6th Jan. The first day will feature free travel but after that normal fares will apply. There are 21 new state-of-the-art buses powered by bio-methane, to full metrobus specification and more than 50 drivers have been recruited by BCT to drive them. Many are visiting our Training Academy this week for “Journey Makers” courses. Our picture was taken at BCT and shows Cllr Steve Pearce of Bristol City Council ... 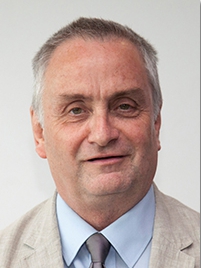 ... plus reps of First and BCT

The official metrobus web site was still eagerly anticipating a future arrival of the M1 ...

... at 1000 yesterday, and hour after the first buses left the termini. Clicking on the M1 link did, however, lead to the start date and a full timetable.

Also of note is that there is no mention of the fact that the service was FREE yesterday! 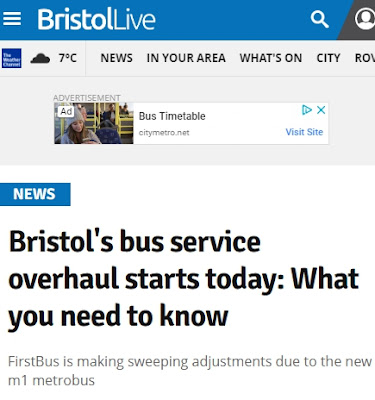 ... by reprinting the "changes" pages from the First Bus web site.

fbb reviewed the M1 before Christmas in staccato blogs which can be viewed via the archive link to the left on these blog pages. In fact, the "sweeping changes" were not sweeping at all. Service 73 (Bradley Stoke) is reduced in frequency from every 10 to every 15 and service 90 (South Bristol) is withdrawn from Inns Court where residents will have a more frequent M1.

fbb will look at other changes NOT directly caused by the M1 later this week.

The "Live" website could only manage a few stock pictures to illustrate the article, none of them of a metrobus bus! The headline picture was of service 75 ... 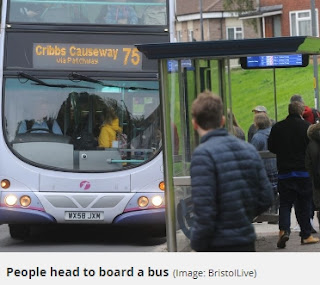 ... which isn't changing in the slightest!

It is worth repeating that on Mondays to Saturdays there is a ten minute frequency all day from first bus till last ...

... although, understandably,  running times do change throughout the day. Also of note is that the timetable shows every stop served. This is a sensible PR move as stops are much more widely spaced than you might expect on a "normal" bus route. This is, as fbb keeps being reminded, not a bus route (?) but a tram service operated by buses.

Bristol correspondent Paul (who lives just two minutes from an M1 stop) was pleased to receive a "pack" through his door. It was addressed to "the occupier", a policy which seems impersonal and pointless to fbb; why not simply plaster the envelope with "your super new bus route that thinks it's a tram" labels?

Included were the full timetable and map (extract below) ... 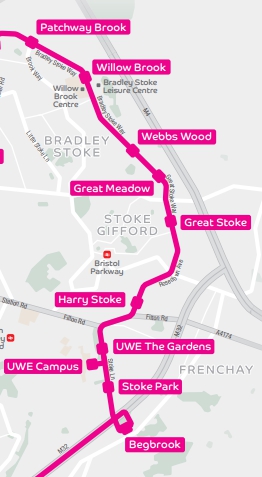 ... plus details of a special introductory offer. In addition to yesterdays freebie day ... 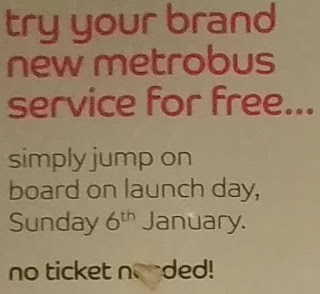 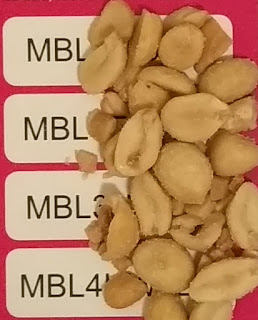 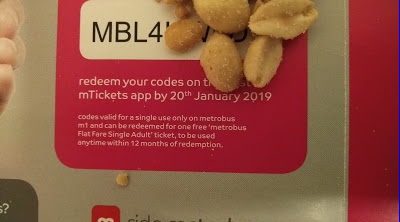 ... provided, as ever, you ave downloaded the App. 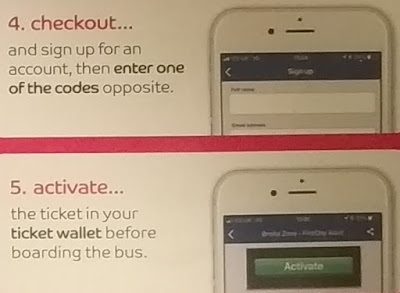 Of course, it would be much. much simpler to print four tear-off vouchers to hand to the driver - but cashless is King and all else must submit to the regal dictator! Not everybody was happy with this offer ... 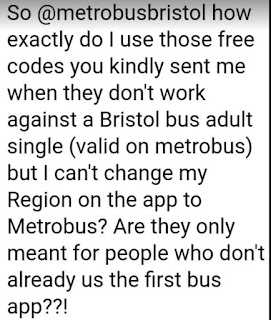 ... although fbb does not pretend to understand the technology!

The peanuts are simply to obscure the full code so blog readers don't pinch Paul's free rides before he can enjoy them!

No doubt Paul will report on loadings in due course and fbb aims to bumble off to Brizzle to have a ride sometime in the next few weeks.

A couple of reports appear on line from the first day (accompanied by video clips); this ... 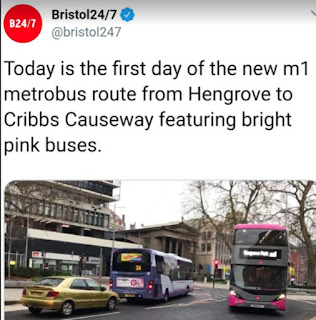 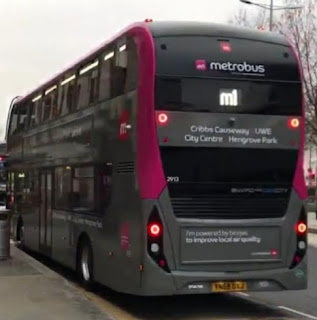 One other item refers to the lack o ticket selling Monoliths at some stops ... 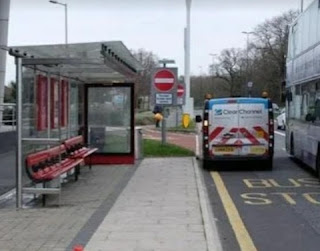 ... with First Bus saying that they will all be in place "by the end of the month". "Which month?" you are tempted to ask.

There was a "launch" which is also reported on-line ... 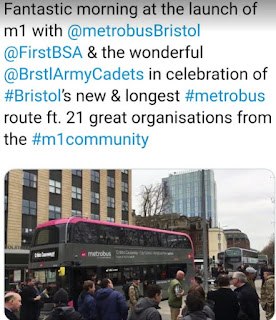 ... which highlights the community connections being developed by Bristol Community Transport (contractors to First Bus) as part of the M1 PR.

It will be very interesting to see how this all pans out, particularly the high frequency throughout the day Monday to Saturday. Is it likely that there will be some pruning of the extremities as realism overtakes optimism?

And a PS from Roger French ...
... who travelled on the M1 yesterday and has written extensively on his visit (here).

So just an extract.

Next Bristol blog : Tuesday 8th January
Posted by fatbusbloke at 02:00