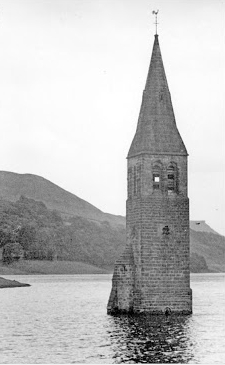 3. Sheffield Transport
Technically Sheffield Joint Omnibus Committee. This is the spire of the village church at Derwent, one of two villages evacuated and demolished to make way for Ladybower reservoir. 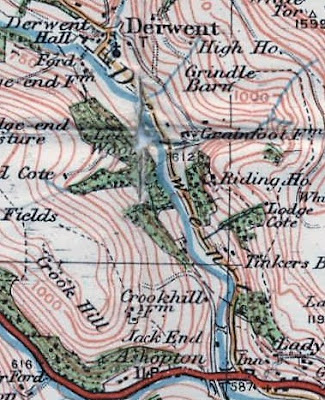 Derwent village was situated on the eastern bank of the river whilst the other inundated community was Ashopton on the red road. Visitors can easily be mystified by the bridge on the Manchester road which is called Ashopton Viaduct. 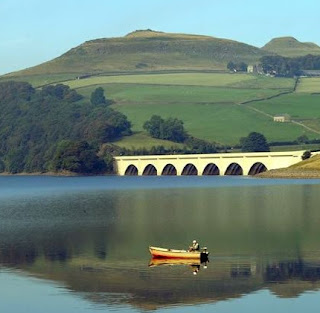 But if we see it before the waters rose, the name is much more apposite! 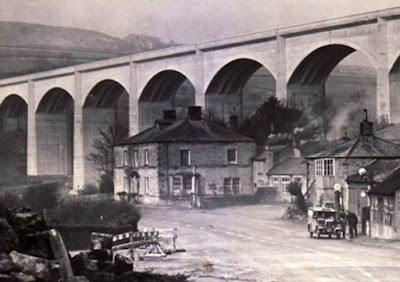 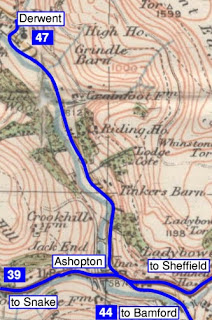 After the reservoir filled up, all three routes continued with the 47 running up the western bank for walkers and farm residents (Tuesdays and Saturdays only in the winter) and terminating opposite the site of the former village.

Today, the "revised" Derwent has a DAILY bus from Sheffield, again aimed at the leisure market, enhanced at weekends in the Summer. 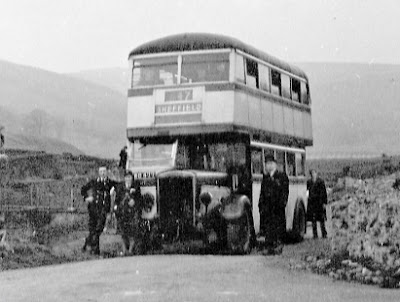 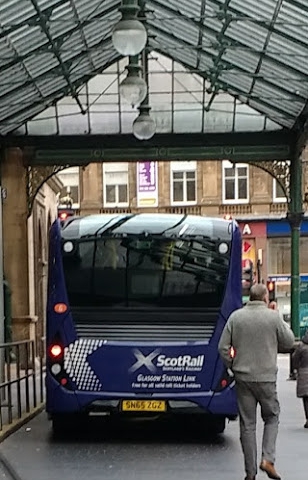 4. 398 shuttle Queen Street to Central
The link between Glasgow's two terminal stations has been running for some time. Originally it was numbered 98 in the Glasgow Corporation numbering series. The 300 was added when the PTE took on responsibility for the service. It is now part of the Scotrail franchise. 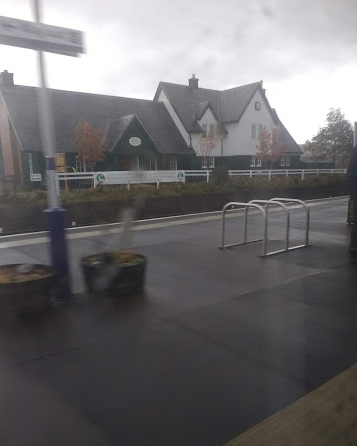 5. Corrour (West Highland Line)
The urban myth is that there is no road access to this stop ... 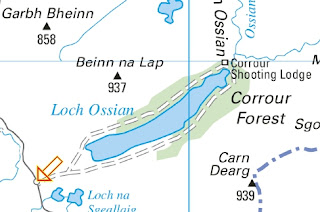 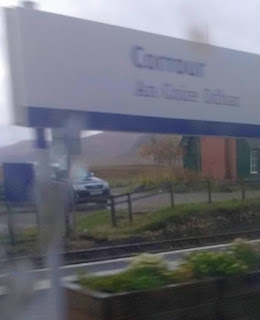 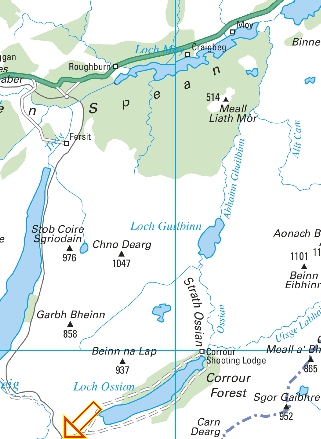 ... although what effect they might have on your suspension is unclear. The buildings are available for holiday lets. Trainspotting can get a bit"samey", however. 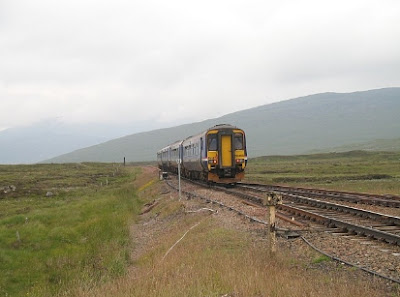 And which ever mode of transport you choose, it is a long,long way to go for a pint of milk! 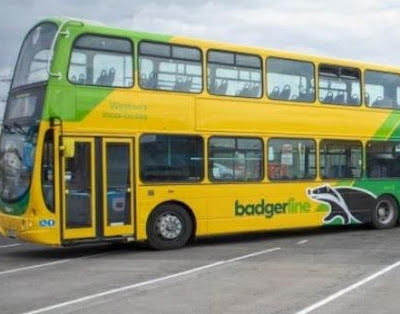 6. Weston-super-Mare
Part of the on-going branding and marketing from First Bus. A shiny gold star to the boss Jems Freeman and his team.

No mention of Badgerline in the Weston timetable booklet. 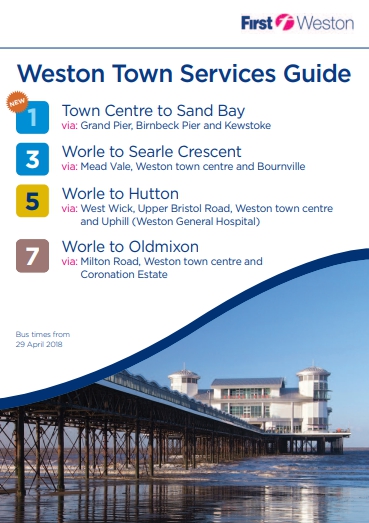 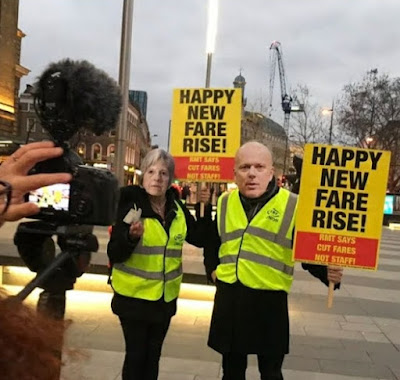 Except that it shouldn't be. The increases were announced back in September 2018, so hardly a shock. But the media have to headline this annual price rise as something unexpected and tragic.

1. Rail fares have very little to do with the cost of running the railway. Essentially the annual increase is a purely political decision.

2. Each year the poor commuter's sad lot is highlighted. But season ticket holders pay about one third of the fares that normal mortals pay. In what other business would customers at the busiest times pay the cheapest fares of the day. Commercially potty!

3. Nothing is EVER said about the average non railcard holder who is always stung to death by price rises on his/her already pricey price. High prices when you would like folk to travel more? Of course there are cheaper fares if you don't mind abandoning the most useful feature of train travel - just turn up and go!

And three rousing cheers for Transdev ... 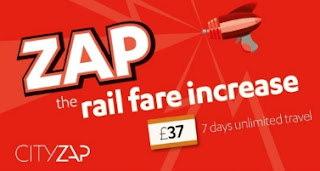 ... twittering about their weekly "seasons" between York and Leeds (Zap) and Harrogate and Leeds (36).

Depending on where you want to get to in Leeds, journey times are close enough to make bus travel worth considering. And certainly more luxurious that a Pacer!

Next answers blog : Friday 4th January
Posted by fatbusbloke at 02:00