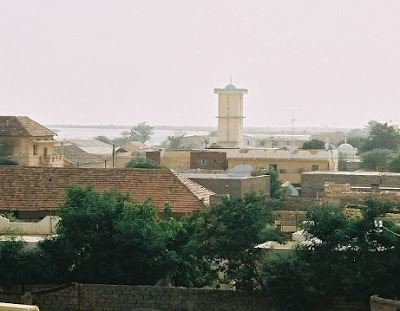 Rosso was once the capital of the Emirate of Trarza, a Precolonial Sahrawi dominated state in Africa.

Under French colonial rule Senegal and Mauritania were administered as a single entity. When independence came, the new frontier was drawn along the Senegal River, thus splitting the small town of Rosso in two. This article refers to Mauritanian Rosso, on the northern bank of the river.

Originally a staging-post for the gum arabic trade, Rosso has grown rapidly since independence. From a population of a mere 2 300 in 1960 it has now overtaken Kaédi to become the 3rd largest city in the country with 48,922 inhabitants

There it is, bottom left. 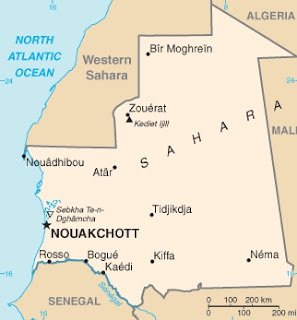 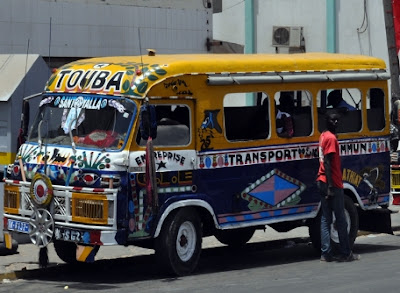 But it has nothing to do with the main content of this blog.

Nor does it involve a once-trendy reddish crinkly lettuce! 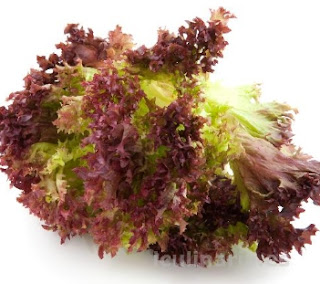 To get to the point we need to travel to the northern edge of what is now Greater Manchester. 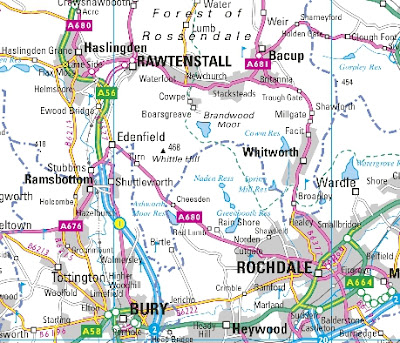 There we find a string of smaller mill towns, notably Halsingden, Rawtenstall, Bacup and Whitworth.

Haslingden is notable for its stone quarrying, and Haslingden Flag (a quartz-based sandstone) was exported throughout the country in the 19th century with the opening up of the rail network. It was used in the paving of London, including Trafalgar Square.

Shoemaking became one of the last survivors of manufacturing in Rawtenstall. The firm of H. W. Tricketts, in nearby Waterfoot, had been a major producer and exporter of footwear across the British Empire

English Heritage has proclaimed Bacup as the best preserved cotton town in England, and its town centre is designated as a protected area for its special architectural qualities.

By the 19th century, quarrying and coal mining were the chief industries in Whitworth.

But the whole area was totally dominated by the textile industry powered by water and coal. 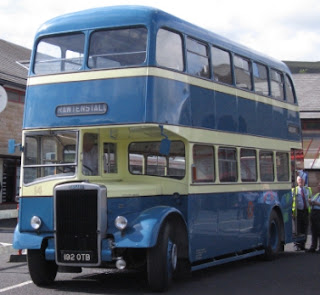 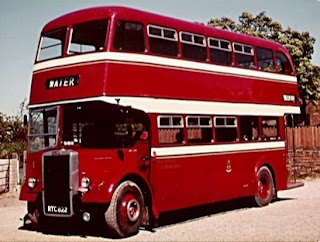 ... had their own Corporation bus operations with the latter looking after Bacup as well. Good, solid and reliable they were; but this civic stability was to be thrown into some turnoil in 1972 when a local government reorganisation joined the four communities into one. The Borough of Rossendale was born in 1974 and included some bits of Ramsbottom as well.

The buses became "Rossendale" with a rather insipid livery of red white and cream with various green appurtenances. 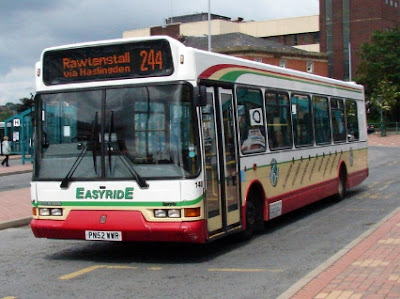 It subsequently adopted the brand "EasyridE". There is no such community as "Roseendate"; it is a geographical area.

Notable points of interest are the Haslingden Halo, an artwork designed by Mr John Kennedy ... 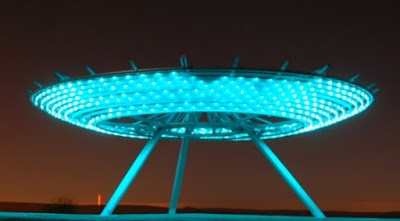 ... and plenty of memories of the area's industrial heritage as here in the centre of Bacup ... 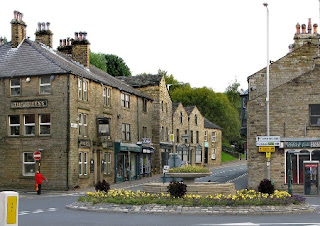 ... and some stunning moorland scenery. 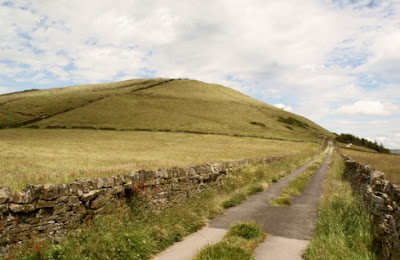 In 2013, the by-now arms length Rossendale Bus Company rebranded itself as Rosso ... 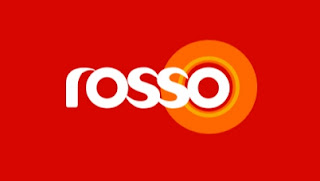 ... with a much brighter livery. 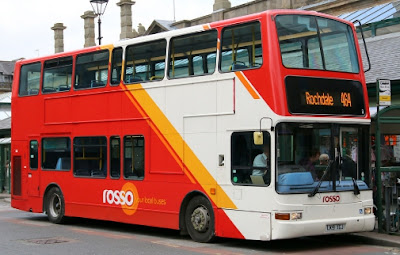 The name "easyride" in a trendy but almost illegible font ... 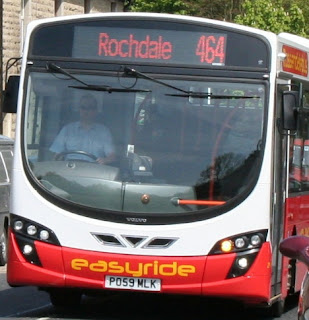 Just over a year ago, in December 2017, Rosso sold itself to Blazefield where it joined a number of former municipalities which came under the aegis of one Giles Fearnley before the group's sale to Transdev. (GRF's address was in "Blazefield" near Harrogate!)

But, since that sale, Rosso has been transformed and we will sample that revival tomorrow.

The Tippi Hedren Experience
Tippi Hedren? Actress attacked by birds in the Hitchcock film of the same name.

There was fbb on Monday morning, enthusiastically preparing next Monday's bible study ... 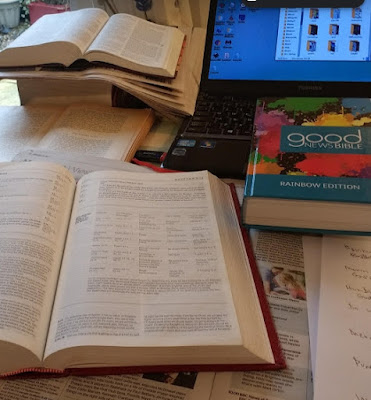 ... when came there a brisk tap on the outer door of the office/workshop/lounge/dining room of fbb mansions.  fbb looked up from his toils ... 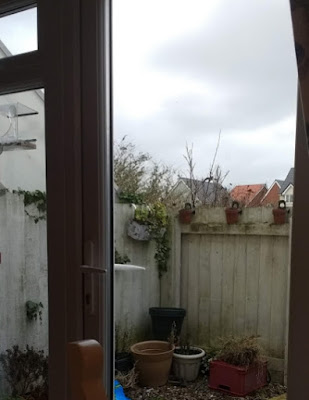 But then your slightly discombobulated blogger espied a seagull. 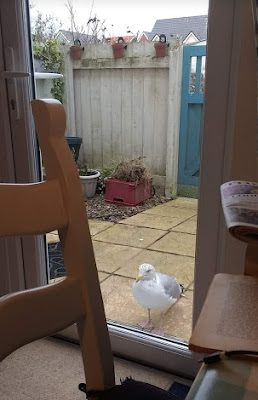 It had a particularly evil gleam in its eye and was bashing the door with its beak in a most threatening manner. 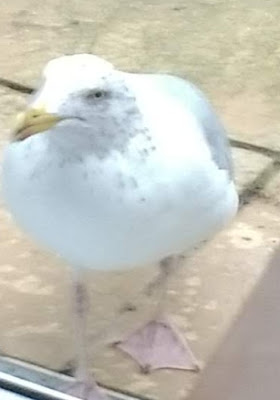 But a Seagull, never flitting, venom spitting, still is sitting
On the paving flags of concrete just outside my chamber door;
And his eyes have all the seeming of a demon’s that is scheming,
And the cloudy dullness makes it threaten all the more;
And my soul from all that evil that stands pecking at the door
Shall not be lifted - evermore!

And he/she/it was back a-tapping yesterday!

Next Rosso blog : Thursday 25th January
Posted by fatbusbloke at 02:00