Rosso twits explain that 12th January was the anniversary of the purchase by Transdev. In fact Brands five and six do not happen until Sunday 27th, not quite within the amazing first year. But let's not be too picky, eh? Six rebrands in "just over" a year is very commendable.

Again, Rosso are jolly good at the twittering. Hints of the new livery in creation in the paint shop ... 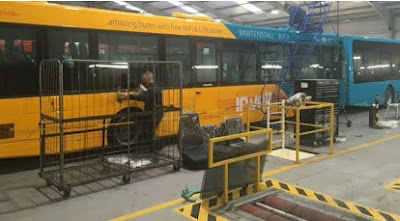 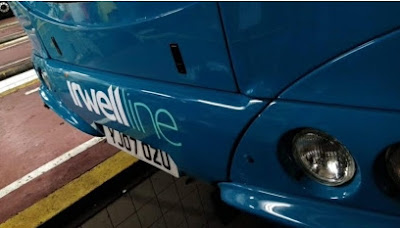 ... followed by one a day or two later out on service. YJ07 OZU has been refettled from a former Rosso branded bus. 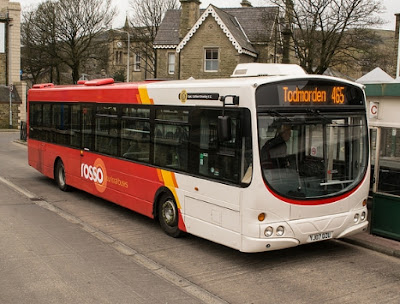 Bus travel between Bury and Rossendale is about to get and upgrade - say hello to Irwell Line. The 481 and 483 will come together to become Irwell Line, with amazing (yawn) refreshed buses featuring a smart new look and feel, with added creature comforts including contactless payments, free WiFi and USB power on board.

Both routes link Rawtenstall with Bury direct via the A56 ... 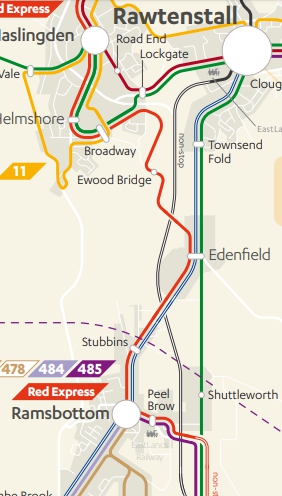 ... whilst one journey an hour on the 483 runs southbound from Burnley. 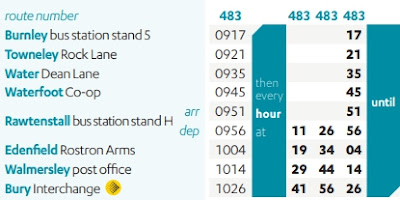 They come together at Rawtenstall to give the 15 minute frequency to Bury.

Now why doesn't Rosso include the full 15 minute frequency on both tables by adding 481s to the 483 and vice versa?

If your geographical knowledge is as weak as fbb's, you may not realise that the River Irwell ... 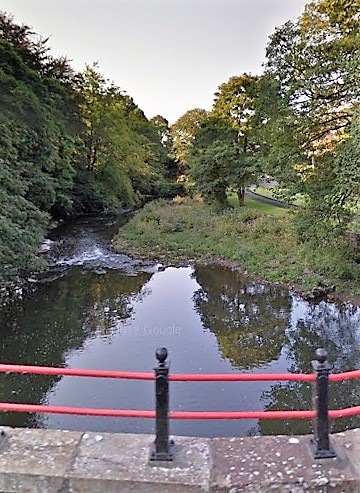 ... runs parallel to the A56 - which makes Irwell Line an appropriate name.

The 482 will be replaced by more buses on Irwell Line 481 and 483. If you're travelling from Bacup to Bury, you can connect using the 464 – and you'll still be able to buy the same range of through tickets at no extra cost. The 7 & 8 will now run along Pennine Road, every hour.

The current service pattern has a 482 from Bacup ... 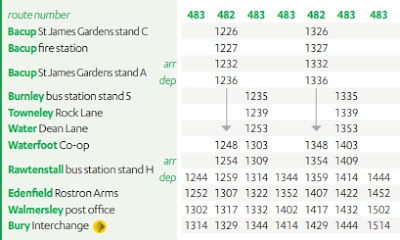 ... but the poor 481 is still omitted between Rawtenstall and Bury.

There remains a 15 minute service on the 464 between Bacup and Rawtenstall but the Bacup loop via St James Gardens (called Pennine Road on map and explanatory text - consistency rules OK, NOT) ... 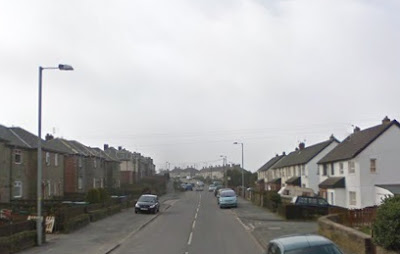 ... loses one bus every hour. Quite a chop as we shall see later.

Brand Six - Trax
The existing 467 and 468 run via different routes between Rochdale and Bamford, both continuing via Jericho to Bury. 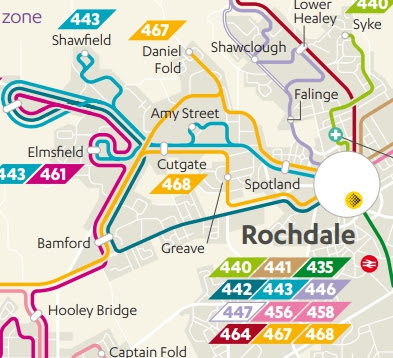 Twittering publicity has appeared for "trax" ... 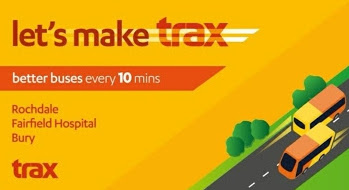 ... but the timetable has not changed significantly.

For the record, please note that the main road direct route between Bury and Rochdale is First Bus 471 ... 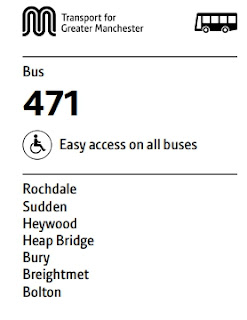 ... every ten minutes Monday to Saturday, every 30 on Sundays.

The route continues to Bolton. 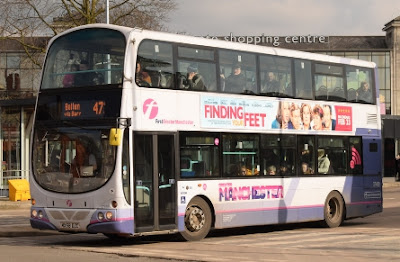 And, talking of First Bus, we need to go back to the Lakes Line. 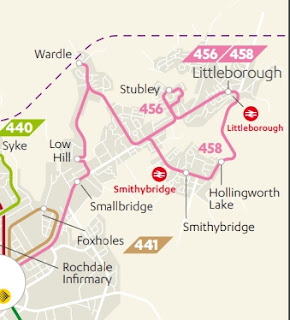 A correspondent points out that the map is wrong ...

... or maybe the timetable. The latter shows the 456 as running via Hollingworth Lake; whereas the map shows it as 458.

This runs straight down the main road to Littleborough and would appear to be competing directly with First Bus that also runs direct. 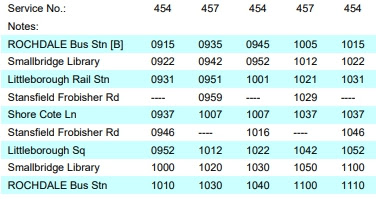 And, to add to the confusion, there is an amazing 455 service which runs on Sundays only when First's 454/457 doesn't.

The 455 is operated by the amazing Rosso, but doesn't appear on Rosso's map. Good publicity, eh?

It takes an outstanding amazing intellect and true-grit determination to understand buses to Littleborough!


Next Rosso blog (plus) : Saturday 26th January
Posted by fatbusbloke at 02:00