These trains were introduced in the eighties as a cheap way of "modernising" services on quieter branchlines. Based, initially, on the Leyland National bus ... 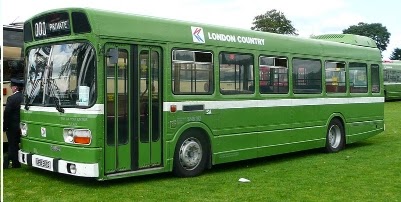 ... the units are still in full service in the North and in South Wales.


Campaigner for Better called Steve
Wants discomfort on trains to relieve
"I really must say, sir,
I just loathe the Pacer,
They're awful, too bad to conceive!" 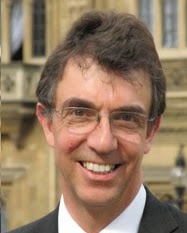 
Joseph said, "There's a consensus that a key part of improving the economy in the North of England must be better public transport, within and between the cities. The Pacer train embodies our transport woes."

So, it is good news from him:-


George Osborne, a great politician (?)
When faced with some public attrition
Said, "What I will say, sir,
We'll replace the Pacer.
Those trains are in awful condition!" 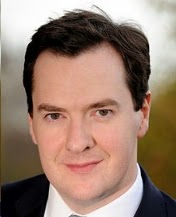 George Osborne
Chancellor of the Exchequer


Chancellor George Osborne told the Commons: “I can confirm today that we will tender for new franchises for Northern Rail and the TransPennine Express; replacing the ancient and unpopular Pacer carriages with new and modern trains.”

And the PM joined in:-


We heard from our noble Prime Minister
"Our plans are great and not sinister.
I'm happy to say, sir,
We'll replace the Pacer.
It'll all be so great when we've finshed, sir!" 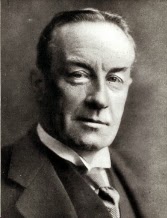 a much loved Prime Minister

As reported on 7 November last year David Cameron said: "We all want to see Pacers go, and bidders for the Northern franchise will be required to propose plans for the removal of Pacers when they submit their bids in 2015. Those trains are going, there will be a progressive upgrade of trains right across the system."

But things were not so clear from the Transport Minister:-


Then up pops McLoughlin, our Paddy,
A respected political laddie.
"I feel I must say, sir,
We'll be keeping the Pacer!"
So is it "the good cop" and baddie? 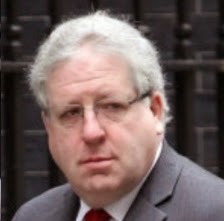 
But since then the disappearance of the Pacers hasn't seemed quite so certain. So when the Transport Secretary Patrick McLoughlin arrived on a visit to Teesside this week, I was keen to ask him about their future. Would he guarantee that we were about to see the back of those pesky Pacers? The answer wasn't entirely clear. He said: "There may be odd routes where they will still have a role but overall the Pacers have had their day, and they need to be replaced."

Nick Clegg had a word to say:-

Then depute Prime Minster, Nick
Spoke out; a political trick?
"I can firmly say, sir,
Fond farewell to the Pacer!"
By year '25? That's hardly slick! 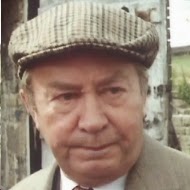 
Mr Clegg said: “I want significant improvement, government money to buy better rolling stock to improve commuter routes in the north, by 2025. Ancient rolling stock and lines that have not been upgraded in 30 years are not fit for a 21st century metropolis. Decrepit trains such as the Pacers, which are literally ancient buses on rails, are not a fair way for people in the North to get to and from work.”

So another ten years of rocking and rolling?

But the Company that owns lots of Pacers and leases them to the train operators has an alternative view.


With a name from a small Sheffield stream,
Porterbrook have revealed their dream.
What we will say, sir,
Well upgrade the Pacer.
These trains, we'll make them the cream! 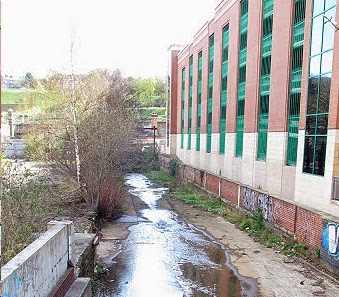 
Paul Francis, managing director, told Transport Select Committee MPs on October 27: “We are doing a Pacer vehicle in Derby, with RVEL [Rail Vehicle Engineering Ltd]. We are going to put £800,000 into a Pacer vehicle. Notwithstanding everybody’s dissatisfaction, we want to show stakeholders, whether they are people from Northern, people from DFT or politicians, whoever wants to come and see it, what you can genuinely do with that Pacer vehicle to modify it. 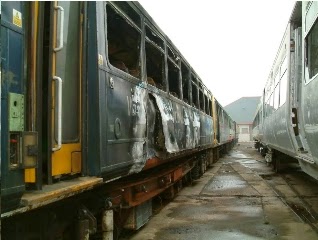 Who is Western Greyhound?
Western Greyhound is a locally-based, family-run business that has been operating since 1998. We run an extensive bus network throughout Cornwall and into Devon, offering services which frequently connect together to provide excellent journey opportunities in the region. Our fleet can be identified by a smart green and white livery and our routes are numbered in the 500 series. Our buses are reliable because we take immense pride in ensuring a high quality of service, resulting in us recently receiving the prestigious national award for Operating Excellence for Small Fleets for two years running. The company continues to grow from strength to strength, having just taken over the Corlink service and also beating off stiff competition to earn the new Truro Park and Ride tender.

Try posting up to date information not out of date misinformation!

And WG's former excellent PDF timetables are replaced with a link to Traveline.

Not very good. And there's at least one of these!

Why bother to change? The tulip is still wilting!