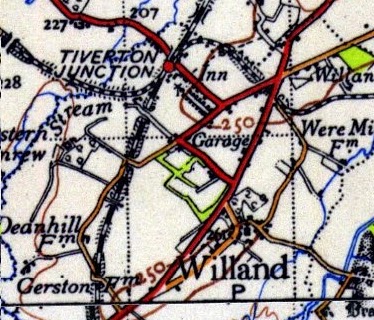 From 1848 you could change from the Great Western Main line at Tiverton Junction for the short trip into the town. The junction station which also served the Hemyock branch was at Willand but nothing remains today ... 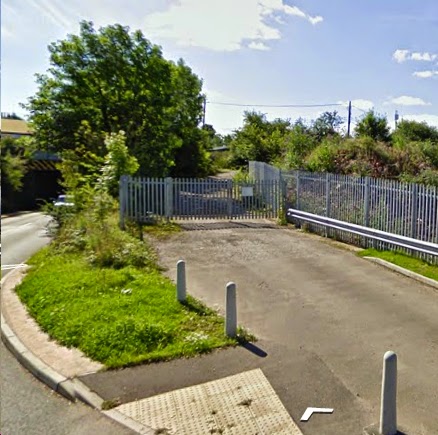 ... except the expected industrial sites.

In 1884 a line was opened between Morebath Junction and Tiverton  allowing a service to run south from Dulverton. 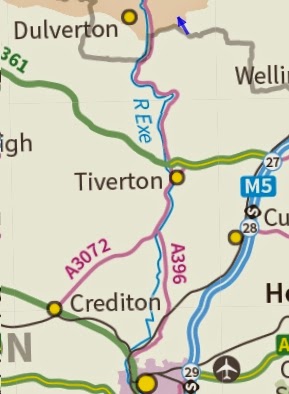 The line was completed south to Exeter just under one year later via a junction and station at Stoke Canon ...

... again consigned to oblivion. All closed in 1963/4. Oblivion consigning was equally satisfactory in Tiverton itself where a splendid station ... 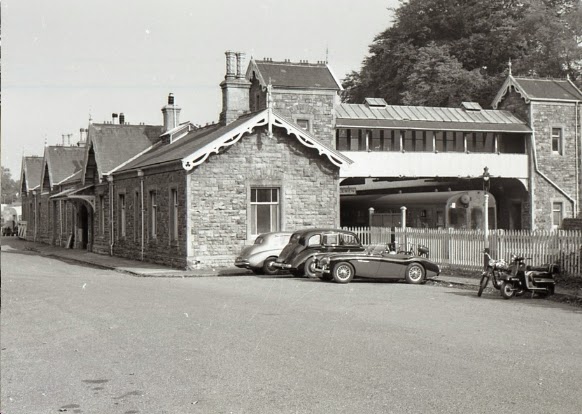 ... soon bit the dust to be replaced by a town centre avoiding road. 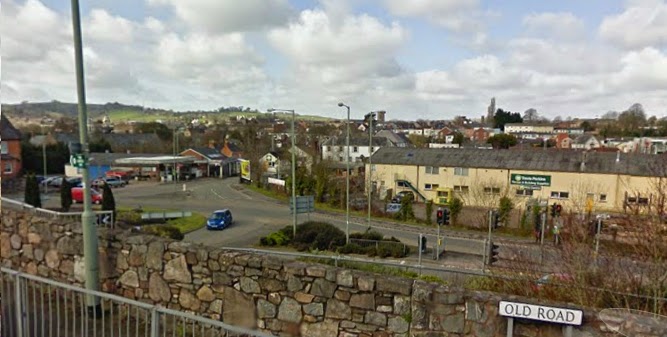 But lucky old Tiverton was given a second station called West Exe!

This station was opened on 19 March 1928 to serve the western side of Tiverton and Heathcoat's Mill, a major employer in the town. It was equipped with a wooden shelter, and the original 109 feet (33 m) platform was almost doubled in length in May 1937. 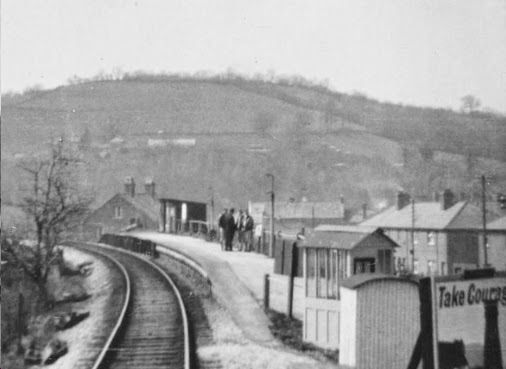 It was generally unstaffed, but at busy times a porter was sometimes sent from Tiverton to collect and sell tickets.

Ironically, the observant explorer can (just!) spot the site today.

There is an otherwise unexplained grassy mound with a row of cottages still standing beyond. 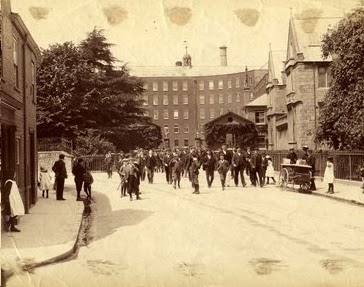 ... still stands in its little cul-de-sac off West Exe North. 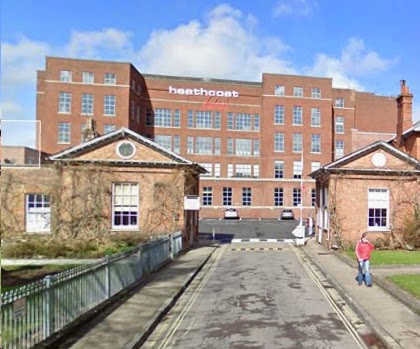 The factory was destroyed by a fire in 1936, but rebuilt and adapted to make "hard" items as well as textiles. In the Second World War, it made parachutes, aircraft components and agricultural machinery. It has provided lace for several royal weddings including that of the present Queen and the net for the late Princess Diana's wedding veil.

In the second half of the 20th century, the Heathcoat factory became increasingly mechanised. John Heathcoat and Co was taken over by the Coats Paints group in 1969, while a management buyout in 1984 enabled the firm to operate independently. Today the factory is known as Heathcoat Fabrics. It employs 438 people and supplies a range of apparel and high technology textiles to markets around the world. 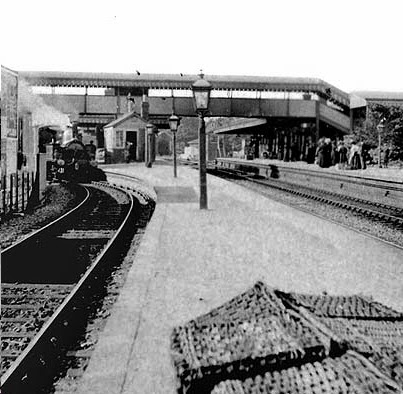 ... remained in use until 1986, although nothing juncted post 1964! It was replaced by Tiverton Parkway, one of a new breed of stations not associated with towns and cities but designed to act as a railhead for a wide area. 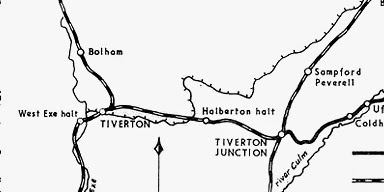 Tiverton Parkway was built on the site of Sampford Peverell Halt (closed 1964) ... 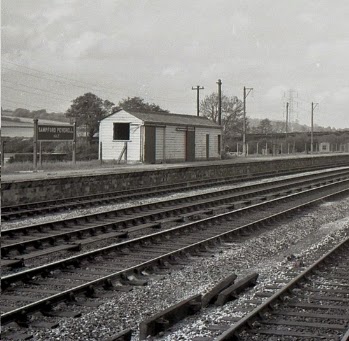 ... and could best be described as basic! All facilities are gathered in a single storey building on the "up" (to London) side. 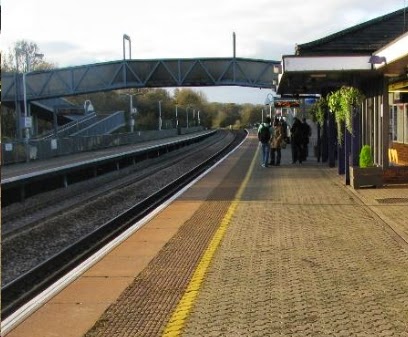 The "down" (south-westbound) platform manages to make an inter-city station look like a badly used commuter halt! 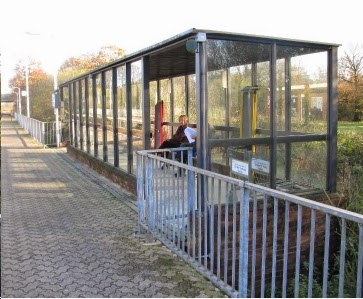 Not much better than Sampford Peverell. Neverthless, it should be possible to travel from Seaton to Axminster, thence to Exeter St Davids for a train to Tiverton Parkway and a bus into the town.

fbb will continue his investigation tomorrow. 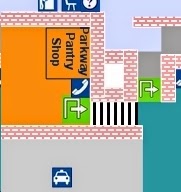 ... one of the station facilities looks intriguing. Parkway Pantry, the place for all your booze? 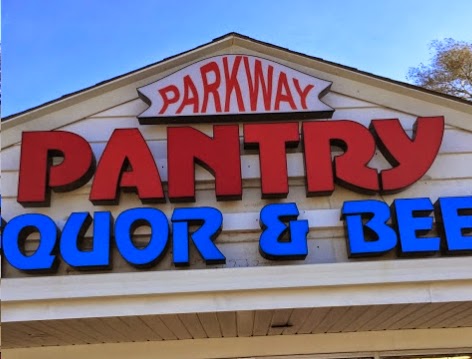 ** Traipse - a very juicy word that needs to re-enter our vocabulary. It means "to take a tedious or tiring journey". A possible clue to the contents of tomorrow's post?


Next rail/bus blog; Tuesday 3rd February
Posted by fatbusbloke at 02:00