Ah, the happy days of childhood! Clayton Moore played the hero and his faithful companion Tonto was acted by Jay Silverheels, who was a genuine Mohawk from the Six Nations Indian Reserve in Ontario, Canada. But this series of blogs, using material supplied by our Northampton correspondent, is not about the masked crusader for right and good, assisted by his silver bullets and the ability to defeat any baddy (multiple baddies?) in a fist-fight!

So, in a quick and inconsequential leap, let's take a trip from Northampton to Crewe, leaving after 1000 on a weekday. All fares are shown with Senior Discount where available.

The quicker route arrives in Crewe at 1147 but costs twice an much as the slow route arriving three quarters of an hour later. Why?

It involves travelling south from Northampton to Milton Keynes, thence by super-duper Pendolino to Crewe. And Mr Branson and his chums charge high fares for the privilege; far higher than the modest extra mileage deserves.

The slower route is by London Midland all the way.

To add to the confusion, if you wished to depart after 0900, the London Midand fare remains but the Virgin based price leaps even higher ... 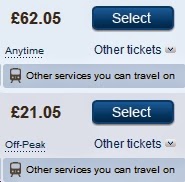 ... presmably because the old fogeys' railcard is not valid before 0930 on Virgin but, apparently, is valid on LM.

But as Chris Tarrant was wont to say, "but we don't want to sell you that!" The journey can be cheaper than £21.05. Of course it can be very much cheaper if you buy restricted "Advance" train-specific deals.

... West Midlands Day Ranger. For some strange reason, these tickets do not feature prominently in the train companies' publicity. Under the revenue allocation mega computer program, for example, London Midland will get most of the £21.05 off peak day return, but will have to make do with a minority share of the £16.35 ranger revenue. they will have to share it with Arriva Trains Wales; Chiltern Railways; East Midlands Trains; First Great Western; Northern Rail; Virgin Trains;and Cross Country. the Ranger is accepted on bits of all these.

The ticket is valid from 0900 Monday to Friday (all day Saturday, Sumday and Bank Holidays) over a wide range of lines radiating from Birmingham as shown on this map (click on it to enlarge). 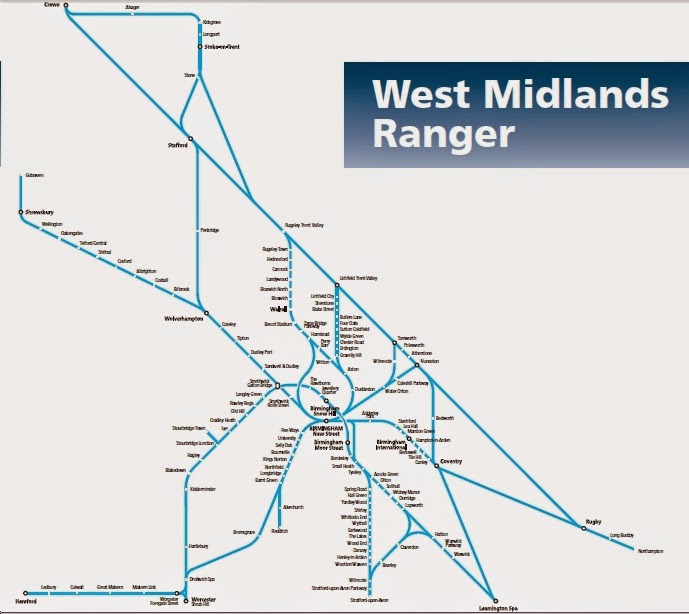 the extremities are:- Northampton, Crewe, Gobowen, Hereford, Worcester, Stratford upon Avon and Leamington Spa but it CANNOT be used between Crewe, Shrewsbury and Hereford direct. LM does produce a leaflet ... 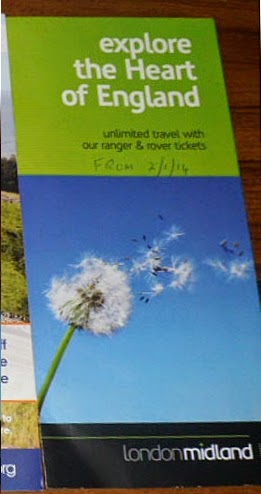 ... with an inaccurate validity map, but finding details on line is challenging to say the least. Fortunately correspondent Alan has provided this link ...

... which lists oodles of these delights nationally; well worth a browse.

Anyway, Alan was setting off to the Stafford Model Railway Show. Here the fares options are even more insane ...

... with all fares except very restricted "Advance" being dearer than the wide ranging ranger. Once upon a very ancient time, by the way, there used to be weekly rangers. fbb well remembers his teenage years spending a week chuntering around the East Midlands version thereof for a truly insignificant outlay. And back in those antediluvian times there were less trains (and in the case of the West Midlands version, less routes!).

Alan, of course, bought the Ranger and used it for a somewhat circuitous route home; of which more in due course.

And finally; The Lone Ranger never removed his mask, appearing undisguised only in disguise! Here's what he (as Clayton Moore) really looked like. 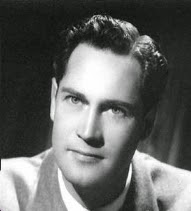 Next rail blog : Tuesday 10th February
Posted by fatbusbloke at 02:00