A bus stop sign serves many purposes. It shows the driver where to stop; it shows the passengers where to wait but, more importantly, it is a beacon of bus news for that location. Or it should be. When bus travel was the norm, there was little need to do much except say what it was. 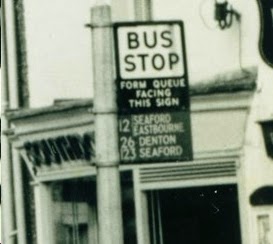 But nowadays, that "flag" (the technical term) can be, nay should be, one of the key means of advertising a bus service. 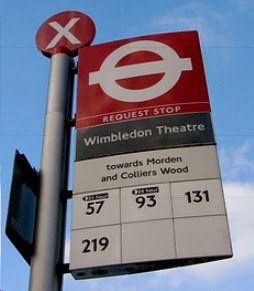 London has been "getting it right" since the 1930s. Most of the PTE areas have set out their stall to some effect. 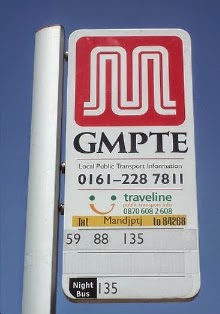 On the continent signs are usually clear and up to date ... 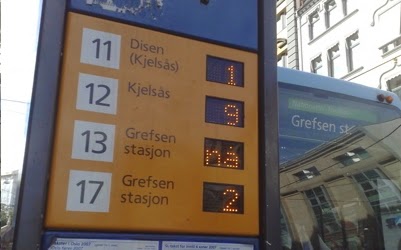 ... even in more rural areas. This was for a schooldays only route ... 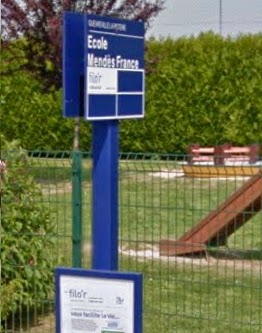 ... at Quéreville-la-Poterie near Rouen. It is for the only bus service to the village.

And then there's Falmouth. Things have moved on since fbb commented last year. This bus stop ... 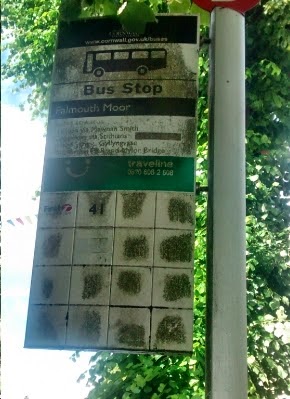 ... has been dramatically improved, as you see. 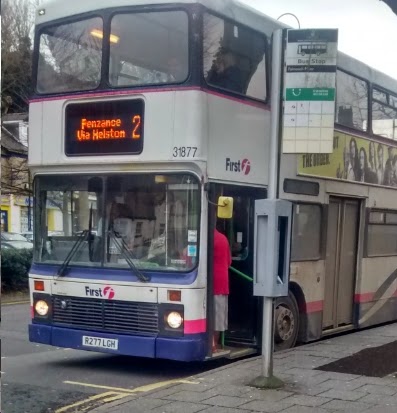 Ah, you can't see? That's because bits of sticky-back plastic have been stuck over the old grotty numbers and a new clear and obvious number has been added. 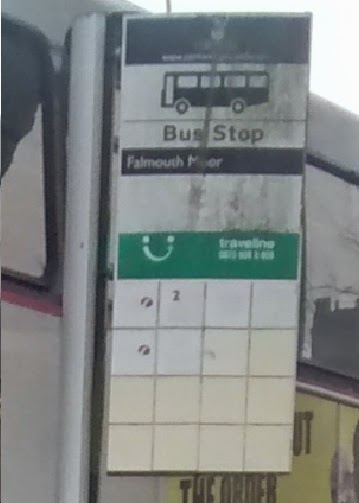 Up on the busy Dracaena Avenue, the main road which carries the prestigious new U1 and U2 routes to Truro and Redruth respectively, this is what we find on the flags. 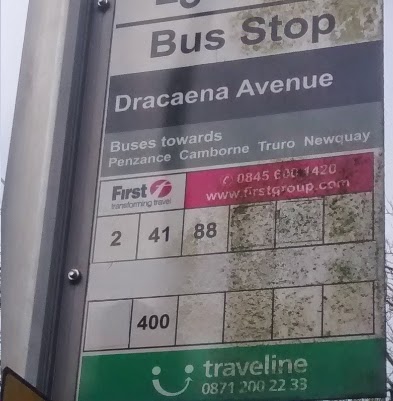 One or to minor problems with this informative sign.


1  No buses run from this stop to Camborne

2  No buses run from this stop to Newquay

5  Service 400 does not exist having been withdrawn without replacement.

6  The phone number for First is wrong

No doubt the man fom First will tell fbb that bus stop flags are the responsibility of the County Council; to which fbb ripostes, "Would Tesco be satisfied with out-of-date direction signs to its stores?" And, lest you thought fbb was being picky, (perish that thought!), ALL the bus stops along the U1/U2 route in Falmouth are equally wrong. 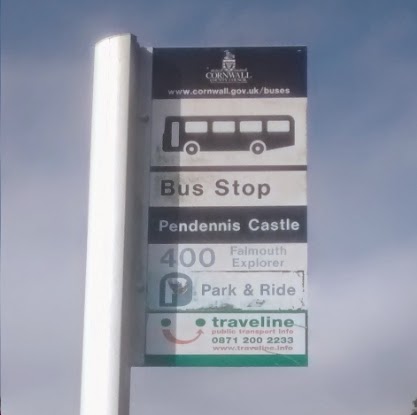 ... visitors to Pendennis Castle will have a very long wait.

Then again; this is Cliff Road ... ... where be hotels and guest houses a-plenty. All along the road, on both sides, are high quality bus stops with high quality named flags. Very impressive, just as it should be. 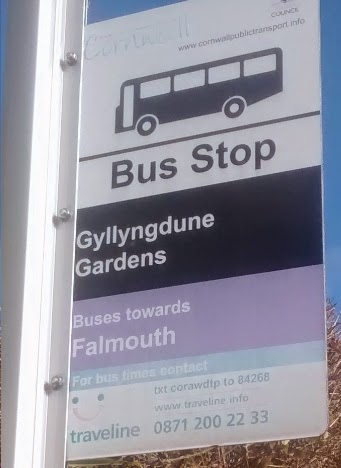 What good onminbological happenings will be available here, for example? 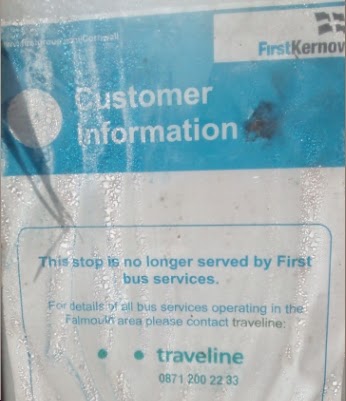 Clearly nothing from First. The stop opposite claims to be served by Bus FS1 ... 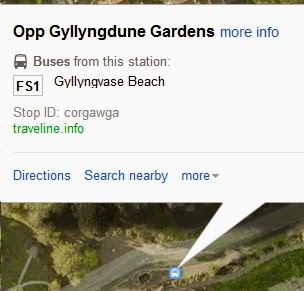 ... (of which more later!) but the stop opposite "oppsite Gyllungdune Gardens" is unserved by any bus and had been so since October 2013. SO WHY IS IT THERE?

The bus stop "flag" situation in Falmouth is dire. It is beyond belief that a company (First) that claims it is providing a much improved service throughout Cornwall should tolerate such an appalling level of non-information. It is beyond belief that Cornwall Council, which spends £11,298,000 on supporting bus services, should be utterly incapable of keeping its own stops up to date. Heads need banging together until it really hurts.

No, until it really, REALLY hurts.


Next bus blog : Thursday 19th February
Posted by fatbusbloke at 02:00