by bus car and/or ferry 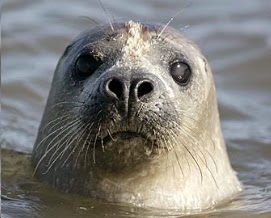 The seal of St Mawes was Azure, a bend lozengy Or between a tower in the sinister chief Argent and a ship with three masts, the sail furled in the dexter base of the second, with the legend "Commune Sigillum Burgi de St. Mawes al Mauditt." Thus spake Wikipedia.

So now you know. It may be clearer if there were a coloured photo of the real seal deal, one feels! But such a graphic appears unavailable on the interwebnet. [Azure = blue; Or = gold; Argent = white; dexter = right hand; the rest is straightforward????] 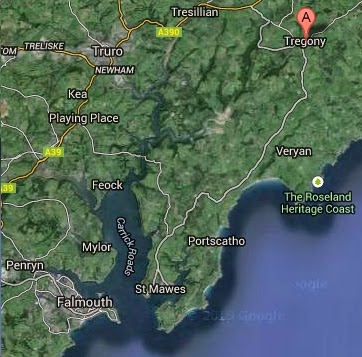 The Roseland Peninsula sort of starts at Tregony and finishes at the picturesque tourist town of St Mawes. A highlight is St Anthony's Head complete with proper working lighthouse. 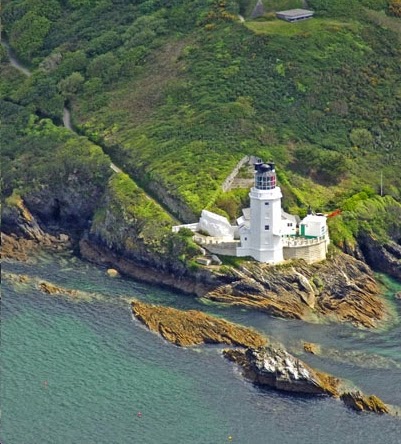 St. Anthony's Lighthouse was built by Trinity House in 1835. Up to 1954 the lighthouse possessed a huge bell, as a fog signal, which hung outside the tower. 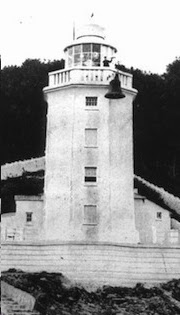 It was replaced by a modern fog horn positioned 10.7 metres above high water level on a platform. In the same year the lighthouse was connected to mains electricity. Saint Anthony’s Lighthouse was automated in 1987.

Some blog readers will remember the televisual delights of Fraggle Rock and its opening captions. Yes, that is St Anthony Head lighthouse.
So let us explore travel possibilities from, say Truro.

Tour 1   via Falmouth (bus) and Ferry
In summer, boats leave either of the two quays every 15 minutes.

So a typical journey by bus and ferry on a Saturday might be:- 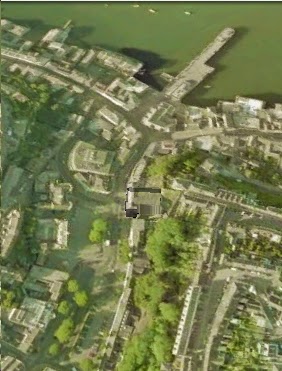 Total time  One hour and 15 minutes

For those arriving at Truro by train, the Falmouth Branch Line beckons. 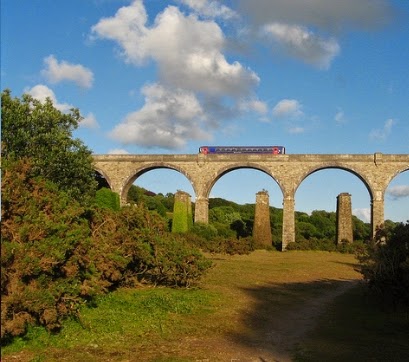 Tour 2   via Falmouth (train) and Ferry

Trains now run every 30 minutes thanks to a swish passing loop thingey at Penryn station opened in 2009. But it wasn't quite as simple as that. The old "up" platform (to Truro) has long since been disused and to reinstate it would have cost zillions of pounds for ramps, lifts and all such stuff. So the clever little people at Notwork Rail built an extra long platform. 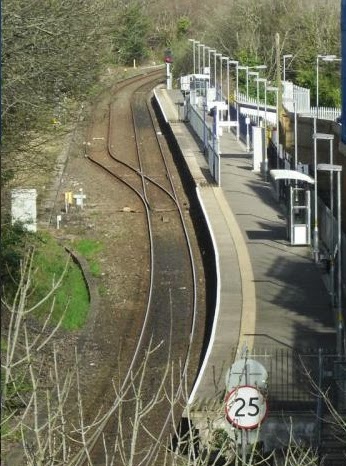 The train to Truro nips into the top bit of platform and chunters awhile. The train from Truro passes it via the new passing loop ... 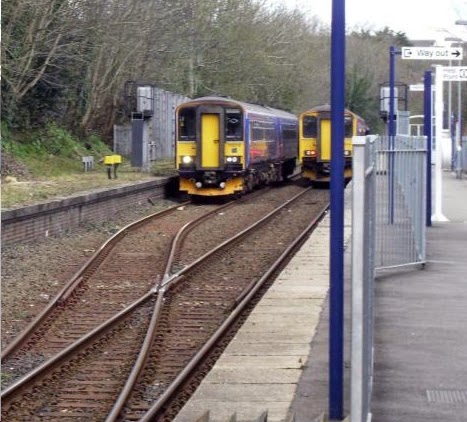 ... picks up the Falmouth-bound passengers and both units set off happily.

Our considered schedule needs an 0920 departure.

Falmouth has the dubious luxury of three stations, none of which is particularly well-placed for bus interchange. The best of a bad lot is Falmouth Town. 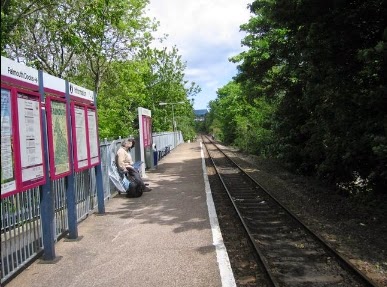 The station was opened as Falmouth by British Rail on 7 December 1970 when the branch line was cut back by 845 metres (924 yd) to terminate here. The platform was constructed using components from Perranporth Beach Halt which had closed in 1963. It was renamed The Dell on 5 May 1975 when the original Falmouth station was reopened as Falmouth Docks.

The Dell was renamed again, this time to Falmouth Town on 15 May 1989.

It is a reasonable walk ... 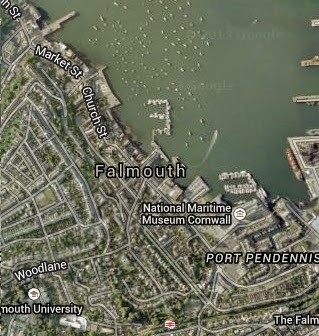 ---------------------------------------------
Profuse and Grovelling Apology
Not everyone who reads these blogs had the pivilege of being an old crusty and thus able to avail themselves of free bus travel. As a further contribution to life, the universe and everything, fbb whizzed off fares queries to first, First; and then to Western Greyhound (the latter for tomorrow's post).

The ailing old dog of the west answered the query fully.

Top quality, eh? It must be very hard, looking up a fare table. 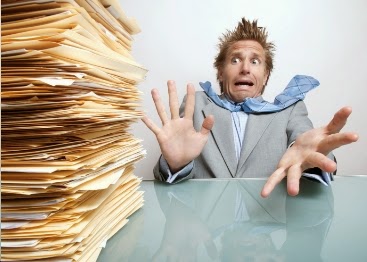 Next bus blog : Friday 20th February
Posted by fatbusbloke at 02:00