Something for the Weekend - Again 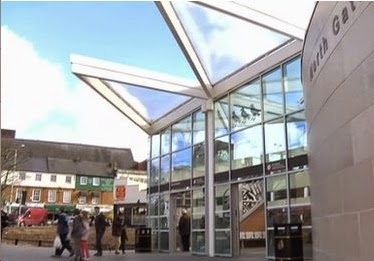 March 1st 2015 is an auspicious day. It marks exactly one year since Nrthampton's bus station opened. Called Northgate (or North Gate) because it is nowhere near the north gate of the old walled town; it has been a bit of a problem since inception.

It is too small; most services don't use it and it is difficult to get to (by bus) with many junctions and turns. The general view from 12 months before it opened was that any minor happening around the town stood a good chance of causing an unfathomable cloggage.


A small section of Sheep Street, opposite where the Salvation Army Citadel used to be, was closed due to a burst water main. 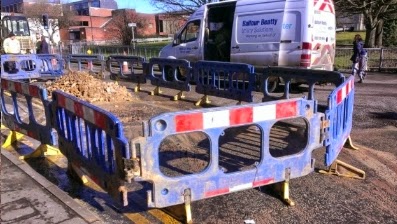 This small hole in the road once again revealed what a disaster for the town Northgate Bus Station is as all traffic stopped and was still like that when I left about two hours later. 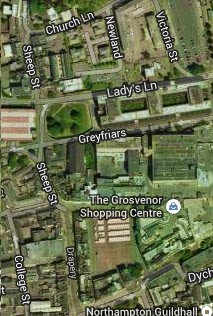 ... were being advised to walk from Northgate (at Sheep Street bottom left) to Abington Square (A5123 upper right) to catch their bus which was presumably turning short to avoid and reduce the chaos. 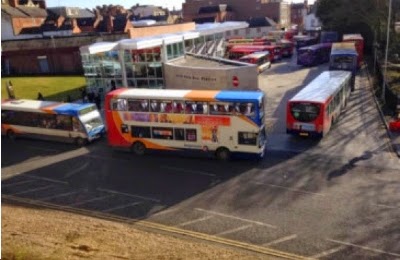 We await some information from our councillors about what they are going to do about this sort of problem; predicted from the very start of the project. A good start might be to give some Northampton drivers a reminder about what a box junction is for.

Meanwhile, thee local press seemed unconcerned about the utter chaos faced by bus passengers, instead focusing on the poor motorists. 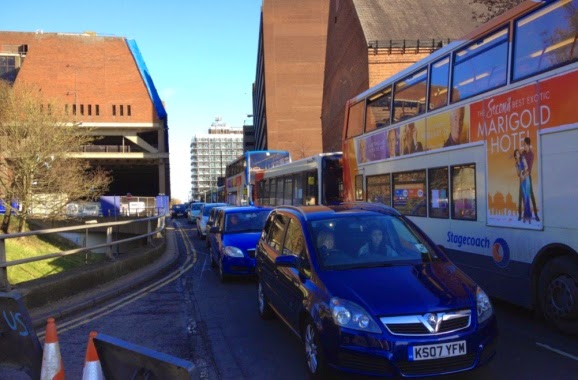 Traffic is queuing around Greyfriars, Lady’s Lane, Victoria Street and Sheep Street with motorists at a near standstill.

One driver said it had taken him 25 minutes to get out of the Grosvenor Centre car park. Another said they are stuck on the fifth floor of the car park with ‘no sign of moving’. Maureen Houghton had been waiting for more than 30 minutes in Grosvenor car park.

She said: “This town is a nightmare."

All together now, "WE TOLD YOU SO!"


In a recent blog, fbb reported that a large number of service changes had been registered with the Traffic Commissioners. The chubby one was mis-informed as WG has NOT registered a competitive route to Falmouth - yet.

A local correspondent advises that many of the changes are to time WG buses five minutes in front of the competitive First Kernow (FK) services recently started.

Of course, First can now re-register their services five minutes in front of the new WG times and thus the silliness continues to the ultimate detriment of the passengers' sanity. 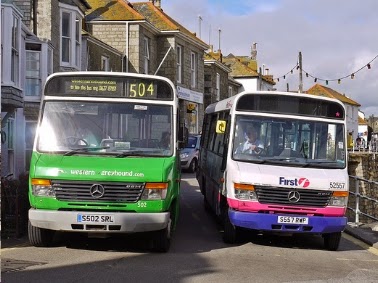 Past competition - at Mousehole

An increased vehicle requirement for a company that can't run what it has registered now; sensible competition or commercial suicide? 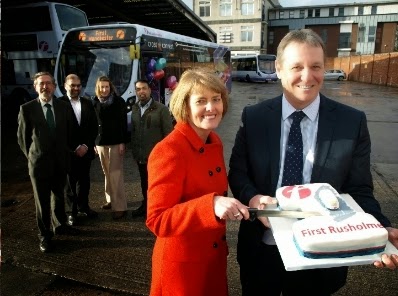 First is celebrating the first anniversary of running bus services from Rusholme since the acquisition of Finglands in February 2014. The celebration was marked today with the now-obligatoy cake. The key highlights of the first year are: 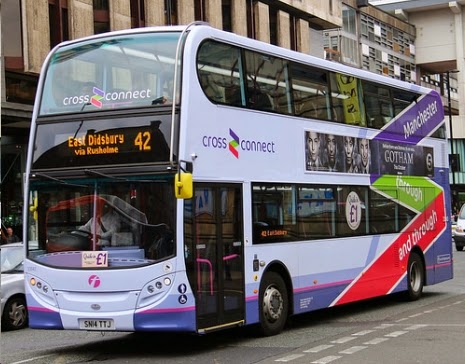 The 42 links the North Manchester General Hospital with Hospitals and Universities on Oxford Road, improving the daily journeys of many Manchester people.

First has also extended service 41 between West Didsbury and Manchester ... 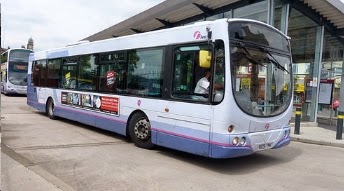 ... to create a new cross-city service to Eccles via Salford. The service has provided a direct connection between Salford University and Wilmslow Road opening access to Salford Royal (Hope Hospital) from South Manchester.

Pictured cutting the cake are First MD Theresa Broxton and Chair of TfGM Andrew Fender. The takeover of Finglands took First deep into Stagecoach territory and into fierce competition along the Oxford Road 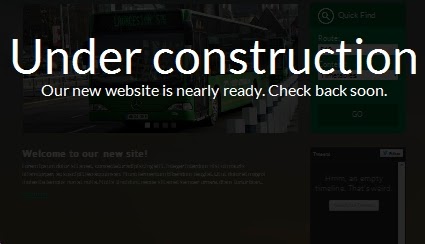 At 0900 testerday, Western Greyhound was working on its new web site. Although why that involves deleting thee old one is not at all clear. Built and test new site off line, then upload, deleting the old; that's the way to do it!

Next rail blog : Sunday 22nd February
Posted by fatbusbloke at 02:00