A Traipse to Tiverton [2]

Thus wrote fbb yesterday. Our revered government closed down Transport Defunct on the grounds that "other suppliers" were providing similar services. One of which was Google Transit. The occasional outbreak of hilarity often brightens the old man's dull and turgid days, so for an inspiring giggle, fbb enquired of the global gorgon that is Google. 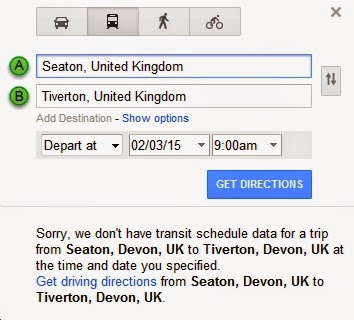 The result was disappointing for a traveller but ludicrous as expected. And, lest our Google-supportive readers accuse fbb of entering the wrong place names, the map confirms "A" and "B" as hunky and dory. 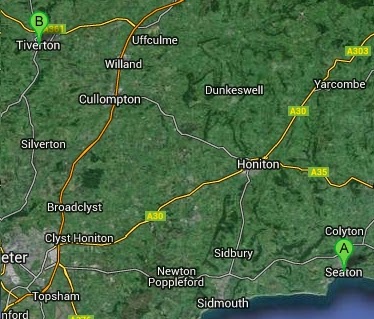 In preparation for this blog, the enquiry was made at 1730 last Saturday and repeated at 2000 ditto; it was re-checked yesterday at 0900.

OK let's try something else. 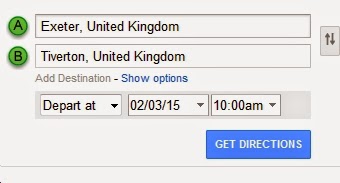 Google offers a true traipse with a total "transit" time of ... 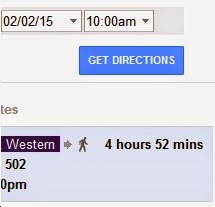 ... just under five hours. Seems a bit slow, doesn't it? But there is a good reason for that as the map reveals. 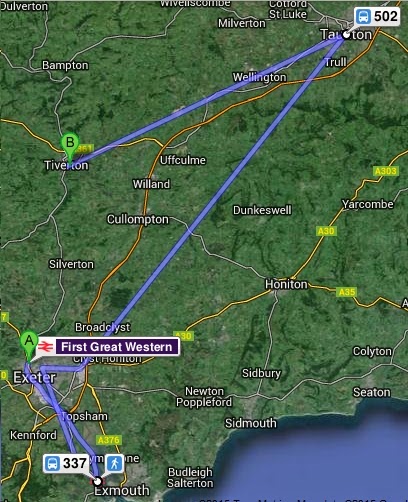 Something doesn't look quite right? 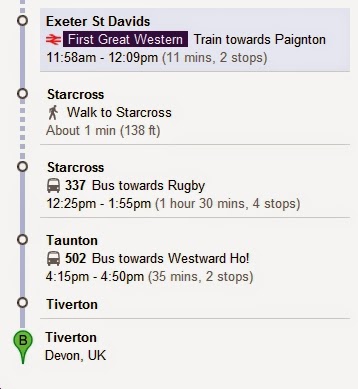 Train from Exeter south to Starcross, National Express 337 to Taunton then National Express 502 to Tiverton. Easy peasy. As well as the route's being double barrelled tosh, the 337 doesn not stop at Starcross anyway!

fbb never thought that he would write the next sentence.

Thank goodness for Traveline! We are offered a selection of sensible options:- bus to Exeter then Stagecoach 55 to Tiverton, for example. 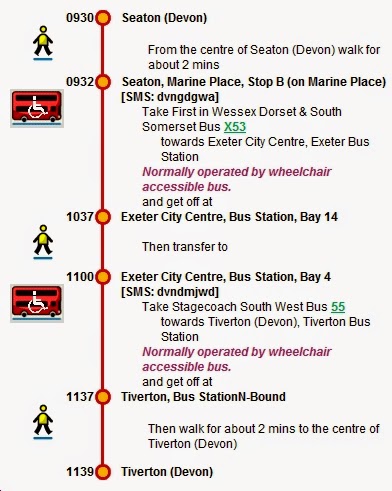 Or Auntie Frances' Axe Valley Travel bus to Axminster, train to Exeter and thence 155 to Tiverton. 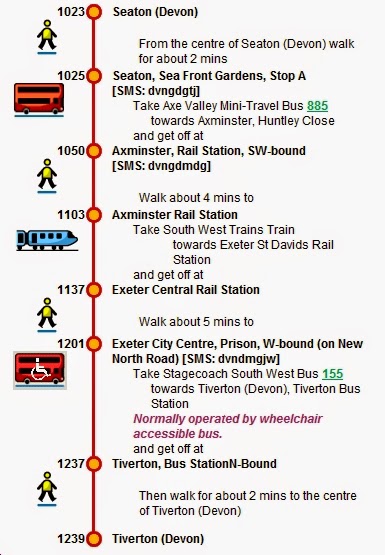 Both options are hardly slick at just over two hours (23 miles as the fly crows, 33 miles by road) but a tad better that Google Transit's five!

Traveline also provides a map showing the walk route from Central station to the 55/155 bus in Exeter. 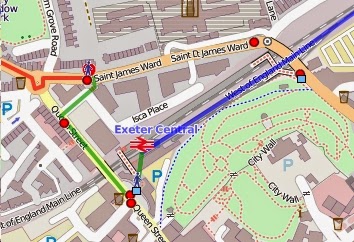 This is good, but not the best option. Better is to walk back along the platform to the eastern station exit ... 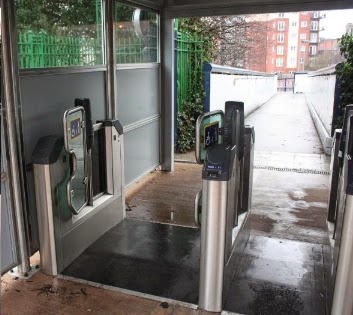 ... where the luxuriously appointed bus stop, complete will full timetable information, shelter and seat (in your drams, buster!) ... 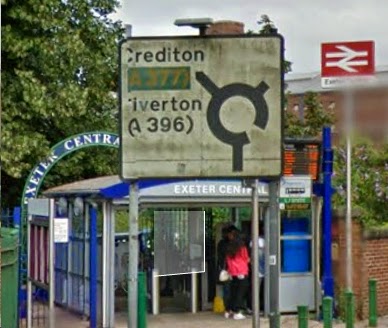 ... is right outside the barrier shed. But that version comes from someone who knows, not from a computer program which doesn't!

The 55/155 bus service runs every 30 minutes during the day, Monday to Saturday; but watch out for the difference between a 55 and a 155. 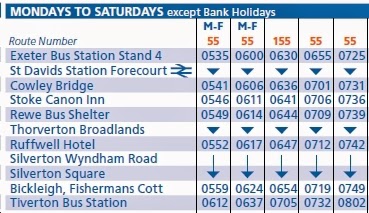 There isn't one! 155s merely continue from Tiverton to Barnstaple every two hours.

But no mention of anything via Tiverton Parkway.

P.S. According to their own web site (timetable search), Stagecoach does not operate a service 55. 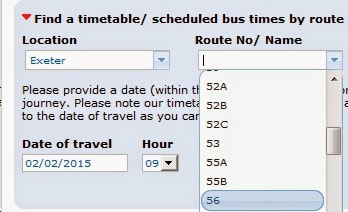 Well, you can't have everything.

Next bus blog : Wednesday 4th February
Posted by fatbusbloke at 02:00