Bits and Pieces : Something for the Weekend

Last week, fbb extolled the virtue of the word "traipse"; but, lo and behold, our Northampton correspondent guided fbb to Radio Times and its puzzle page 155. The print version of  the "Only Connect" connecting wall looked like this:- 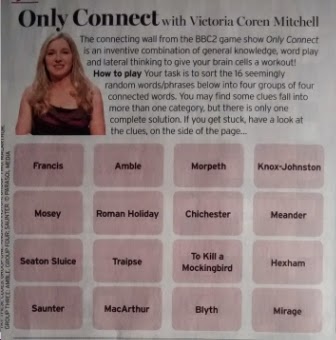 And there was the word "Traipse" 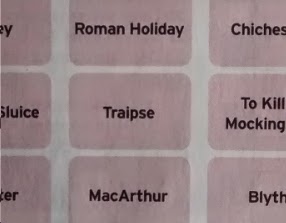 But now, a video to watch:-
It is a scene that is reminiscent of one of the side-splitting moments of comic smash Austin Powers: International Man of Mystery, but for the driver and passengers on this Norwich bus it was no laughing matter. Bus bosses said the driver ended up in a fix after reading no access for any vehicles “except buses” on road signs which a City Hall spokesman has confirmed are to be “adjusted to eliminate any ambiguity”.

So it was that one of Fearnley's finest set off down Magdalen Street in Norwich and came face to face with an impenetrable wall of plastic barriers. Austin Powers, eat your heart out!


And another one!
But embarrassing videos are like apocryphal buses; you wait for ages and then two come along together. This time it is another set of road works and a rather lumpy mini roundabout at Holts in Odham.  Service 425 runs via Wildmoor Avenue, terminating at the end of the loop. 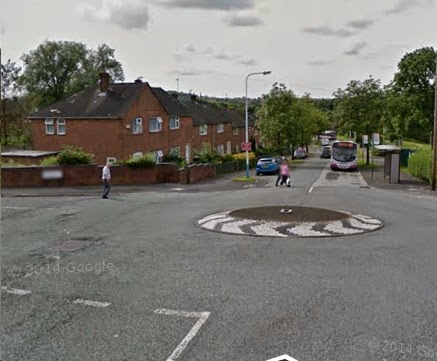 Buses then do a "U" turn round the roundabout and return to the Centre. 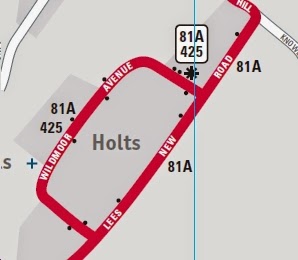 Only this one didn't!
Kerrrunch!

We've Got a Green Capital.
On a more positive note; did you know that the UK now has one of these?

The European Commission recognises success in creating green cities with a high quality of life. This prestigious award gives the successful recipient a unique opportunity to further enhance the their reputation for creativity, culture and innovation.

It was awarded due to Bristol's ability to demonstrate rapid progress, and continuing ambition, across a wide range of quality of life, environmental and green business aspects.

Or was it just that Bristol filled in a questionnaire and paid the fees? Whatever the "value" of this award, First Bus has just launched its "Green Capital" logo. 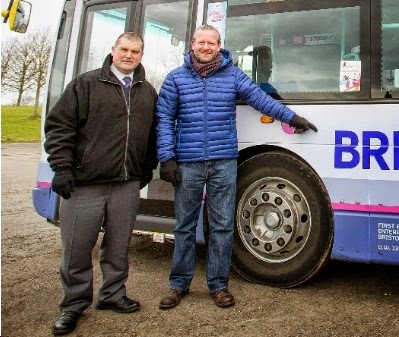 Bradshaw is also a member of BLASJC**; so three hearty cheers for that positive contribution to Public Transport.

The "Green 2015" logo also appears on the latest batch of Streetlites, also "unveiled". 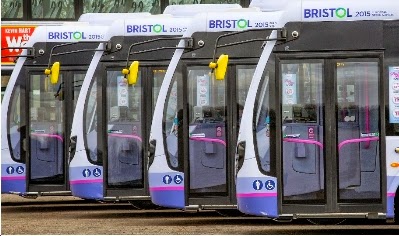 ** For those who have forgotten what the slick and memorable acronym BLASJC stands for, it is the Bus Lane Adjudication Service Joint Committee.


Next rail blog : Sunday 8th February
Posted by fatbusbloke at 02:00