A Traipse to Tiverton [4] 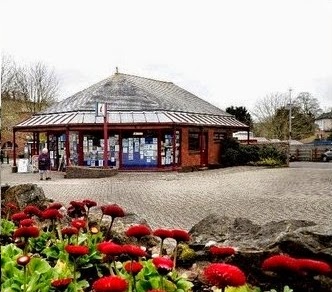 Until the middle of 2013, Tiverton's tourist information centre was housed in a purpose-built building at the end of the bus station. After moving to the museum (see yesterday's blog - read again) the site remained empty until Summer 2014. A local team took over the lease for a cafe. 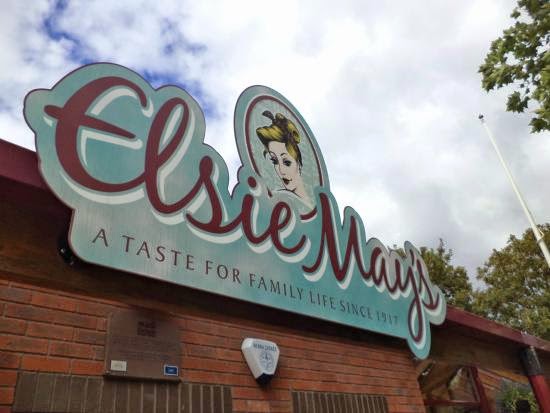 It is being transformed into a cafe/coffee shop, albeit one inspired by the style of the 1940s and '50s. The shop is named after the owner's late grandmother who was well-known in the Tiverton area for her professional cake-making and catering skills. The new business will comprise a family run cafe selling tea and coffee, as well as cold drinks, cakes, freshly-made doorstep sandwiches and baguettes, breakfasts, salads and other snacks.

In the window was a notice the like of which fbb has never seen before:-

What a superb idea. Once inside, there was a strong 40's theme including the period dress of the "baristas". A side room was particularly delightful, set up to represent a real historic living room. 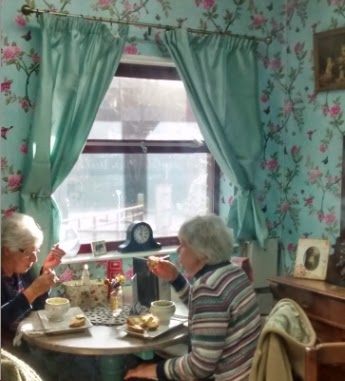 The item of furniture glimpsed on the right is the original dressing table made for the original Elsie May's wedding. Nice touch. The coffee was good as well.

But we must get back to the work in hand. In yesterday's blog, fbb commented that the bus station seemed disappointingly empty. But between 12 noon and 1300 (approx) everything happened with a great congregation of bus services whizzing in and out. 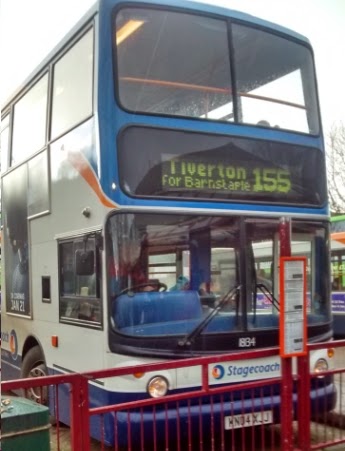 Service 55 and 155 run every 30 minutes direct to Exeter; 155s continue every two hours to Barnstaple. Occasional journeys are numbered 55B ... 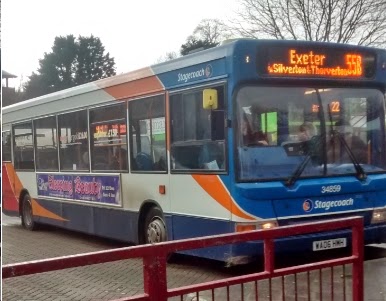 ... and divert via Silverton and Thorverton villages, off the main road. 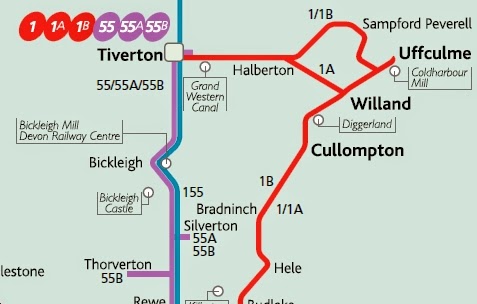 Once an hour the 1 appears; disgorging its happy passengers, few of whom have interchanged at Parkway station. Because it's Stagecoach, there are full timetables in the frame. 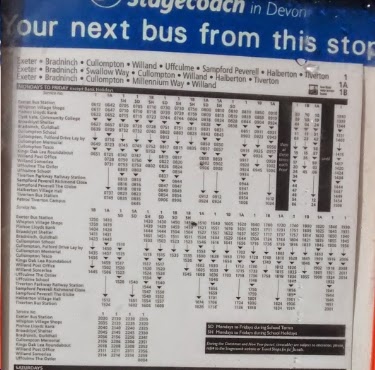 Indeed, every stand had full timetables ... 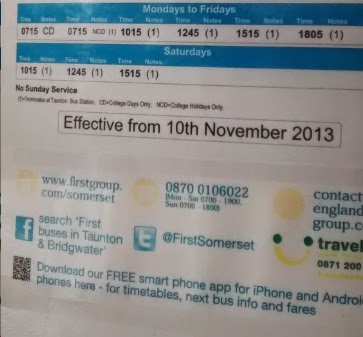 Correct! It is the non-existent First Buses in Taunton and Bridgwater or maybe First Somerset, who knows? Note that the service is shown as terminating at Richard Huish College ... 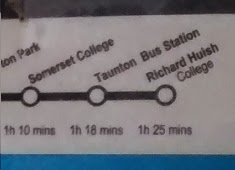 ... but with every journey except one carrying a note (1).

Oooh, look, note 1; eight out of the nine departure times shown only run as far as Taunton. Daftness supreme. Here's what should be there, suitably enlarged ... 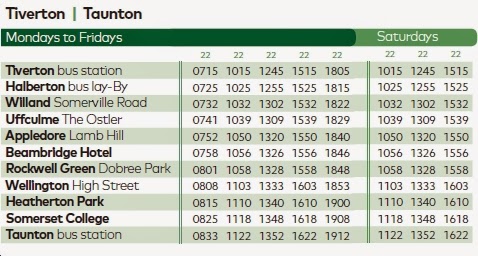 ... with no mention of Richard Huish College.

You can buy a monthly ticket for ... 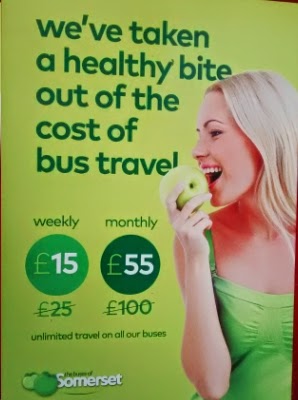 ... "Buses of Somerset" [BoS] but, of course, that company doesn't run any buses at Tiverton, as far as the confused passenger can tell. Brand awareness? What brand awareness? While fbb observed, a 22 arrived and departed. 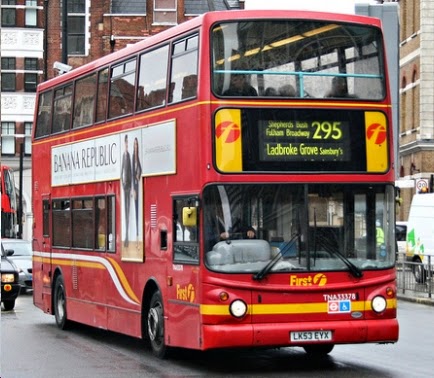 The former London cast-off was in the smart BoS livery but the engine sounded as if it were about to fall out of its compartment in a heap of bits. 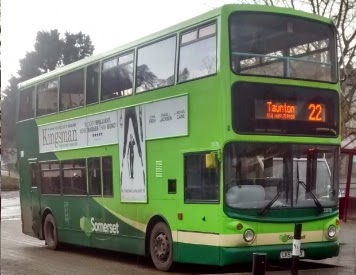 Chug chug, clunk clunk, ping ping as it left in a cloud of (possibly illegal) exhaust smoke. Undoubtedly the worst sounding vehicle of the day, fbb hopes it made it back to Taunton in one nearly working lump! Although which way it might go remained a complete mystery. With the high commitment to quality infomation (NOT!) it is no surprise that the service has been cut back time and time again.

There were no maps for any of the routes serving Tiverton; this despite an excellent "local" diagram in the appropriate Devon county timetable booklet.

But it was the so-called "independent" operators that claimed the majority of stand space at this busy lunch time concours d'elegance omnibological.


Next bus blog : Friday 6th February
Posted by fatbusbloke at 02:00