We Really Need a Pub. 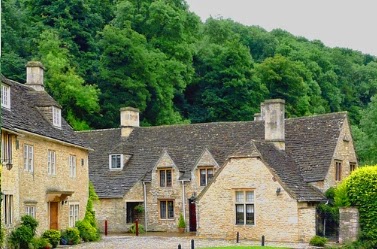 The village of Colston Cross offers much of architectural merit, but several buildings have real human stories to tell. Opposite the site of the former station is the village inn, named “The Station Bobby”. The building was erected by local brewers Holditch and Tytherleigh in 1931 and extended at the front in 1959. It replaced a decaying hostelry dating from 1806! H & T was taken over by Whitbread in 1984 and several of their pubs were sold.

But it is the pub's name which is of particular interest. In 1853 the Cranbrook, Cullompton and Crewkerne Railway began serving Colston Cross. In December of that momentous year, the morning goods train became derailed in the station and attempts to contact the next signalman along the line (then called a "railway policeman") failed because of a poor quality telegraph signal. Broadband problems are nothing new! 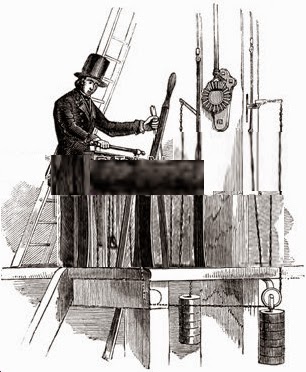 The Colston “policeman” was Robert Nobbs, a bit of a local character. Faced with the very real possibility of loss of life if the following passenger train collided with the goods, he poured a large tin of the railway company's red paint on his uniform tunic and ran towards the oncoming train. After a three mile dash he met the approaching train travelling at a terrifying 25mph. His slightly sticky makeshift “red flag” was spotted by the driver.

Fortunately the passenger train was thus able to stop and tragedy was averted. Nobbs was reprimanded by the company for leaving his post and the cost of paint and tunic deducted from his wages. Despite this ignominy, he became something of a local hero. 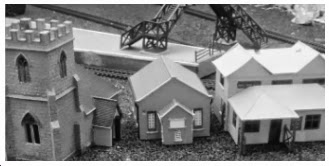 When the pub was opened, Nobbs' popular nickname was an obvious choice.

fbb has joined an informal model railway club which meets at Buffers model shop at Colston Cross near Axminster, just a short hop from a bridge over the main line from Waterloo to Exeter. The plan is to build a model layout to exhibit at the Thorncombe show in November. Although at present rates of progress, which November is debatable.

Members are making hills, a river valley and bridges ... 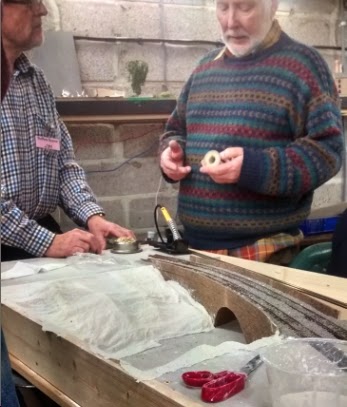 ... others are doing fiendishly clever things with soldering irons ... 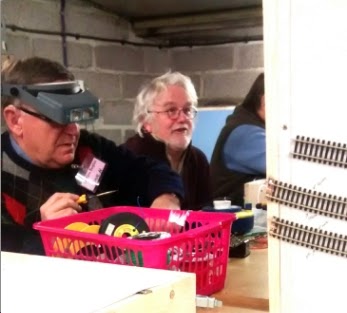 ... so that the pointwork can be moved electrically via clever litttle motors. 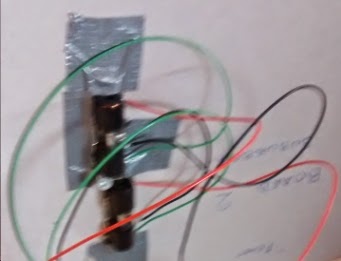 The less adept of the assembled throng are supposed to be making the various buildings which will adorn the layout.


fbb volunteered to make a model pub. But, so goes the edict, he cannot just glue a kit together; it must be obviously different from all the other pubs on other model railways. Pity; the Airfix Country Inn kit, first produced over 50 years ago, looked quite sweet. 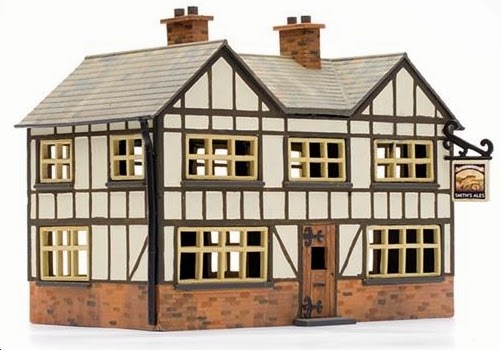 But, says the boss, not good enough, not original. A quick peer at the selection of kits on sale in the shop suggested that something might be created by adding bits of an Airfix bungalow as a "dining room extension" at the front of the building. 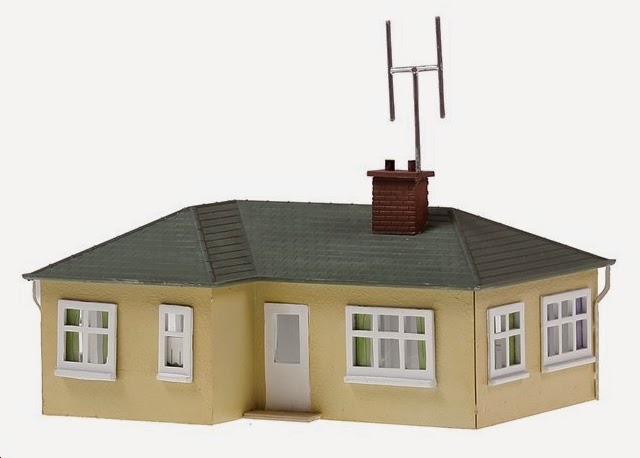 So, let kit bashing commence. To add to the transformation (?) fbb had some bits of signalbox left over from his first attempt at modifying a plastic building (see "Kit Bashing for Beginners" read again) so ideas began to morph into reality. 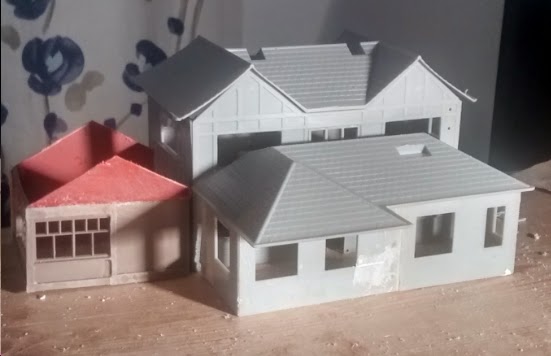 The country inn is now hidden signifcantly behind rejigged bits of bungalow with the ex signalbox remnants forming a sideways extension. But would the project be acceptable to Shirley**, the member in charge of the village buildings?

It was at this stage that fbb decided to write a back story as above, with a bit more to explain the sideways excrescence.

“The Station Bobby” was bought by the Fielden Family, of nearby Waggs Plot, in whose hands it remains today.

In 1991 the then landlady, Shirley Fielden, offered to allow a group of local model railway enthusiasts the use of an old outbuilding as a rudimentary club room and storage area. When Colston Cross signal box was deocmmissioned in 1997, the club chairman “obtained” a few panels from the demolition contractors. These sections were used to replace rotting walls and the “improved” facility was duly blessed by church minister Rev Ian in 1998. Therafter the club started calling itself the “Chuffers”. 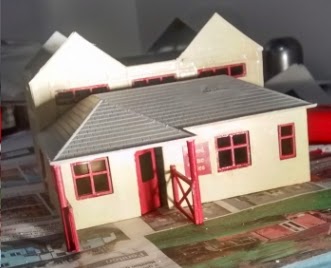 The 1930s fake half-timber effect has partially gone, the upper floor windows are changed and a proper entrance is being constructed. Much more is to be done, but fbb has got until November to finish it. There are better modern models of a village inn ... 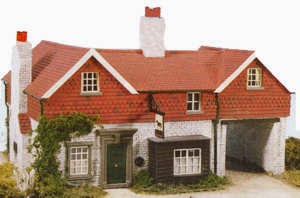 ... produced in pre-coloured plastic as in this Wills example.

But it's not so much fun as making your own and supporting it with a daft but plausible back story.

And this is a real pub at Cocking in Sussex. 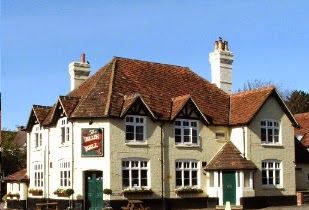 Or you could have this model pub ... 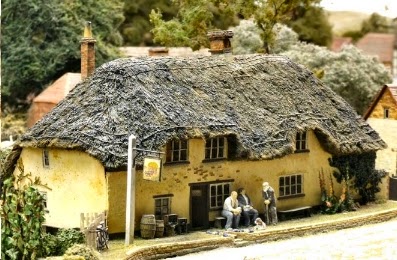 ... which is part of the mind-numbing displays at Pendon Museum, Long Wittering, Oxfordshire. Watching this YouTube video makes fbb's feeble efforts look, well, feeble. But Pendon's modellers have been at it since the 1930s! [Note: the video commentary says the Museum is at Pendon. Not so. Pendon Parva is a ficticious village on the huge Vale of the White Horse layout.]

**Shirley : Unlike former wrestler Big Daddy (Shirley Crabtree), this Shirley is that rarest of creatures, namely a female model railway enthusiast; not just "boys toys" but, for Shirley at least, "girls toys"!

Airfix kits for model railway scenery are now produced by Dapol but using the original moulds. fbb finds it very spooky that he is making up kits exactly as he did over 50 yeas ago.

Next bus blog : Monday 16th February
Posted by fatbusbloke at 02:00