Toys for the Boys?

As regular blog readers will know, fbb has returned to his childhood and started to build a very small model railway in the minimalistic back yard at Seaton Towers. 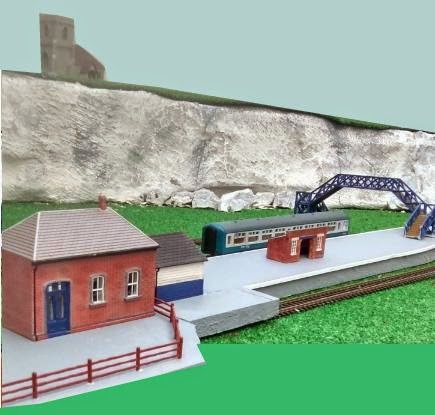 But model railway magazines and exhibitions can be profoundly depressing. The standard is so high. Of course, using computers, "photoshop" techniques and multiple exposures tacked together, you can always make something look good. This one has had sky and smoke added:- 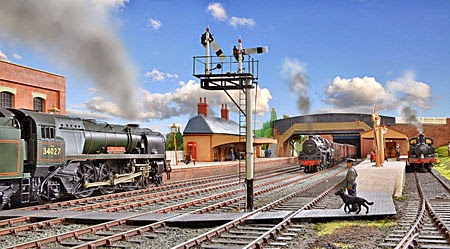 But the detail in the "N" gauge layout below is remarkable, considering that the gauge (distance between the rails) is just 9 millimetres (a little over ½ inch in old money):- 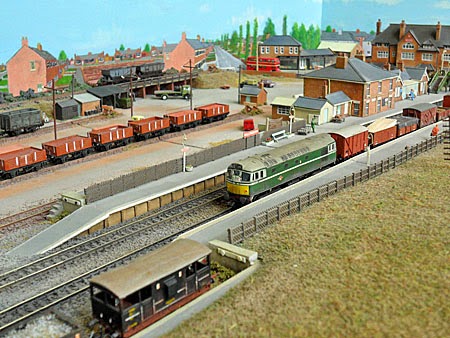 And his narrow gauge model is just exquisite ... 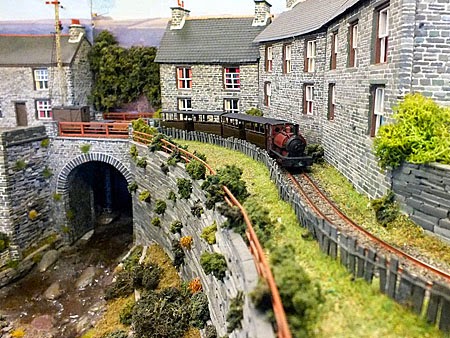 ... complete with scale slate fence so typical of the "Little Trains of Wales".

Faced with such skill, fbb might well give up and try cross-stitch instead; but would probably make a mess of that as well. In amongst all these lovely layouts at Stafford was one much more to fbb's liking. 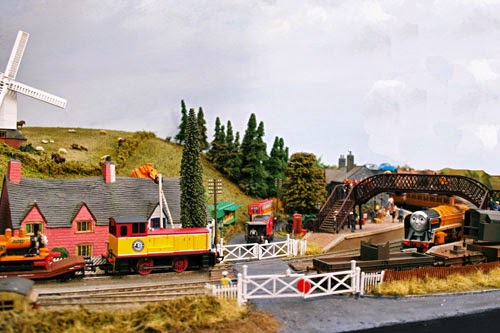 It was called "Hogsmead on Sodor" and was based very loosely on Rev Awdry's books and characters. Still looks good, though.

So correspondent Alan arrived at Stafford station and took the specially arranged bus link to the Exhibition venue. 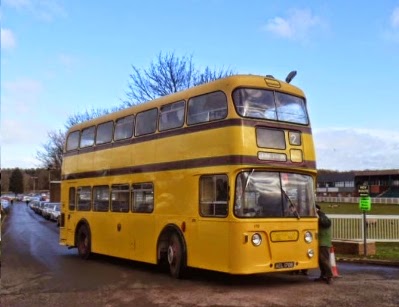 "A logical outward journey would be with one change at Rugby followed by a ride on a big yellow bus to and from the show which is held at the county showground at Hopton. Research suggests Arriva route 825 from Stafford to Lichfield goes there as well."

The Leyland Atlantean bus (AEL 170B) was kept by Bournemouth Transport as part of a heritage collection until the bus industry was deregulated and the buses moved out of their Mallard Road depot. It now belongs to the West of England Transport Collection but is on long-term loan to the Potteries Omnibus Preservation Society, which wanted it because it is identical – in everything but its livery – to buses used in the Stoke-on-Trent area. 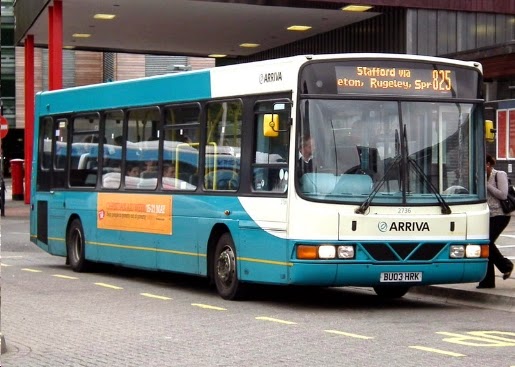 ... every half hour from outside the station to the Showground. 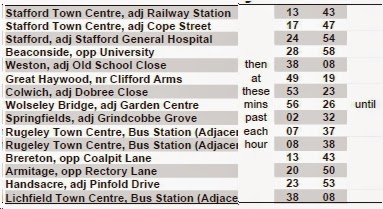 But fbb guesses that the big yellow bus took you closed to the Exhibition Hall rather than dumping you at the entrance to the extensive site. 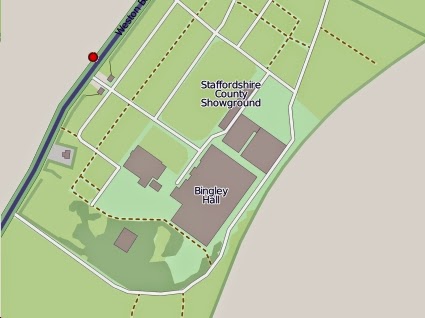 Indeed it looks as if Alan's big yellow bus picture is taken outside the halls. There's not a lot of greenery at Stafford station!

Alan reports that the exhibition was, indeed, very impressive; and armed with his bargain Ranger ticket he decided to take an alternative route back. This would take him on a bit of re-opened West Midlands Railway. 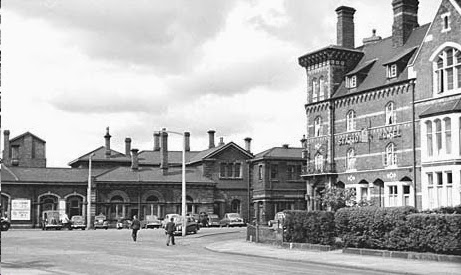 ... was rebuilt in 1962 as part of the Grand Design for elecrifying the main lines to Manchester and Liverpool. Is the result an improvement? Somehow both modern buildings (car showroom replacing the demolished hotel in 1972) lack anything that might be called "character". 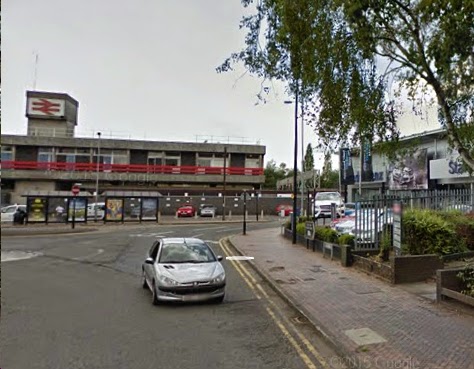 There is a certain irony about a hotel designed to accommodate wealthy rail travellers being replaced with a glassy barn selling expensive motors!

Upon opening, the station caff was located on the footbridge ... 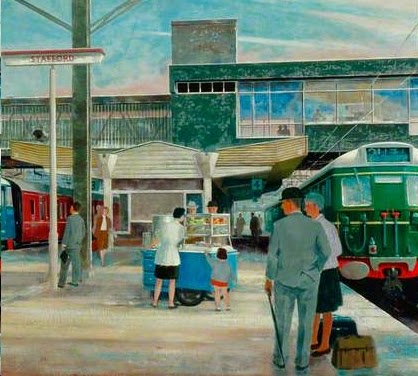 ... with superb views of electric trains zooming past below. Alas, today, the Pumpkin is located prosaically in the main ground floor building. 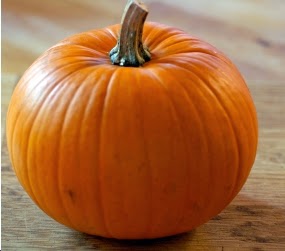 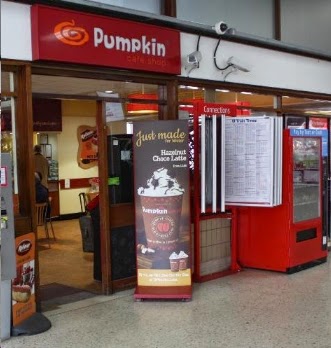 
Next rail blog : Wednesday 11th February
Posted by fatbusbloke at 02:00