By Bus All the Way 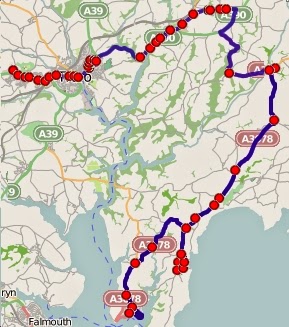 From Truro, a trip by bus all the way to St Mawes is not as time consuming as you might think. The route leads from Treliske Hospital (upper left) via Truro Station and the City Centre, then roughly eastwards to Probus before turning south to traverse the Roseland peninsula.

Where the peninsula begins continues to be a point of discussion amongst local historians and long-time Roseland inhabitants. The village of Tregony might be considered to be outside the Roseland. If travelling by road one enters the Roseland at the bottom of Tregony Hill by either driving up Reskivers Hill to take the road to St. Mawes and Gerrans, or by taking the lower road to Ruan Lanihorne.

The bus does a "double run" to Gerrans and Portscatho ... 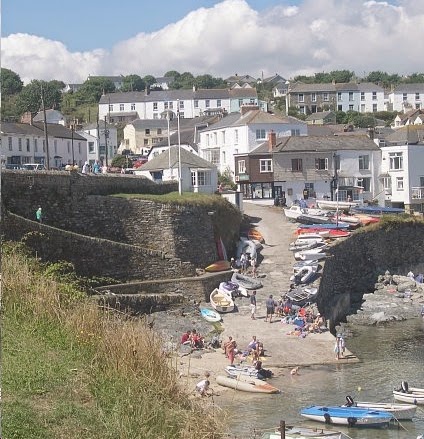 ... before terminating at St Mawes. Here the bus stands in the town centre car park next to all the important facilities. 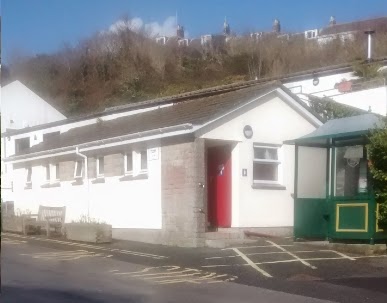 When the fbbs visited (see below) the 1327 arrival deposited two passengers and after a visit to the aforesaid facilities and a necessitous in-spirations of  nicotine ridden smoke for the driver, the 550 set off at 1330 with two (different!) passengers. 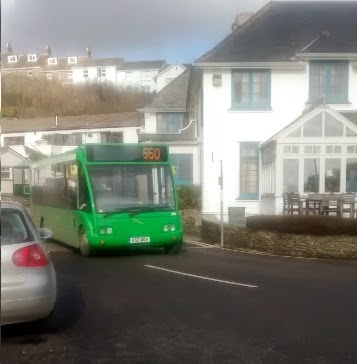 Buses run through every two hours. 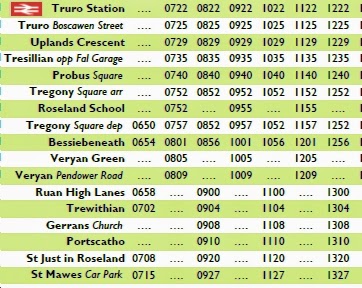 The snag is that the last bus back to Truro is 1530, leaving little time to enjoy the appurtenances of the town on a day return.

By Car and King Harry

It is likely that there has been a ferry of some description at the King Harry Passage for centuries, but there are conflicting stories about the origins of the name. One such story is that King Henry VIII spent his honeymoon with Anne Boleyn at St Mawes, and signed a charter for the ferry on this site.

A more likely origin lies in the fact that a small chapel formerly stood on the Philleigh (east) side of the passage. All that remains of this today is a small pile of stones, but is mentioned in 1528 as "The Chapel of St. Mary and King Henry", commemorating King Henry VI, murdered in 1471. 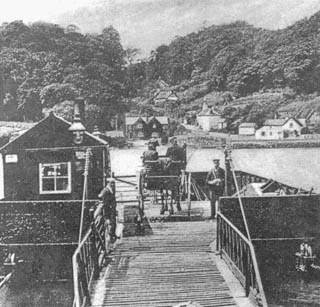 The King Harry Steam Ferry was initiated in 1888 as a submerged chain ferry Bridge.

Apart from a much bigger masonry ramp for road vehicles, not a lot has changed on the Feock (west) side since the chain ferry was introduced. 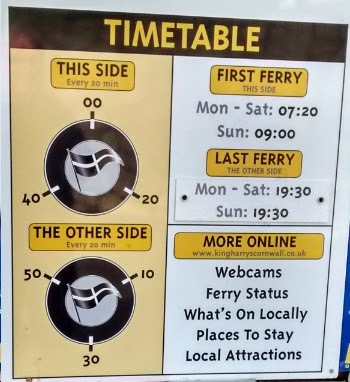 ... and long queues can build up in the summer. But it does save time and distance from Truro (or Falmouth) to St Mawes. There is quite a "family" atmosphere about the operation with e.g. carols and later night crossings at Christmas.

Ferries have been enlarged and improved over the years ... 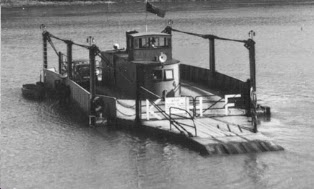 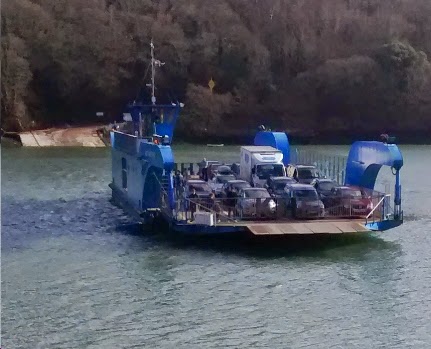 Of course, the gamble is to offset speed and convenience against queueing time. For one person, however, this route is by far the most expensive but it is ferry convenient and ferry flexible and significantly cheaper for a car-full. 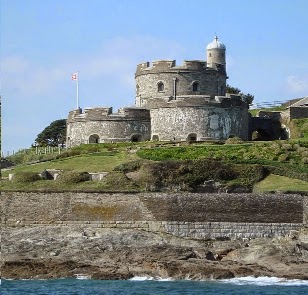 It is a delightful Cornish ex-fishing village dominated by the Castle, built by Henry VIII (and a few of the lads) to defend Carrick Roads aka Water; a deep and sheltered anchorage. The town has the usual mixture of expensive coffee shops, pubs and tat shops with the added delight of (possibly) the smallest chippy in our galaxy's western arm. 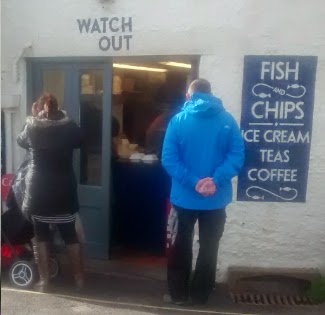 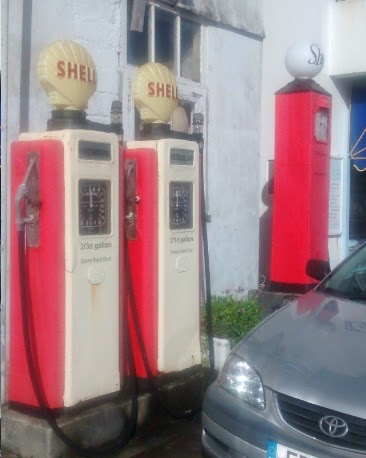 ... the pumps are all labelled "sorry, sold out." In Summer there is a ferry service to a place called Place which is on the St Anthony peninsula. 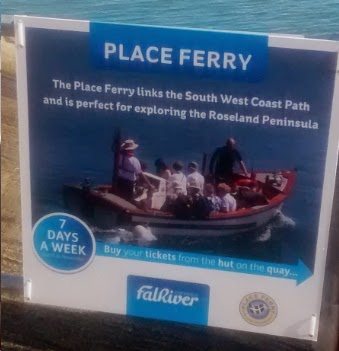 Indeed it does run seven days a week - but, despite the poster publicity and a shiny video ...
... not in the winter. And there is always the boat back to Falmouth, every 15 minutes in Summer but only hourly in winter. 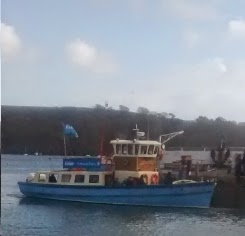 Readers may gather that St Mawes gets very busy when summer sun is shining! Indeed, unless your piscatorial proclivities are particularly pronounced, fbb recommends avoiding the Fish Festival! 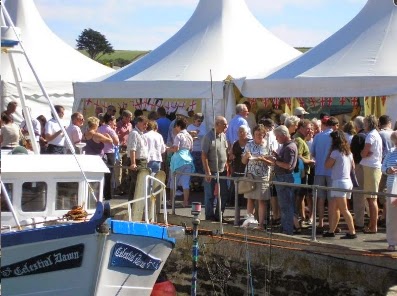 The fbbs had a very pleasant hour or so there in between taxi runs for the younger set as they walked from Portscatho to St Anthony Head lighthouse.

However you get there (and car is the favourite out of season; boat is better in the summer) the area is worth of a visit and possibly fuller exploration. As No 1 son is won't to say ... "Cool Beans" (?)

Next bus blog : Saturday 21st February
Posted by fatbusbloke at 02:00