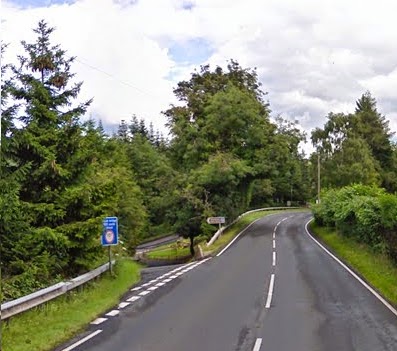 Take the A698 from Hawick to Kelso, which leaves Hawick along the Weensland Road. After about  mile and a half look out for a brown-on-white sign ... 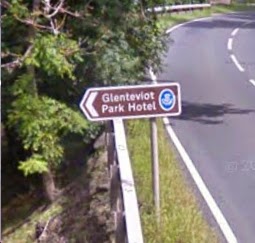 ... to the Glenteviot Park Hotel. 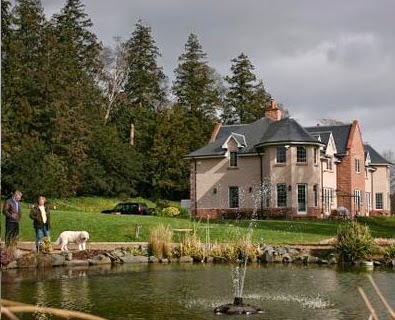 Sadly we are not going there! But at the foot of the side road, at the junction, is a monument. 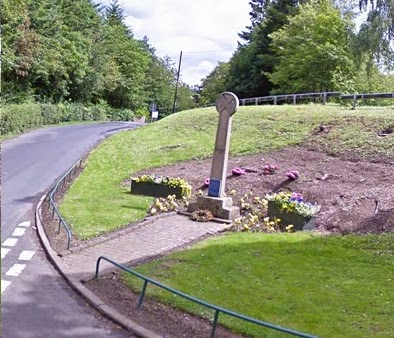 We can read the explanation on the blue plaque. 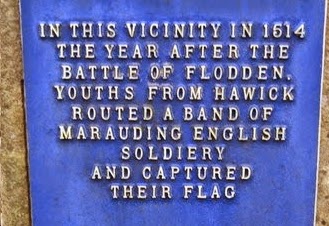 Thus is commemorated the battle of Hornshole which forms the focus of Hawick's annual re-enactment of the "Common Ridings". The battle (a minor punch-up) celebrates its 500th anniversary this very weekend. 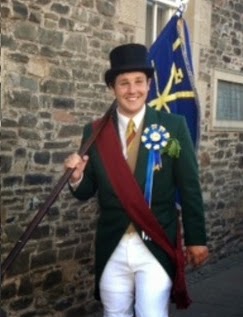 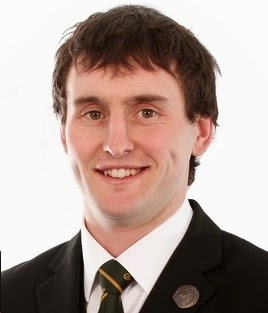 Cornet Ross Andrew Gibson (24) of 6 Heronhill Bank, Hawick is the only son of Andrew and Rhonda Gibson. He was educated at Trinity Primary School and Hawick High School. After leaving school, he started work as an apprentice electrician with SBHA. He is now fully qualified and continues his employment with the company. Together with his "lass", his acting mother, his acting "fither" and assorted assistants and their lasses he will have been leading this years Common Ridings this very weekend.

The tradition of common riding dates back to the 13th and 14th centuries during the continual land border wars both with England and other clans. It was a tribal custom to plunder and thieve cattle, known as reiving (a historical name for robbing), and commonplace amongst the major Borders families. In these lawless and battle-strewn times, it became the practice of the day for the local lord to appoint a leading townsperson, who would then ride the clan's boundaries, or "marches", to protect their common lands and prevent encroachment by neighbouring landlords and their peoples. Long after they ceased to be essential, the ridings continued in commemoration of local legend, history and tradition.


Earlier in the week the flag (replica of the original from the "battle") was bussed (a sort of ceremonial re-dedication) at a party in the community "hut" accompanied by much raucous singing ... 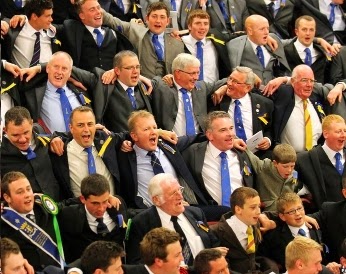 ... with the lasses in their finery pinning ribbons on their chosen "lads". 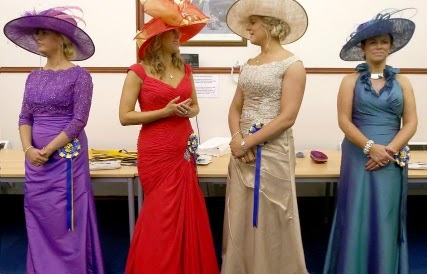 Celebrations continue with the actual ridings. 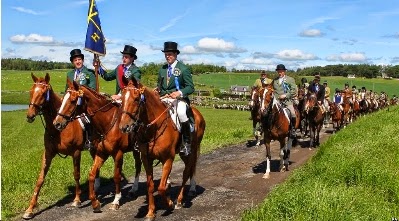 The Cornet also climbs atop the famous bus service timepoint, the "Hawick Horse" and adds a decorative pennant to the statue ... 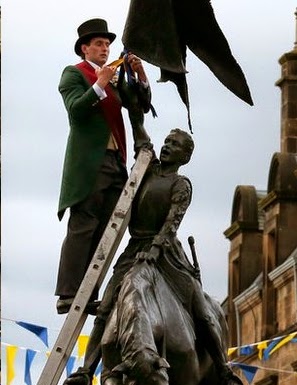 ... which also commemorates the Horsehole skirmish.

So what's the Public Transport Experience?


First Bus, building on the recent improvements to Service X62 frequency (buses now operate every 20 minutes instead of every 30), have been launching again. 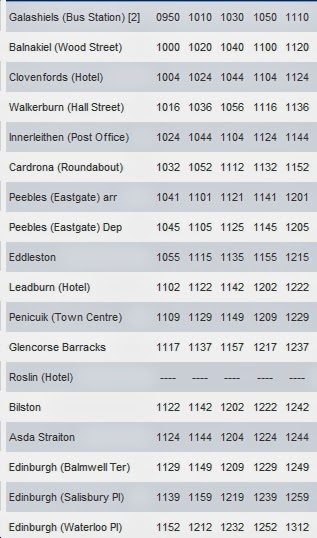 All buses on the X62 route are set to benefit from the installation of free wi-fi while six double deckers will feature a distinct eye-catching new tartan livery. The strapline, "Connect with the Real Scotland" complements the new tartan and the tourist friendly concept. 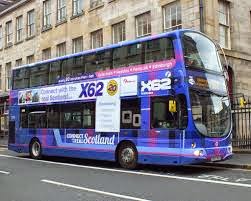 These buses have internal branding as well, on the stairs ... 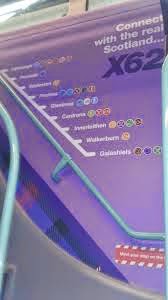 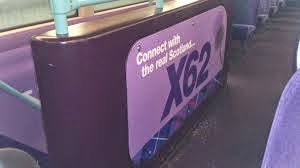 Also, buses operating on Service X95, which runs on the famous "Waverley" route between Edinburgh and Carlisle via the Borders, are receiving a facelift. Since the beginning of the 16th Century the "Common Ridings" have formed an integral part of Borders tradition. In order to reflect the annual celebrations where hundreds of locals ride their horses through Borders' towns protecting their territory. First has re-named the route, "X95 The Ridings". 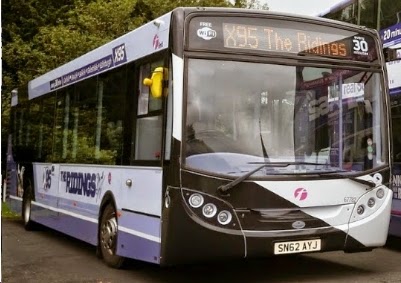 In addition, all ten buses will sport bespoke and striking new liveries; there are three new designs in total, one each for Galashiels, Selkirk and Hawick.

And to help promote the improvements all First Scotland East Bus Drivers working on the X62 and X95 services have the option of wearing a kilt to work on June 28 to mark the end of the Common Ridings celebrations.


To formally mark these developments, samples of both vehicles were paraded before the press, complete with a "Common Rider" riding, well, uncommonly past the vehicles. 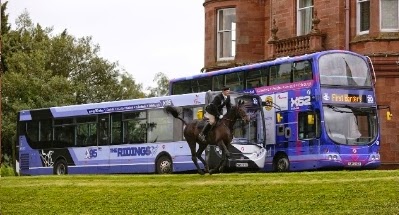 And two more First liveries to add to the ever growing collection. Colouring the bus rather than bussing the colour! Well, Fearnley did suggest that local companies would be free to adapt the new style for particular marketing schemes. Bus watchers did not expect so many so soon.

And finally, by way of conclusion, a little video of lots of fresh-faced Hawick "weans" re-enacting the battle of Hornshole.
Sweet!

Next bus/rail blog : Sunday 8th June
Posted by fatbusbloke at 02:00