... to the official launch of York's new Park and Ride bus service. 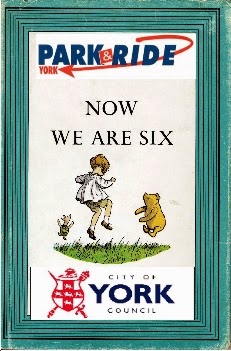 The new service started on Sunday 8th June but the official launch for officials was on Wednesday (11th June). fbb decided that a trek from Seaton to York, plus a necessary overnight stay, just to ride on a new bus, was a stop to far in his desire to be at the forefront of the Public Transport Experience. 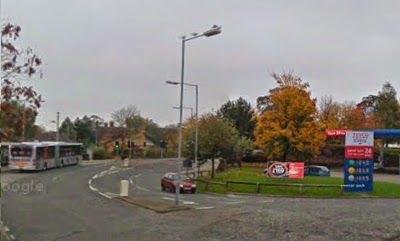 The first was a replacement for the existing Askham Bar facility which could often be full, shoehorned, as it was, into a small-ish piece of land next to Tesco. 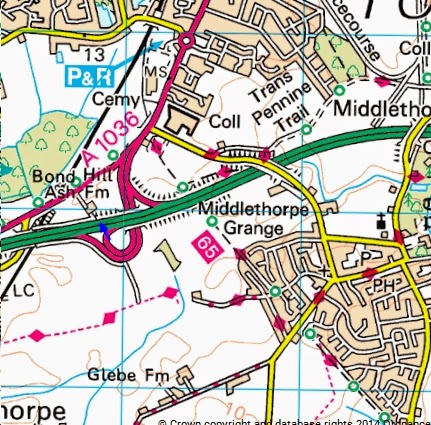 The new site is in the plot of land where the red "A1036" is printed on the above map. Here is an aerial view looking south with construction well under way. 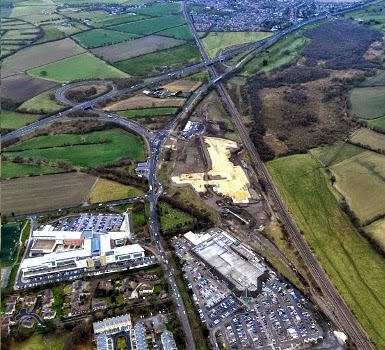 We can see the main railway line (bottom right to top centre) with Tesco to the west and the College to the east of Tadcaster Road. The new area is the light colored patch which will be accessed via a modification of the twiddly junction with the A64 York by-pass. 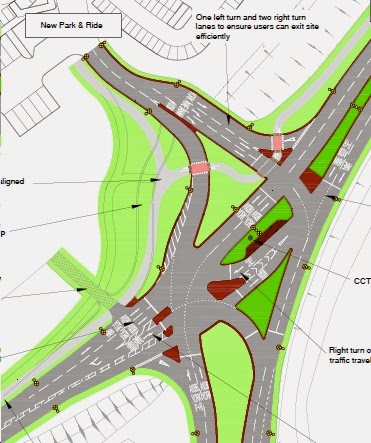 The curved "scar" between old and new sites is all that is left of the railway line that once ran from York to Selby ... 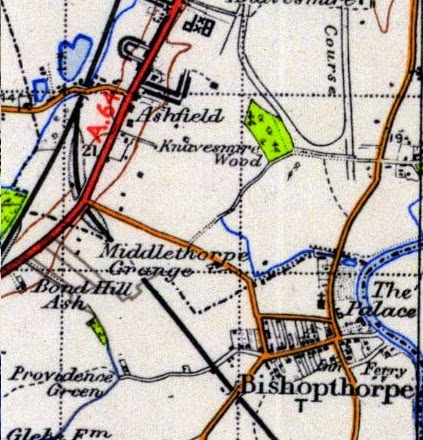 ... much of which is now a cycleway and footpath, although the access to these "green" facilities is hardly obvious from the ungreen road junction at the end of Sim Balk Lane! 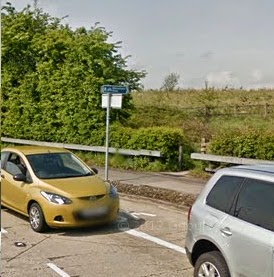 Yep, that's it; a small gap in the crash barrier and a small blue sign. At least you have the fun of cycling or walking under the old railway bridge. Yipee! 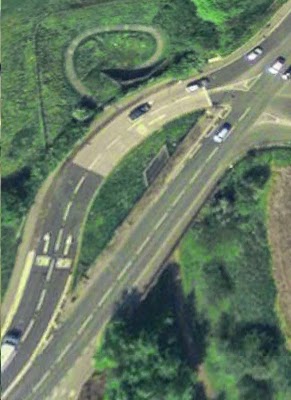 Back to Parking and Riding. Some years back the Park & Ride routes were more fully integrated into the City's "ordinary" bus network. They were given additional stops en route turning them into express services once they had picked up those who had parked and were riding. 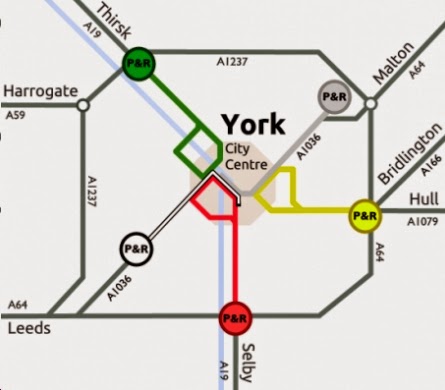 However they are presented, these services are very popular with Joe Public; indeed, York is one of the few Cities where this sort of service is a huge success and has been expanded time and time again. Hence this week's news. 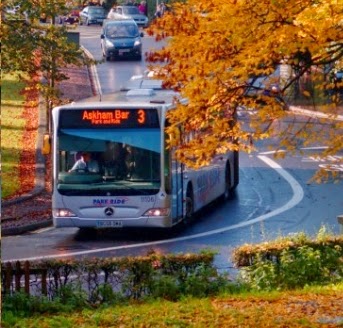 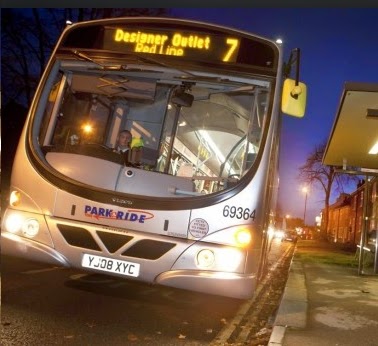 ... which used to be fetchingly known as "Designer Line 99", with an equally fetching logo. 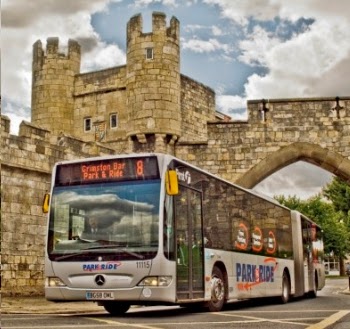 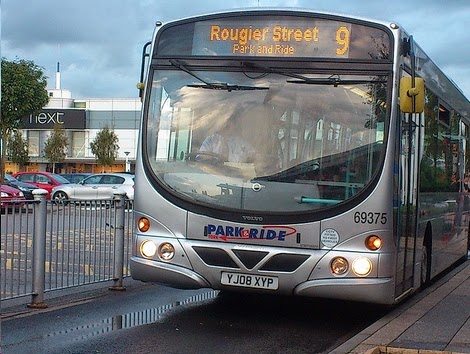 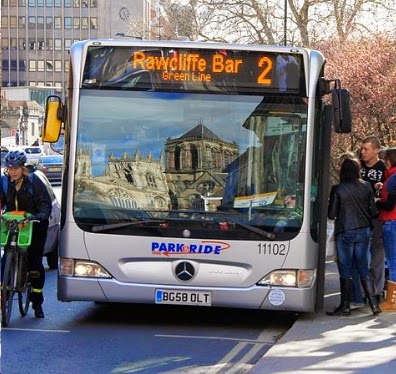 All these P&R routes are run by First Bus as are the main services elsewhere in the City. Unusually the car park routes are a commercial operation with First paying a "rental" for access to the sites. A few years ago, the whole York network was "simplified" and relaunched with main route numbers running from 1 to 13. 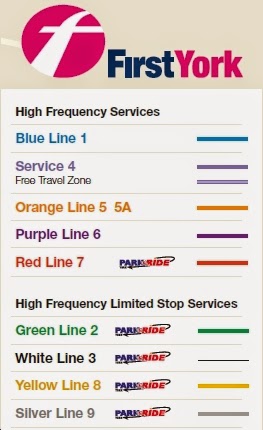 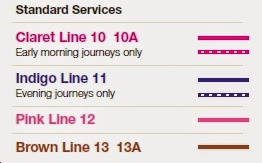 So someone needed to think of a good route number for the totally NEW Park and Ride; now that we are six! The obvious is 14 as everything lower is used. 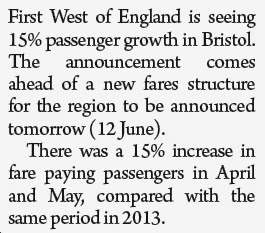 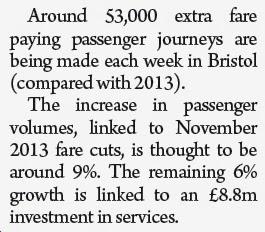 Considering the antagonism towards First back in February 2013 ... 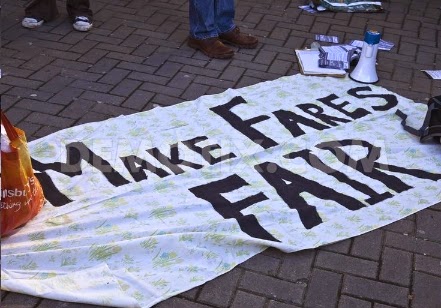 ... there would appear to have been considerable progress. fbb will watch out for the "new fares structure" and report appropriately! 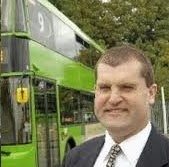 It has just been announced that James Freeman, MD of Reading Transport, has been appointed boss at First Bristol. Paul Matthews moves from Bristol to West Yorkshire.

By 1986 Freeman had become MD of Provincial Bus Company of Fareham and in 1987 led the first egalitarian employee buy-out of a bus company to form People’s Provincial Buses. In 1990 he became MD of Badgerline Rapid Transit, based in Bristol, leading the Group’s (non?) involvement in rapid transit. In 1999 he joined Travel West Midlands in Birmingham, moving on to Stagecoach in 2001 where he enjoyed MD posts at Stagecoach in Warwickshire and Stagecoach East, based in Northampton.