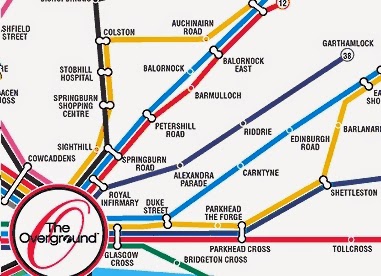 Although in the 1999 version of Overground it terminated at Tillycairn Road; there being no Glasgow Fort for a few years yet. The turning circle is still there. 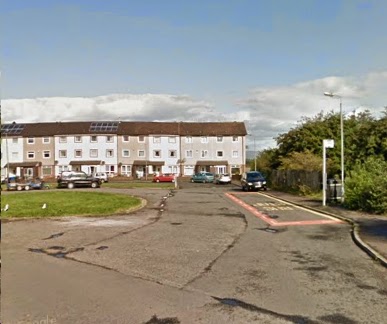 Pre WW2 Glasgow was a very concentrated city on its east side ... 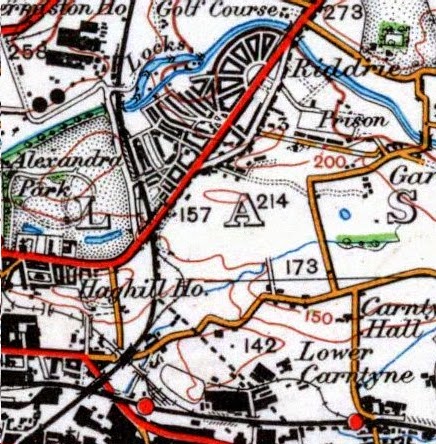 ... and the new dual carriageway A8 provoked a rapid expansion. 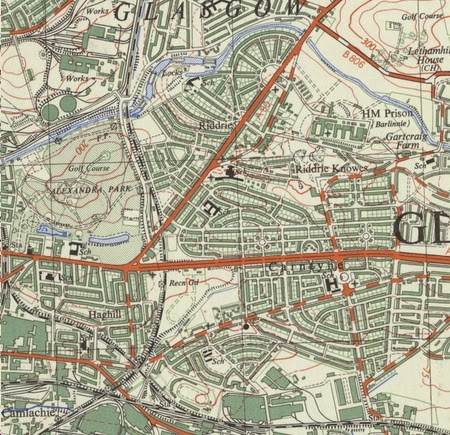 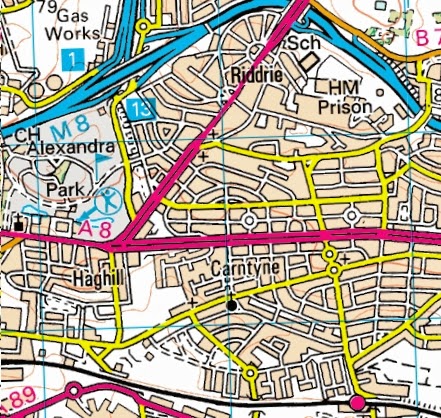 Here is "Queenslie Bridge" over the canal, way back when, and (inset) its replacement footpath leading to Glasgow Fort today. 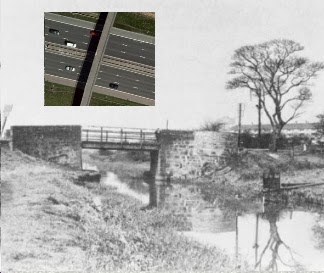 The housing "schemes" at Craigend, Ruchazie and Garthamlock were developed on open country to the north of the B806 and B765 top right on map above. 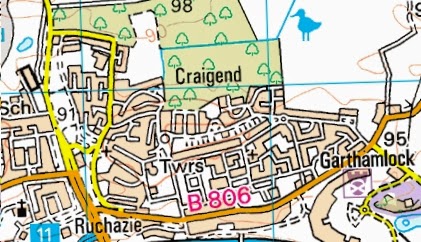 This is the route of the "traditional" and current SimpliCITY 38 running every 10 minutes. At the end of Portchester Street ... 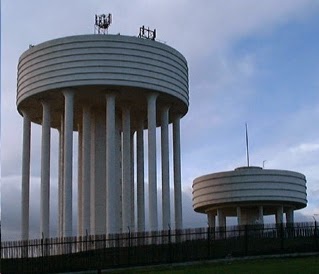 Garthamlock Towers are a pair of circular concrete water towers; the tallest with unrestrained, laterally unsupported, columns 100 ft high. This is the second highest water tower in Britain, but is the largest, holding one million gallons. The tank with a water depth of 22 ft 9 in. and a top water level of 48512 ft above ordnance datum was built from 1956–58 by Holst & Co.

The towers are now floodlit with changing colours. 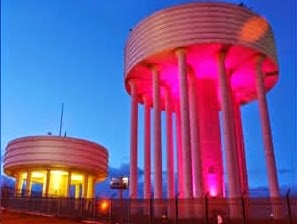 After yet another disused turning loop at Craigend ... 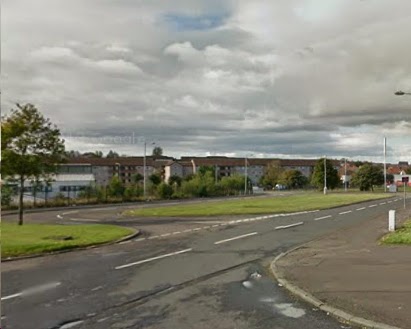 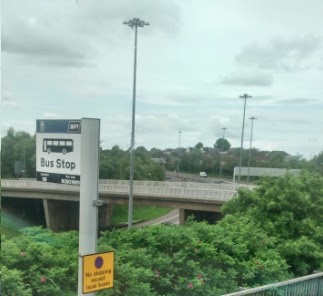 ... and turn left onto the Cumbernauld Road. From the top deck we get a good view of the infamous Barlinnie prison ... 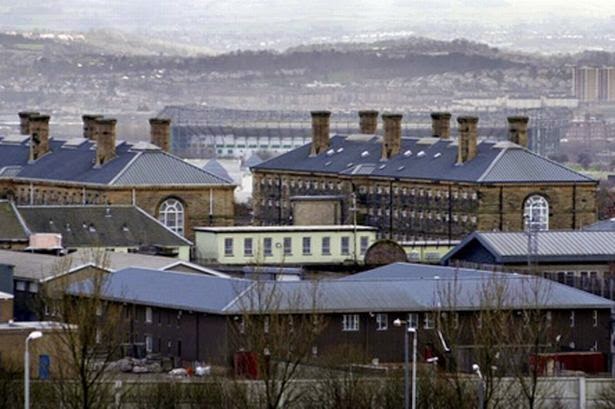 At Alexandra Parade all the 38s are together again and, in theory, running every 5 minutes through the city. 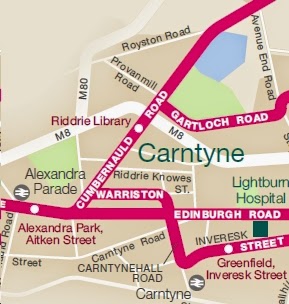 It was at Alexandra Parade where fbb spotted three 38s together proceeding eastwards nose to tail; so somewhere there will have been significant gaps in the "frequent" service.

But, for those readers who haven't run away to a desert island at the prospect of First Glasgow route 38 blogs in over-profusion, all this began with a question, "which bus route has the largest continuous run of suffix letters." We have met 38, 38A, 38B, 38C and 38E; so very nearly a run of five suffixes to the core 38. But with no 38D.

Tomorrow we complete the search and, at last (phew!), answer the question.
-----------------------------------------------
fbb's sister has come to stay for a few days. She lives in a "cared for" environment, similar to a guest house. So her carer brought her across on the ferry from the Isle of Wight, whilst fbb travelled to Portsmouth Harbour to meet and greet. So often we read of the failures of the public transport system; but, of course, mostly it works and often works well. As it did on Tuesday with all trains on time.

Refreshment trolleys were available throughout, but one snippet caught fbb's eye and satisfied his palette. A cup of tea on the return First Great Western was served with politeness and an appropriate level of deference from a well stocked trolley. "Three milks," asked fbb anticipating little pottles or, worse, those plastic sachets that are so difficult to open. The official allocation of two is never enough.

fbb steps back in amazement! 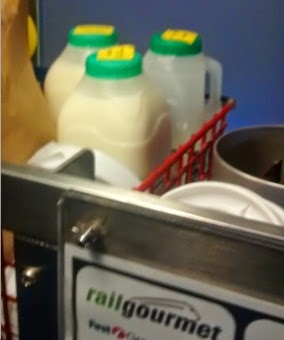 Very refreshing in every sense of the word! Well done, Rail Gourmet; other contractors, please note. Pity it was semi-scum watered down milk rather than the wholesome goodness that the cow and God intended! Please don't tell fbb that it's "more healthy". The minuscule reduction in fat makes no statistical difference to a balanced diet; but, of course, it does allow the dairy to make a stonking profit on the cream it has creamed off. Rant over.
----------------------------------------------
Next bus blog : Friday 6th June
Posted by fatbusbloke at 02:00