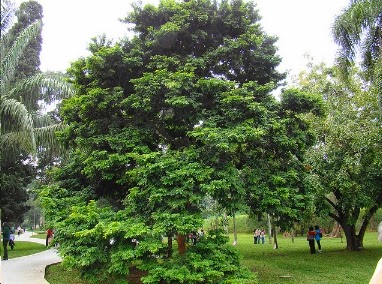 The word "Brazil" comes from brazilwood, a tree that once grew plentifully along the Brazilian coast. In Portuguese, brazilwood is called pau-brasil, with the word brasil commonly given the etymology "red like an ember", formed from Latin brasa ("ember") and the suffix -il (from -iculum or -ilium). 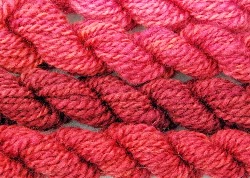 As brazilwood produces a deep red dye, it was highly valued by the European cloth industry and was the earliest commercially exploited product from Brazil. The official name of the land, in original Portuguese records, was the "Land of the Holy Cross" (Terra da Santa Cruz), but European sailors and merchants commonly called it simply the "Land of Brazil" (Terra do Brasil).

So nothing to do with nuts, then. Some cheeky chappy has suggested how the competition logo was derived.

Anyway, with the prospect of wall-to-wall televised footy from 1600 to 0115 all this week (it's going to be emotional boring?), fbb will provide an intellectually stimulating alternative by taking you through some of the problems of the First Kernow (Cornwall) network.

Penzance is a pleasant enough town, bereft, these days of the Pirates musically promoted by William Schwenk Gilbert. There is good public transport interchange with buses leaving from just outside the railway terminus.

click on the composite above for a larger size

The station is far left, the bus terminal with white cupola (?) roof structure is far right and, in between, we have the very useful Tourist Information Office and the near essential gents' and ladies' toilets. Also in the block is First's "Travel Shop" ... 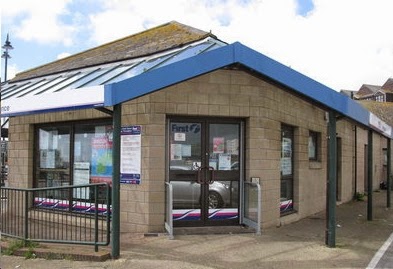 ... but not much use if you turn up at lunchtime or you are on a weekend day trip! Does the company want tourist business?

So we join a Bed and Breakfast couple, Mavis and Eric Smail ... ... investigating a possible trip to Land's End, no doubt to be photographed (expensively) beside the famous finger post.

They had arrived on Saturday, mooched around Penzance on Sunday and sought out the Travel Office on Monday. They were pleased to be offered a timetable book plus verbal advice that buses to Land's End run every hour. "Sennen Cove's pretty, they say and Mrs Crump (landlady) recommends Lamorna Cove," proffered Eric, "we could make a day of it."

The map in the timetable book makes their plans look very simple indeed. 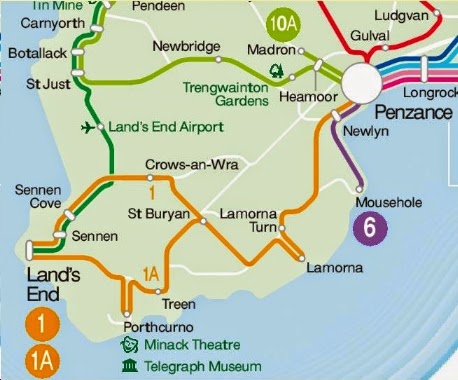 Take a 1 or 1A to Lamorna; have a look round and perhaps a coffee, or something stronger for Eric ... 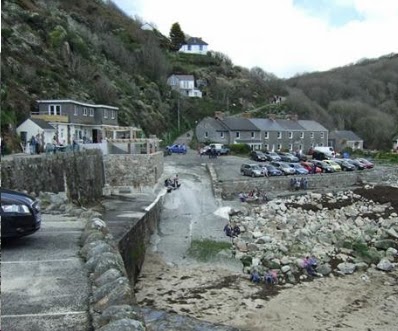 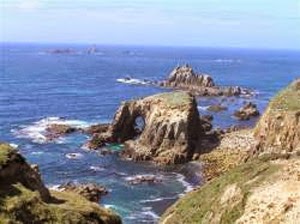 ... for more magnificent views and a lunchtime sandwich from a cosy little Cornish cafe; continuing later to ... 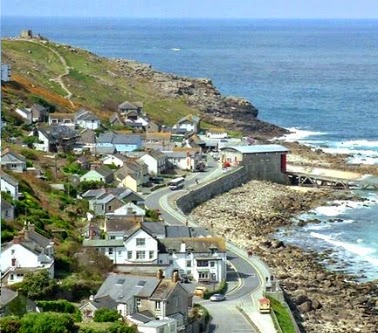 ... the equally picturesque Sennen Cove. A cup of tea and the hourly bus back to Penzance. Just in time for a fish and chip supper at "The Pirates" just round the corner from the B & B. 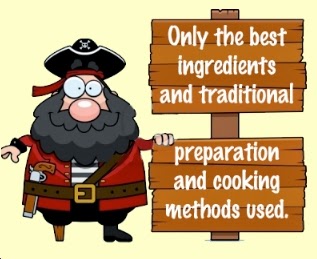 But then they turned to the timetable pages. 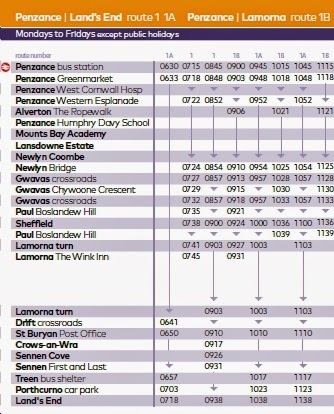 PDF version; the gap is where the page-fold comes
in the printed book

Immediately, Eric confessed that he couldn't "make head nor tail" of the pages. "What are all these arrows and little triangles for?" he asked, his query embroidered with the occasional "expletive deleted". In an attempt to placate her rapidly rage-reddening spouse, Mavis suggested, "lets go to Lamrona and take it from there; at least we are making a start." 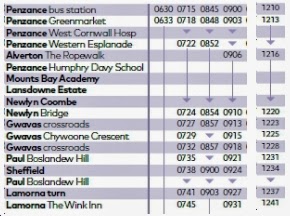 It turns out that they had missed the 0900 departure (service 1B and not on the map) and the next left at 1210. Undaunted, they wandered aimlessly round the town, had an earlier sandwich lunch than they had originally planned and duly set off at 1210.

There were yet a few more surprises in store. "Funny sort of hourly service," muttered Eric as he handed over an alarming amount of money for the fares.

Nevertheless, they were on their way. 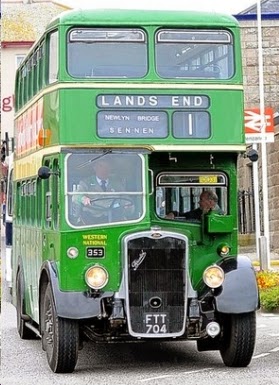 A recent email from an occasional correspondent suggested, "While I sometimes feel you are a bit harsh on purveyors of online information, in most cases they are reasonably accurate." This week's series of blogs on Cornish Clot(ted) timetables is a case in point. Readers will be able to judge the harshness or otherwise of fbb's (considered?) opinions at the end of the week.

Next bus blog : Tuesday 17th June
Posted by fatbusbloke at 02:00