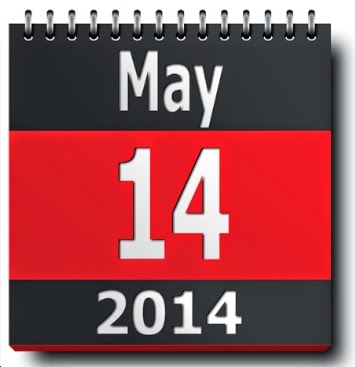 Here are some the events that took place on May 14th.

And fbb missed the big day! 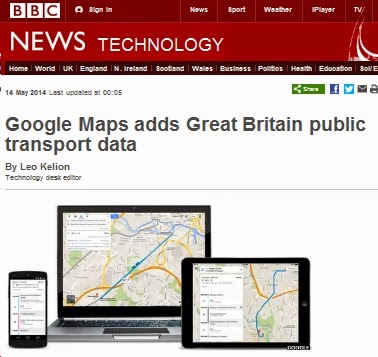 The body supplying the data said that the huge popularity of Google's service meant its move was significant. "It's an amazing shop window for our operators' services," said Julie Williams, chief executive of Traveline, a partnership of Great Britain's transport operators and local authorities. "The presentation and way Google has pulled together the data looks exceptional; we've not seen anything like that before." 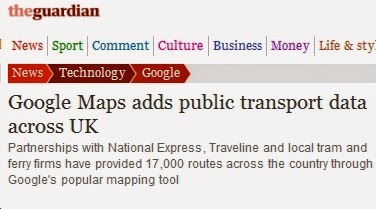 The gist of most of the copy was that Google was providing a new and hitherto unobtainable service whereby users could plan their journeys by any mode and its "would even tell them where to get off." The fact that such a service has been available via Traveline for over a decade seemed to pass the hacks by; possibly because they never travel by bus.

If they had used the new old system, would they have been so full of praise?

Well, it's a bit late, but fbb will redress the balance and look a little more closely at what Google Maps offers.

And the first problem is finding what exactly they are all prattling on about. For those unfamiliar with the all-conquering monster that is Google ... 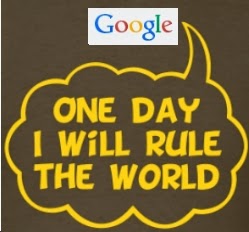 ... fbb will guide you through the process. [Apologies to web grandmothers who object to being taught how to suck on-line eggs!] Here goes. 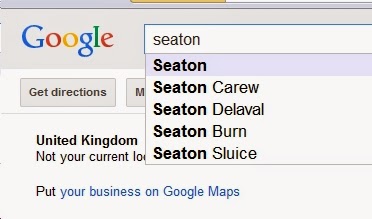 ... and type in "Seaton". There are many plain Seatons in the UK but because Google knows where you are (you cannot hide!), it assumes you want your local Seaton. First pitfall. If you want another Seaton, you have to know its county and add that to the search box.

Of course, if you haven't been trapped into telling Google where you are, it might give you a choice of Seatons. fbb doesn't know; the claws of the Google-monster are well embedded in fbb's internet flesh.

Watch out for the adverts ...

... which tell lies. There aren't five hotels in Seaton; Google only lists 1 hotel as "popular" ... 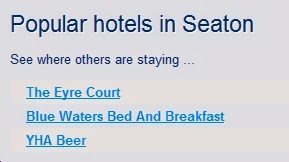 ... The Eyre Court; although the fbbs can recommend Blue Waters B & B, having resided there on two occasions during their hasty house buying happenings. Second possible pitfall; always remember Google makes its money from advertising, which will lead you up Google's profit-related path wherever possible.

Having typed in Seaton, you will get a map ... 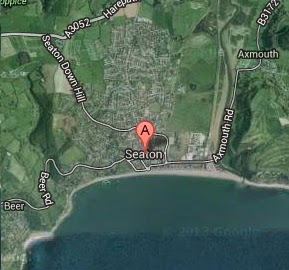 ... which you can enlarge with the on-screen slider. 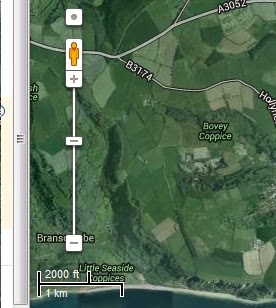 Once enlarged almost to maximum, you will see little blue icons. 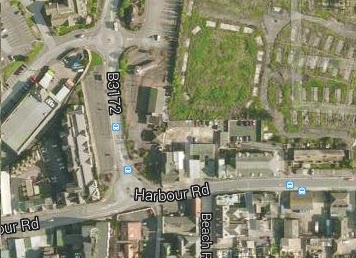 These icons do not enlarge with the slider so you may have to zoom the whole page to see what and where they are. 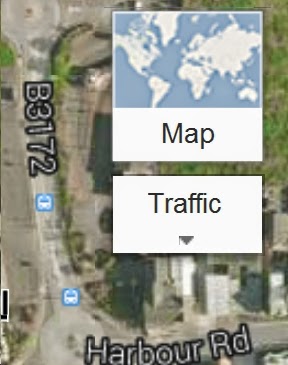 They are bus stops, illustrated by a little picture of a train! Well, it might be a bus of a US design but it looks like a universal global train icon to fbb?

Click on the bus/train and you get public transport information - of a sort. 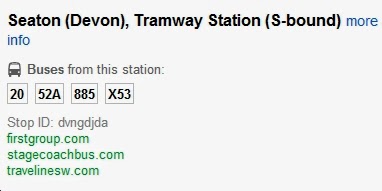 And it is this "service" that we will examine tomorrow.

Suffering from local diversions and delays in Taunton, the service 30 from Axminster is in trouble again from today. fbb was tipped off by his Minister at Church yesterday. The route normally takes 1 hour and 23 minutes ... 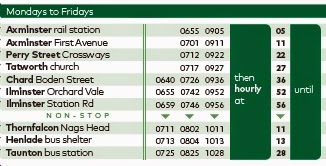 ... on Mondays to Fridays, 1 hour and 53 minutes. An extra half an hour added between Chard and Ilminster. Clicking on the "30" on the Buses for Somerset web site brings up the standard, unchanged times. To find the drastic revision you have to look under "news"; and we all do that on every occasion we look for a bus time, don't we. In "news" we are told ...

... merely that the service is diverted between Chard and Ilminster but with no clue to the route.  Surely more detail is needed; especially for passengers on the bit that isn't served? 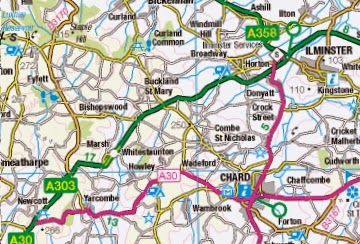 Next bus blog : Tuesday 24th June
Posted by fatbusbloke at 02:00