It was in October last year that Stagecoach announced their "Gold" service between Torquay and Plymouth or Dartmouth. 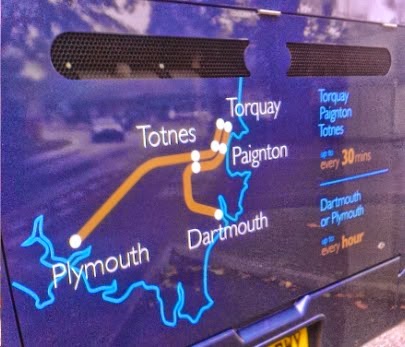 fbb was invited to a splendid launch event at Totnes complete with female gold statue man ... 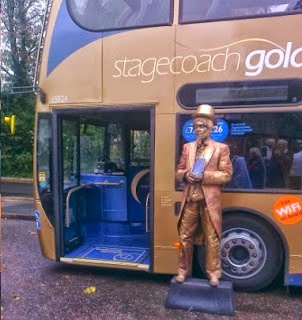 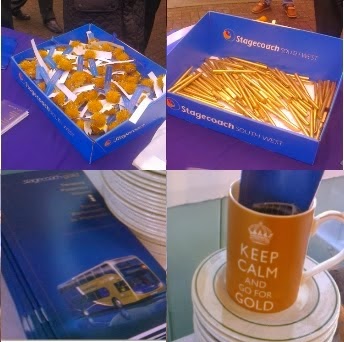 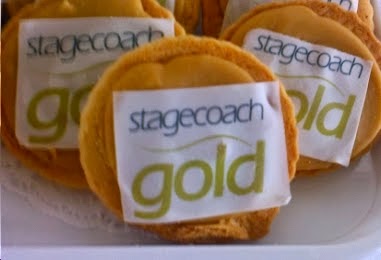 The service was hourly on each route thus providing and half hourly frequency between Torquay and Totnes. 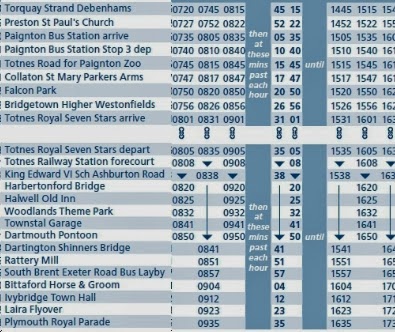 It sought, originally, to compete with First's near-identical X80 etc ... 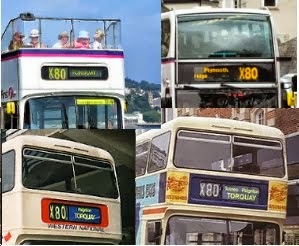 ... but First simply rolled over and succumbed, withdrawing their services completely. His original launch blogs can be read (here) and (here). 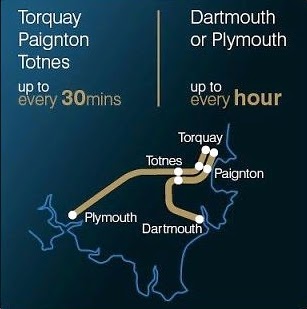 Although Stagecoach have invited fbb to a couple of launches, he does not receive regular press releases, so was surprised to read in "another periodical" that the company had increased its Gold service from Torquay to "half hourly".

Just a casual remark in the article but one which needs a bit more investigation. In passing, the Plymothian Transit blog revealed a subtle change of livery ... ... to "English Riviera" without the route diagram as originally applied (see above). The revised timetable started a month ago (another happening missed by fbb!) on 19th May. Buses still run every 30 minutes between Torquay and Totnes but both schedules now continue to Plymouth, giving this two-hour long route a bus every 30 minutes all the way. 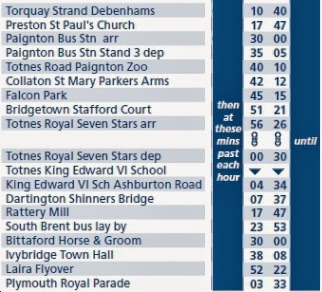 Assuming Stagecoach can make a success of the enhanced service, one has to wonder why First gave up, rumoured to be because they were losing significant money! What is the Stagecoach magic touch? Would First's service have been retained and developed had the decision been taken in today's more optimistic management environment. One this is certain; Stagecoach are delivering a bloodied nose to GoAhead's Plymouth business which had claimed victory in the battle of Ivybridge.


But what has happened to Dartmouth? Answer; it has become a shuttle from Totnes ... 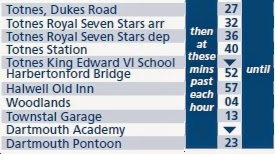 .... where it serves a big loop to the east of the town as shown by the dotted gold line. 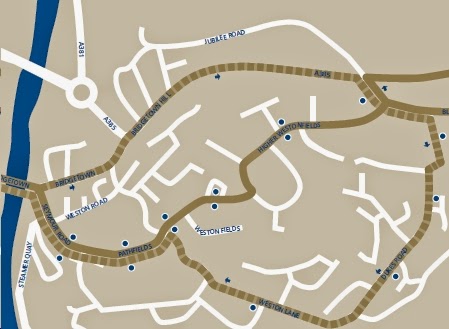 The half-hourly Plymouth to Torquay service is the solid gold line through the middle. The lack of route numbers means that the map in the Devon "South Hams" booklet is less than helpful with "gold" lines all over the place. 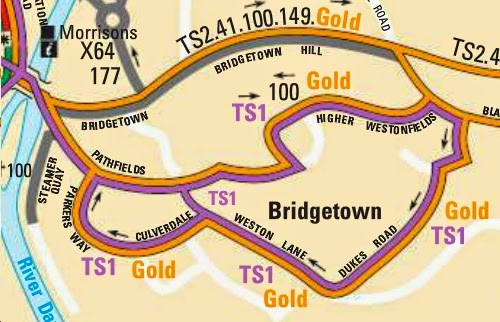 There is no indication here as to which particular nugget belongs to which route. Also worthy of a wonder is whether the Totnes Community Bus service (TS1) will have a future on this section. 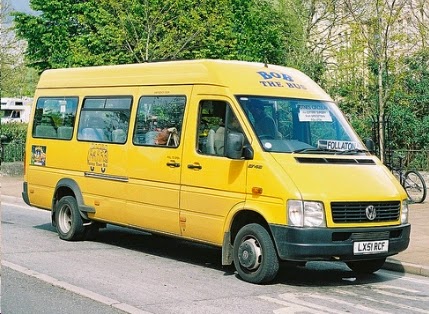 T'would be a pity to see Bob the Bus obliterated by Brian the Bearded! 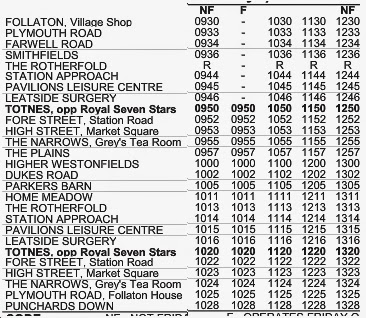 Bob also runs hourly (sort of) and makes it clear that the route is a loop. Stagecoach doesn't do the loop thing, so fbb's paste-up redresses the problem. 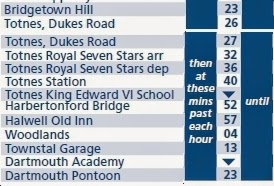 A further set of tables in the "gold" leaflet does show connections from Dartmouth to Torquay and vice versa.

A possibility unheard-of by Google Transit. 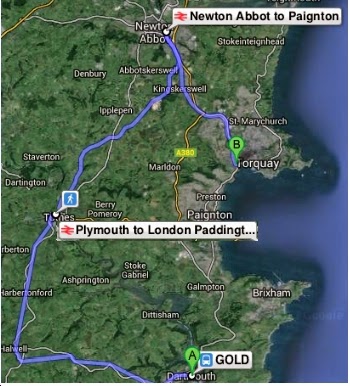 Gold to Totnes, train to Newton Abbott, train to Torquay. Or, alternatively ... 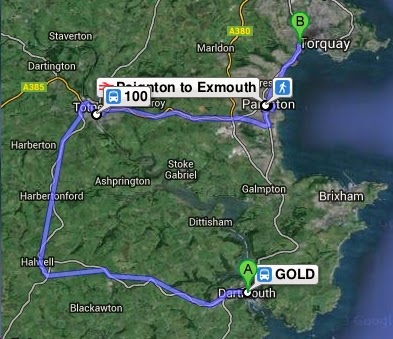 Gold to Totnes, bus 100 to Paignton then train to Torquay. Always remembering that Torquay station is not quite at Torquay. 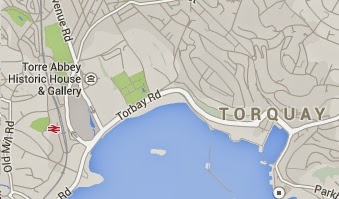 Even choosing bus as the only option doesn't help for most of the day. And, very confusingly, Google seems to use a system for giving out bus times that, sort of, starts again at midday. fbb thought there were 24 hours in a day but Google uses two lots of 12 - very confusing! 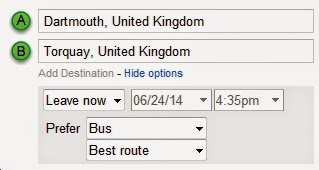 fbb has used the 24 hour clock since 1966 and finds the alternative hard to cope with. Seriously, is the world domination urge of Google such that they want us all to go back to using "the old money"?