A couple of snippets from yesterdays tram launch in Edinburgh. Alastair Byres (left) and Norman Steven ... 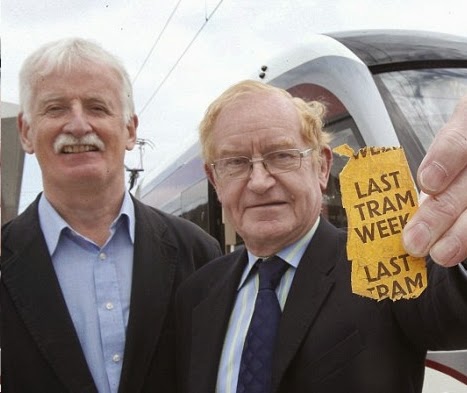 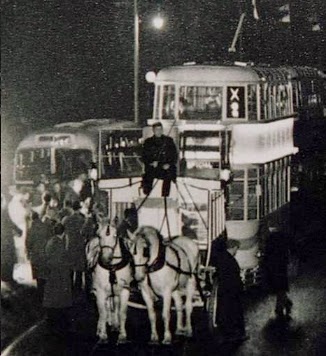 
A mystery prankster has tinkered with the Edinburgh Trams’ logo to create a more “honest” design amid plans to blanket the city with the re-branded insignia. Tram stops are set to be plastered with stickers of the redrawn logo. 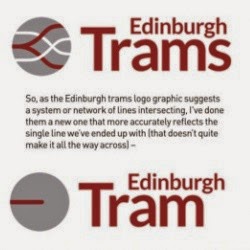 The simplified design already features on various lamp-posts across the city but it is understood Leith, the land of the promised trams, can expect to be carpeted by sticker vandals. Explaining his work, the shadowy designer writes: “So, the Edinburgh trams logo graphic suggests a system or network of lines intersecting. I’ve done them a new one that more accurately reflects the single line we’ve ended up with; and it doesn’t quite make it all the way across.” 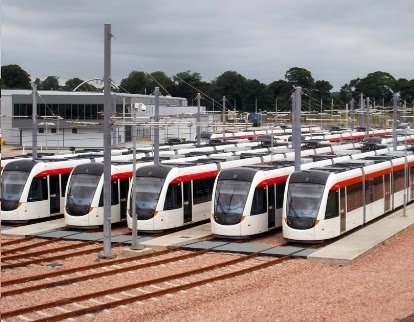 But that was yesterday; now back to today!

First Kernow times change on this day,
(That's Cornwall as we used to say).
With summer some routes get enhancement,
Hopes rise of revenue advancement!

It's true, they say; they don't tell whoppers
They aim to op'rate open toppers! 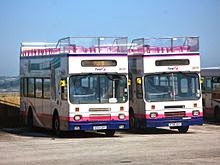 But what is this, stands out a mile?
A massive change of layout style! 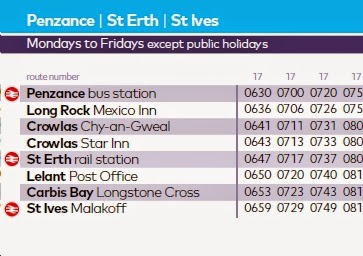 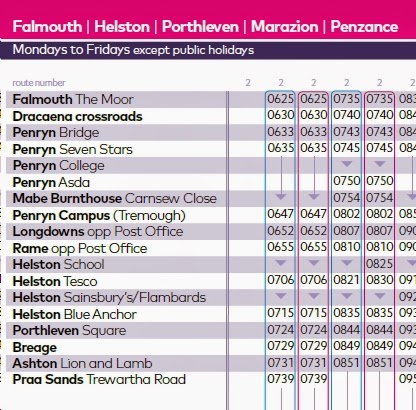 A network map someone's been penning, 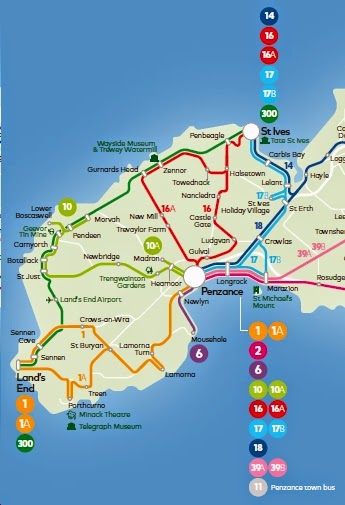 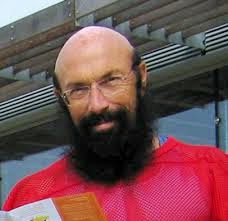 Instead of leaflets, tough to grapple;
Will it be like Taunton's apple? 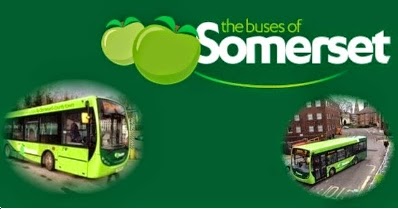 A total re-vamp, First's new look;
Might include a timetable book!
Instead of apples, sour and nasty,
First Kernow's logo with a pasty?

And in anticipation quivery,
Will Kernow get a brand new livery?

The signs we see are quite exciting,
New look promo seems inviting.
But one aspect they need to address,
Some time tables are such a mess! 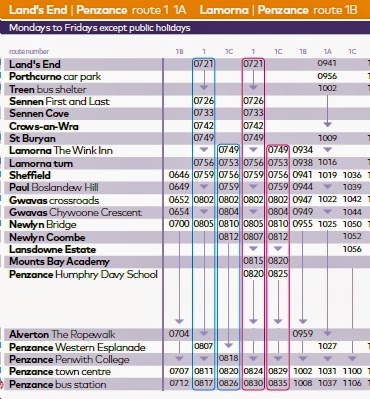 Ones, one "A"s, one "B"s, one "C"s;
Understanding ain't a breeze!
Incomprehensible with ques(t)ions; 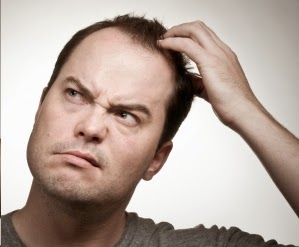 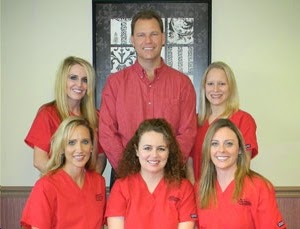 More on developments in Cornwall once fbb can understand it all!

And it means, "Where's the bus stop?" in Cornish.

At the time of this blog's publication, the "new look" First Kernow timetables and map could be found (here). But they will probably move in due course!