No 3 son (ex Watford resident) has used (attempted to use) the new-look Transport for London (TfL) web site, specifically the journey planner. He has struggled with the start point, namely Watford Junction station which is big enough and obvious enough to be straightforward; only it isn't.

Now there's another snag. Until 1966 it used to be known as London Airport; then it became London Heathrow with the appropriate IATA code. 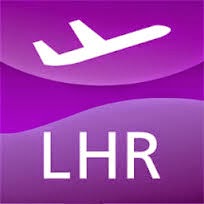 But, nowadays, it calls itself just plain "Heathrow".

This is understandable as "London" is a bit overused, worldwide.

And the best of all:- 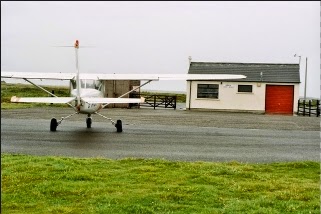 It's in Scotland, on Orkney, and otherwise known as Eday Airport. 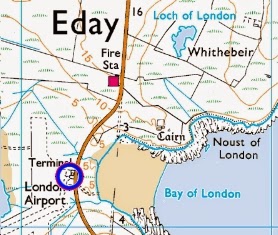 So, using the TfL journey planner, let's be all "official" and seek a journey to "Heathrow". 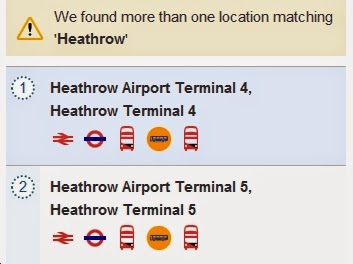 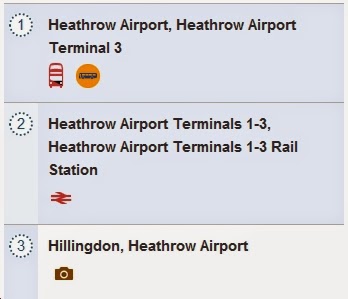 ... by train and Terminal 3 only by bus and coach. We can also buy a camera at the Heathrow Airport in Hillingdon (?). But we can't go to Terminals 4 or 5. And just to spread a further chunk of confusion, London bus timetables to Terminals 1, 2 and 3 are always show their terminus as ... 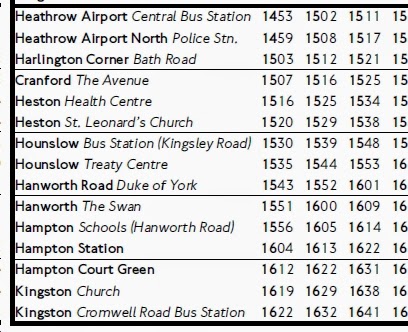 ... "Central Bus Station"  with the three terminals only revealed on the route map. 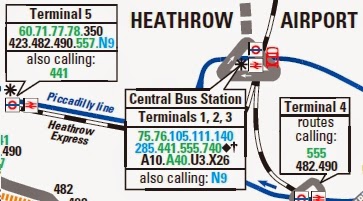 fbb wonders what visitors will make of the post 2016 layout when Terminal 1 is closed and Terminal 2 extended to take its place. Then there will be no terminal 1. fbb once taught (supply) at a school which had a north hall, east hall and west hall. Helpful kiddies were known to advise their stand-in teachers that the lesson had been moved to take place in the south hall. Some (but not fbb!) fell for the ruse and were never seen again!

Back to the journey planner.

What about searching for "London Heathrow"? 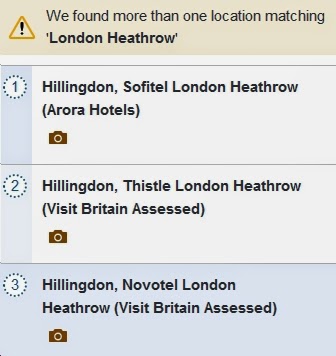 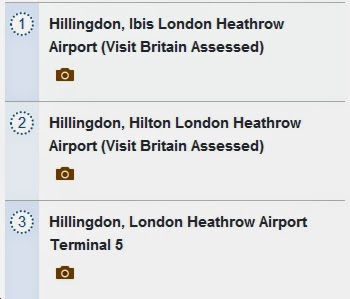 At least we can get to the "other" Terminal 5 at Hillingdon.

fbb cannot decypher the sort and search routines that form the myterious and convoluted electronic innards of the TfL system but it is possible that it treats "Heathrow Airport" as a virtual town, and then looks for locations within that locality. "London Heathrow" simply becomes an "address" at the airport. Obviously it is not as simple as that but what fbb does know is that the now abandoned xephos system would never deliver such confusion as TfL's "award winning" journey planner. At least it would have not been so weird when it was being fully managed.

xephos was designed to use a system of "groups"; whereby any collection of names could be "bracketed" together to provide a generalised location; not rocket science and very flexible. But don't ask fbb exactly how it did it. The three Watford Stations would be grouped with bus stops in Watford Centre to cope with a plain "Watford" Enquiry and the five terminals would be grouped with each of  Heathrow, Heathrow Airport and London Heathrow.

And xephos, remember, held one single internally processed national database; it did not rely on electronic links with other suppliers' information. All data sources were thoroughly xephos-ised.

But xephos never tried to be comprehensive; the team recognised that answering 100% of possible questions sensibly was unachievable and aimed to satisfy 90% of the most likely comprehensible searches.

Tomorrow : what you have all been waiting for. A look at First Kernow's excellent new timetable book. And, even here, the comprehensive/comprehensible dilemma rears its ugly head.

Next bus blog : Wednesday 11th June
Posted by fatbusbloke at 02:00