Just by way of weekend amusement, fbb imagined a possible conversation between two fictional characters, each being VIPs in delivering London's transport network. The crunch question, deftly avoided by "Peter", comes from No. 3 son. "Why is the Transport for London [TfL] web site so bad?"

International DfE Awards: Another win for new site
Posted on March 31, 2014 by Stephen Irvine
Following on from last year’s double win at the User Experience UK Awards, our new website has enjoyed more success after picking up the award for best Mobile Solution or Application at the inaugural International Design for Experience Awards. 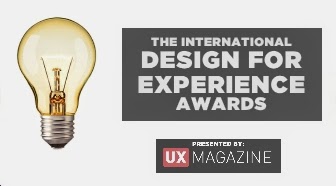 So that's cleared that up, then!

Sadly, fbb couldn't find any mention of TfL on the appropriate web site. 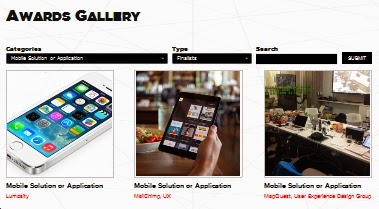 No matter, perhaps fbb hasn't quite "experienced" well enough. The proof of the web site pudding is in the results that you are eating; so let's go to the new look TfL web site. 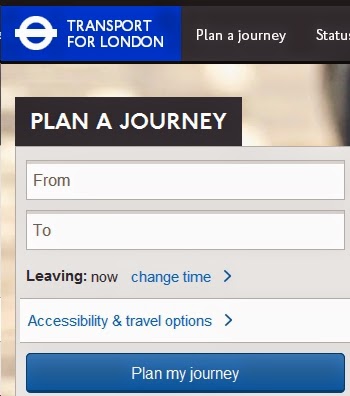 It's nice and big so that it works on "mobile devices", and therefore is much more tedious on a normal laptop! 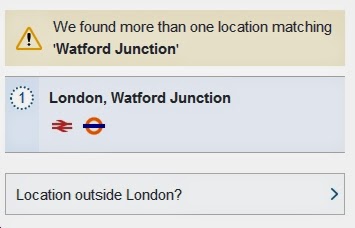 Now fbb doesn't want to be picky. Oh but of course he does! But this list of "more than one" locations seems to contain, erm, only one! And, again, not wishing to complain; but has someone moved Watford? 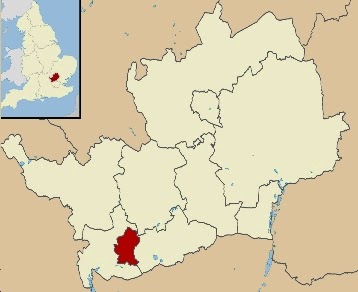 When fbb was nobbut a lad, it used to be in Hertfordshire, NOT London.

But there is a helpful map. 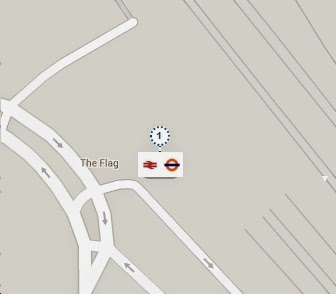 Or, there is an odd panel which asks "Location Outside London?" Click that and ...

... we get the Hertfordshire Watford and another helpful map. 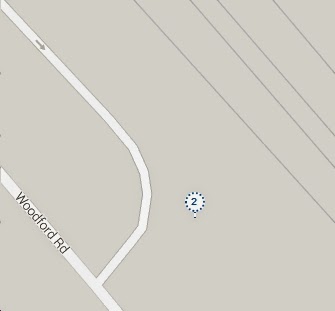 Now; experienced TfL web site users will know immediately that the London Watford is drawn from a railway (and thus Overground) database, hence the little pictograms. The Hertfordshire Watford is located in the London Buses database as per its little picture. People who live in Watford, plus a few geniuses like fbb (?), will also know that the two locations are the same place as is confirmed by this aerial view. 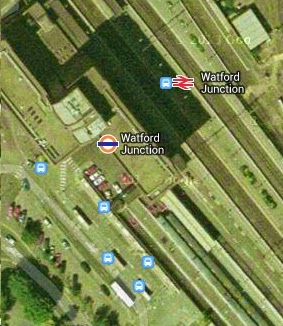 But it will be a bit of a struggle for the unchurched; just the sort of people than an "award winning" web site ought to be assisting. But it doesn't, does it?

... and the answer ignores the only station that is called just "Watford"!

How about "Watford Station"? Which should produce the unique location of the terminus of the Metropolitan line. 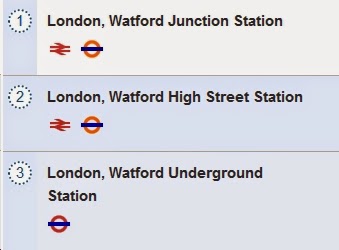 Hooray! But, helpfully some might say, confusingly others might think, it gives two stations that are not called just "Watford". Now let's click on this occurrence of  "Location Outside London". 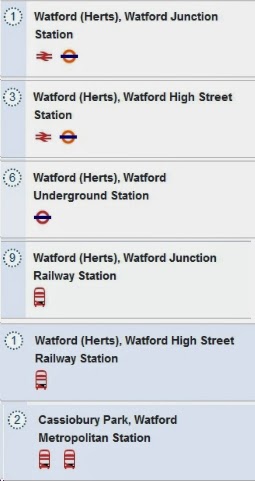 We have the same three stations as in the upper version, but now they are all in Hertfordshire, not London; and, just for fun, we have two versions of each. In total, then we have nine clickable panels, three for each of the three Watford Stations. 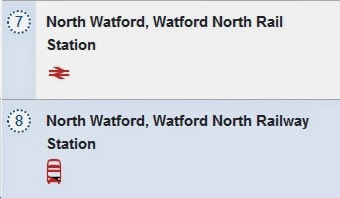 One Garston; digitally but erroneously bereft of buses 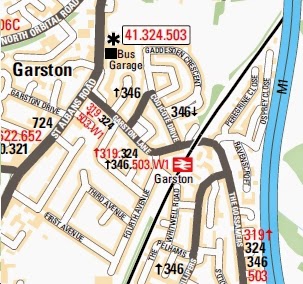 One Croxley, with no trains, despite its being a station on the "Met". 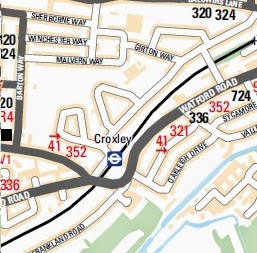 And one Police Station. 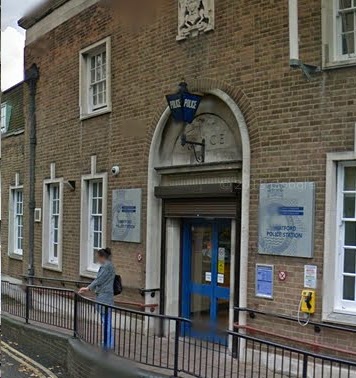 Which claims to be in "Kingswood", despite its being almost next door to Watford Junction Station in London (or Hertfordshire). 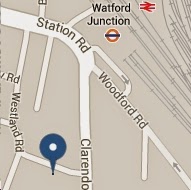 fbb is not sure how many Watfordians would be able to direct you to Kingswood. In view of the many concerns about the quality of policing in the UK, is it concerning that the Watford cop shop is on Shady Lane?

Of course, database and journey planner design geeks will enthusiastically talk about the need to offer users the fullest amount of information. An enquirer might enter Watford Station when he really meant Watford Junction or Watford High Street, they claim. This is just about possible; but typing in Watford for Garston, North Watford or Croxley is extremely unlikely. An enquirer with such a parlous knowledge of where he wants to go is unlikely to be using a journey planner.

And clever people will also explain the poor performance of TfL's journey planner baby on its fringes by explaining that this area is not in London (which is why many of the locations are labelled "London" of course) and therefore cannot show every possible Watford location correctly. This is unmitigated tosh. The problem lies in over-reliance on technology and lack of use of human brain. fbb's second mantra comes into play, "never let the technology tail wag the information dog."

If you go, TfL style, for comprehensive lists which cover every possibility, you may, in theory, be able to answer every possible question, however odd-ball. BUT, you stand a very good chance of confusing or misleading the majority of your users. Your journey planner ceases to be comprehensible.

And we haven't even started looking at No. 3 son's destination; viz London Heathrow Airport.


Next bus/rail blog : Tuesday 10th June
Posted by fatbusbloke at 02:00