... it's 59; a number with no affinity for anything currently operated in York. But there is some sort of logic, of course. Poppleton Bar is at the junction of York's western by-pass and the A59.

Indeed the new site is located where the green "A59" is printed on the map. Here is an aerial view of this site under construction. 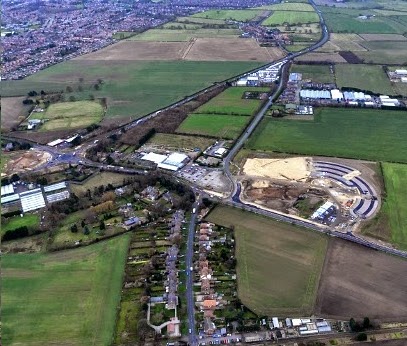 Here we are looking from the north. Poppleton station is just off the picture bottom centre with a glimpse of the railway line from Harrogate. The by-pass streaks across the view from top to centre left. The pre-by-pass road via Knapton village leads across top left to the massive suburb of Acomb.

The new facility did not go down well with some Poppleton villagers.

800 survey forms were distributed in the village; 111 responses (so hardly a majority - fbb) were received with most of them against the scheme.

There are significant concerns about increased traffic congestion in the A59/A1237 roundabout area and the traffic light system that would cover the Station Road/A59/Park and Ride junction. A principal reason for this opposition is the fear that the so called rat run through the village, along Black Dike Lane and Hodgson Lane, will be exacerbated when a perceived increase in the number of motorists opt to avoid extra traffic delays on the A59 towards the city centre.

The June 8th opening had its critics as well because most (all?) of the infrastructure improvements ...

... were not finished. Councillor Galloway is not happy. 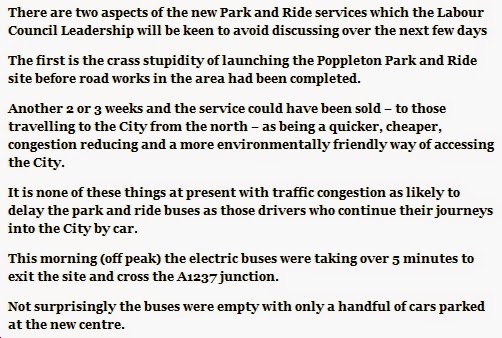 What makes service 59 different is that it is operated by all-electric buses. These were dutifully previewed in York City centre to the possible apathy of Marks and Spencer customers (?) 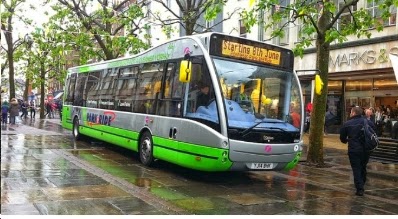 These are (obviously) Optare vehicles.

The Solo SR EV is driven by an Enova 120kW electric motor powered by 56 Valence lithium iron magnesium phospate batteries delivering 138 Ah, and it has a range of between 80 and 100 miles on a single six-hour overnight charge, costing as little as £6.40. This range can be significantly increased through the use of fast-charging technology to enable opportunity charging during breaks in the operating schedule. Operating cost savings are estimated in excess of £8,000 per bus per year, compared to a diesel powered equivalent.

The distance from the car park to the centre of York and back is about 7 miles, so the maximum number of trips possible without additional charge is, in theory, about a dozen. So "opportunity charging" will be necessary using the "electricity pump" as shown here. 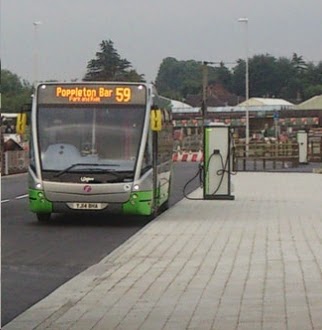 Let's hope that re-charging is more reliable and more successful than the induction loop system that has given so much trouble in Milton Keynes.

So it was on Wednesday 11th June that the Great and the Good (without fbb, great - in size - but not particularly good) assembled at the trendy terminal building ... 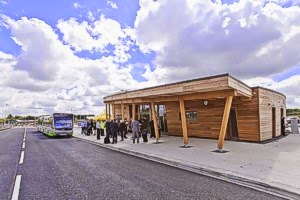 to cut the tape. 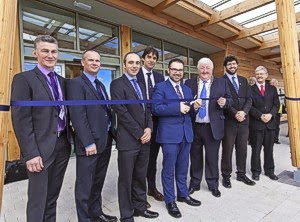 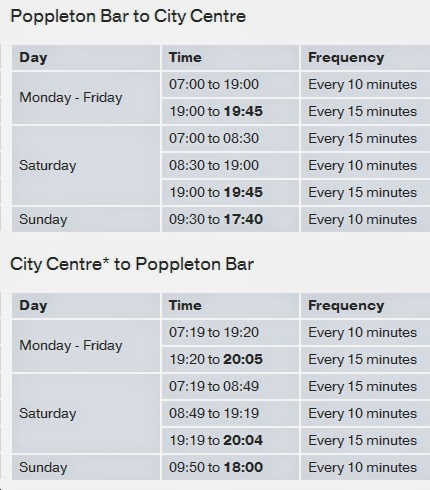 ... with special concession for people whose heads have, sadly, become detached. Cheaper fare options are available for regular travel ... 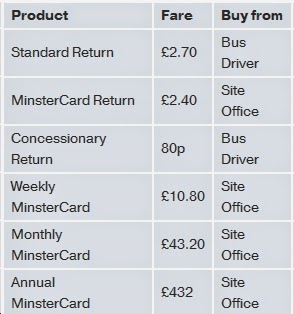 Bus spotters will be amused (challenged? bored to death?) by a little bit of intrigue. As delivered to York, the buses were registered with "63" plates (September 2013 to February 2014 inclusive) ... 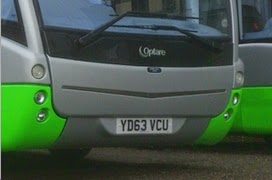 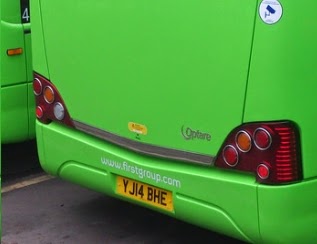 To keep the spotters happy, here is the full list. 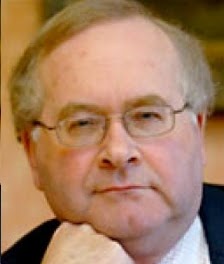 ... in the panel above. He has also posted a YouTube Video; highlighting the delays in sorting out the road network. It was recorded on Monday 9th June, the first weekday of operation.

Despite the councillor's utterly reasonable concerns, the new site is certain to become popular; lying, as it does, on the main road from the A1M and from Harrogate. As they say, it will be nice when it's finished. Only time will tell if the electric buses can be operated reliably.


Tailpiece
ON MONDAY July 15th 1907 an unusual bus picked up its first passengers at London's Victoria Station before gliding smoothly off to Liverpool Street. It was the beginning of what was then the world's biggest trial of battery-powered buses. The London Electrobus Company had high hopes that this quiet and fume-free form of transport would replace the horse. At its peak, the firm had a fleet of 20 buses. But despite being popular with passengers the service collapsed in 1909. 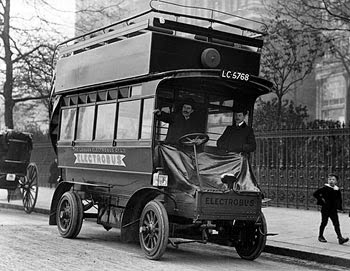 The electrobus needed 1.5 tonnes of lead-acid batteries to carry its 34 passengers. It could travel 60km (38 miles) on one charge. So at lunchtime the buses went to a garage in Victoria and drove up a ramp. The batteries, slung under the electrobus, were lowered onto a trolley and replaced with fresh ones. It all took three minutes.

"The highway works both around the site and at the nearby ring road are horrendous. Access for cars to the site is very confusing. No wonder motorists are avoiding it! First are really struggling with schedules as a result and have extra (diesel) buses out to enable the electrics to get their recharging time!"

Ah, the joys of private and local authority partnership. 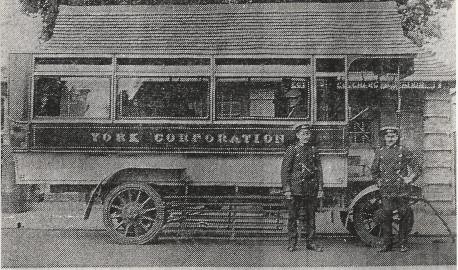 ... and to this day, there are still two relics of this pioneering form of transport in the City; the shelters at Clifton Green and Malton Road Corner, which were built as charging points for the buses. 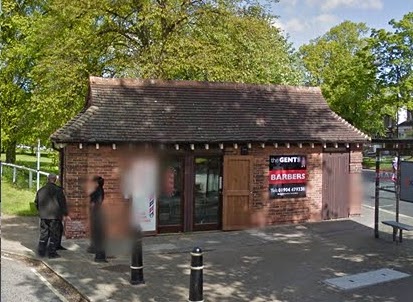