fbb is not a great lover of the world of retail, leaving such challenges to Mrs fbb who is much better at the complexities of special offers BOGOFs and the like. Despite some opinions to the contrary, the old man does visit shops and can purchase victuals (and cook them) but would not undertake such chores as a pleasure.


Likewise Christmas Markets do not attract;although the street food stalls do have a certain allure. 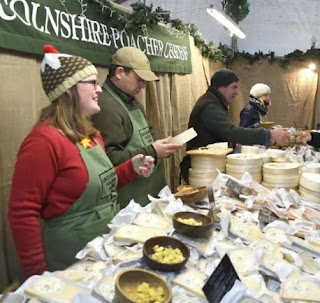 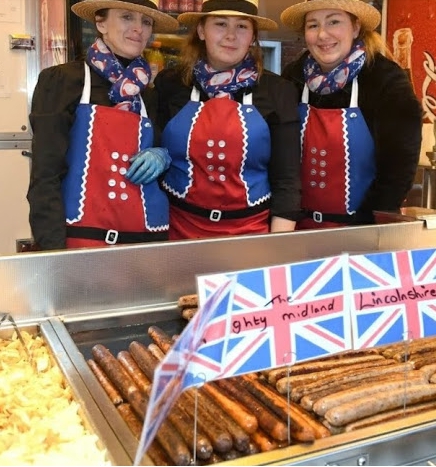 Hot chestnuts; hmmm, not so sure. 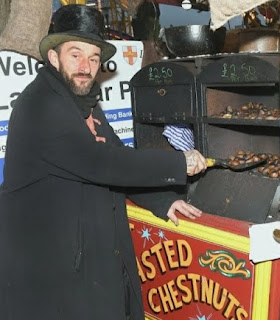 fbb has youtful memories of attempting such in front of the living room fire; creating two flavours, namely raw (not unpalatable) or burnt to a cinder (inedible) or a 50/50 melange of the two. But by the time the skins were peeled off (ouch ouch) the chestnuts were tepid. 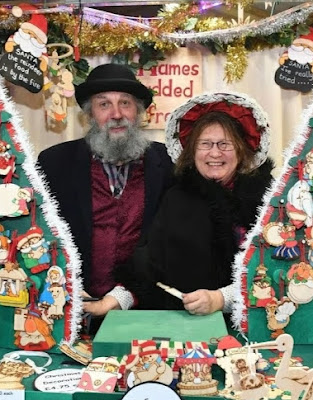 ... it is interesting (enjoyable for some) to browse, but there is rarely anything on fbb's "to buy" list.

But all these delights, plus a vast quantity of other stalls were available at the Lincoln Christmas market which this year ran from Thursday 6th to Sunday 9th December inc. 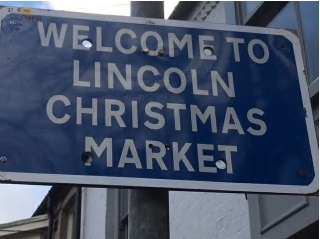 Sheffield correspondent Roy went by train (but not on the Saturday as Northern were having one of their festive strikes). The numbers visiting from afar can be gauged by the crowd barriers outside the station for managing the returning crowds. 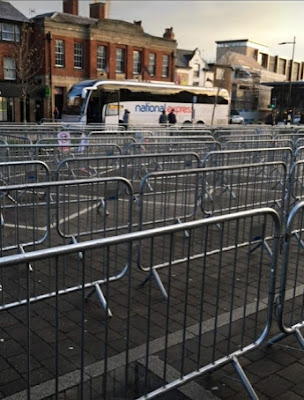 Lincoln Cathedral (fbb's favourite home of a bishop's chair) sits on top of a hill ... 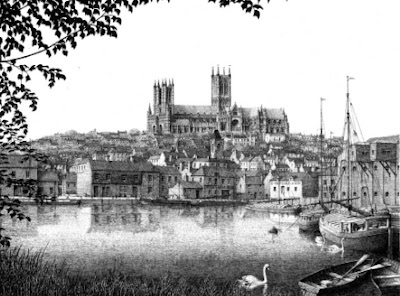 ... and, as you would expect, it is surrounded by cobbled quaintness with nowhere to park. It is in these ancient, picturesque but vehicularly inaccessible areas that the Market in all its glory is situated. 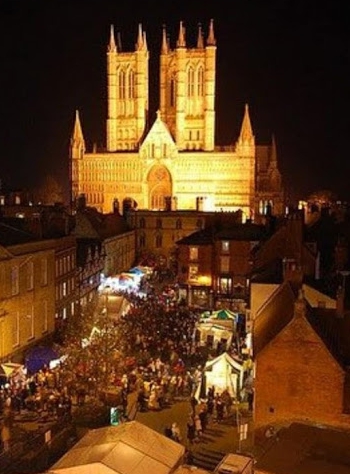 For the youthful and energetic, there is a steep hill leading from the modern town centre up to the fun and frolic area.

This road is called (with stupendous medieval imagination) ... 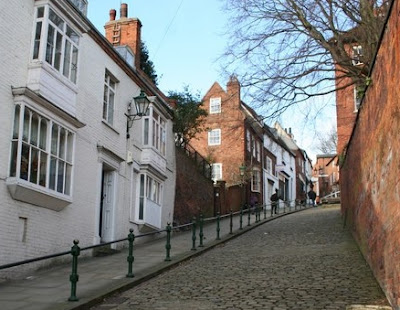 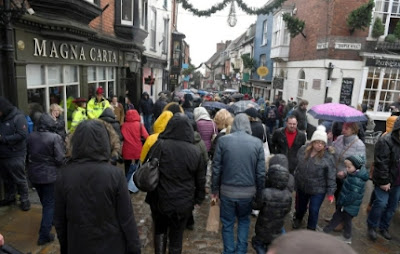 To bypass the scrum, local operator P C Coaches was running a "Walk and Ride" (???) service from Silver Street in the main shopping area ... 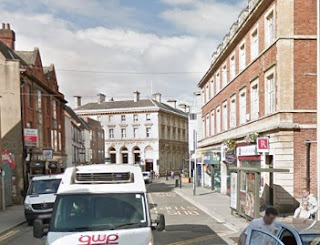 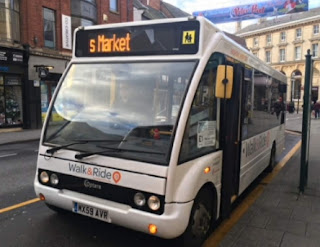 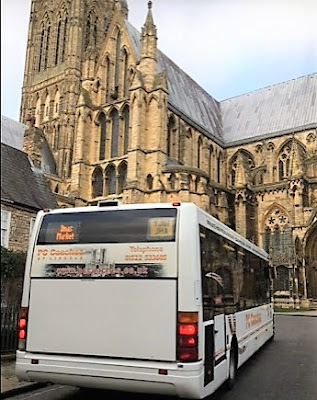 Appropriately, the company uses the Cathedral as part of its bus livery. They run a series of public bus services in the area ... 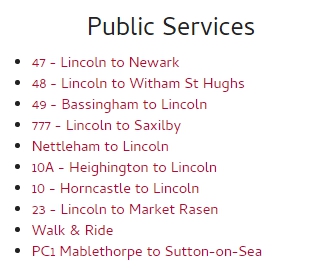 ... which includes the Walk and Ride - so not a specific Christmas Market service. It runs every 20 minutes, but the timetable on the company's web site does not show days of operation!

But the main supplier of buses for the Seasonal Retail Magnificence (?) is Stagecoach, whose services we will look at tomorrow. 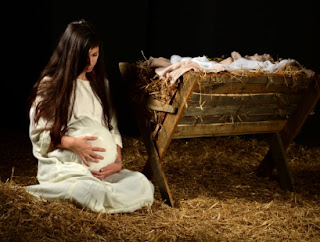 Unbelievers are quick to denigrate the idea of a Virgin Birth as being "impossible". So what? IF there is a God, then by definition he is outside of the constraints of space and time, not dependant on our human and limited physical laws. That is what a God is!

So impregnating a 16 year old girl would not be a problem.

And if there is no God, then CHRISTmas is rather silly.

More attractive an explanation is  to posit a bit of pre-nuptial nookie on the part of Joseph.

Matthew, in his Gospel, is having none of that.

This was how the birth of Jesus Christ took place. His mother Mary was engaged to Joseph, but before they were married, she found out that she was going to have a baby by the Holy Spirit. Joseph was a man who always did what was right, but he did not want to disgrace Mary publicly; so he made plans to break the engagement privately. 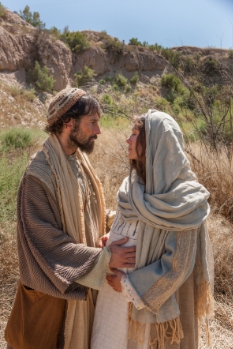 While he was thinking about this, an angel of the Lord appeared to him in a dream ... 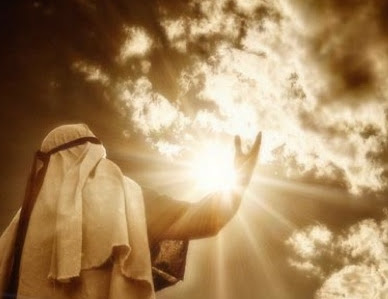 ... and said, “Joseph, descendant of David, do not be afraid to take Mary to be your wife. For it is by the Holy Spirit that she has conceived. She will have a son, and you will name him Jesus - because he will save his people from their sins.”

To "do what is right" by the standards of the day, Joseph should have turned Mary out on the street and publicly denounced her infidelity. As "one of the good guys", he decided to break ranks with convention and, possibly, leave her private, unmarried but unthreatened, in her family's home.

Jesus (Yeshua, Joshua) means "God Saves" so the longer term message of CHRISTmas is reinforced by both Gospel writers.