And So To "South Bristol"?

But where IS "South Bristol"? For the purposes of this blog, fbb has defined the area as a large "triangle" of land that lies between the A38 to Taunton and the A37 to Yeovil. (click on the map extract below for a better view.) 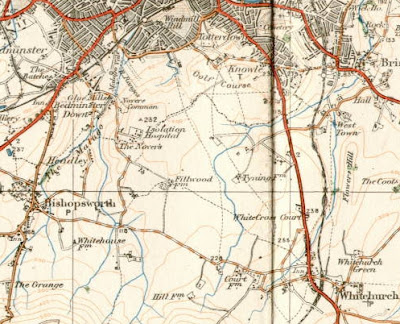 At the apex of the triangle is Bedminster and the base line runs from the former villages of Bishopsworth to the former village of Whitchurch. By the 1940s that names of Headley, The Novers and Fillwood Farm ... 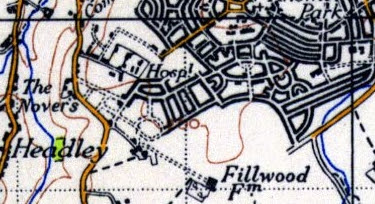 ... were beginning to be used with "Park" added as Bristol spread south from Bedminster.

Withywood and Hartcliffe, was where development began in the 1950s, south of the road between Bishopsworth and Whitchurch; while Hengrove grew to the west of Wells Road. In the middle of these developments lay the former Bristol Airport. 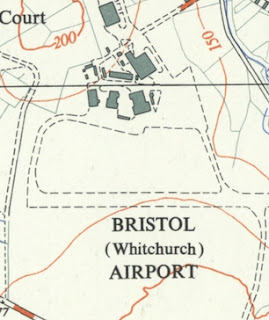 Bristol (Whitchurch) Airport, also known as Whitchurch Airport, was a municipal airport in Bristol, England, three miles (5 km) south of the city centre, from 1930 to 1957. It was the main airport for Bristol and area. During World War II, it was one of the few civil airports that remained operational, enabling air connections to Lisbon and Shannon and from there to the United States.

The airport closed in 1957, with services transferred to the former RAF Lulsgate Bottom. The former airfield is now occupied by a sports centre, trading estates and retail parks. The South Bristol Community Hospital opened on the site in 2012.

The area is now called Hengrove Park but the old runway is still visible in amongst the sports and leisure greenery. 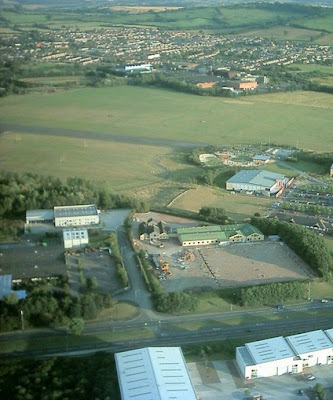 The First bus depot is off the picture at the bottom and the Leisure Centre and Hospital, also served by buses, is off shot centre right. Here is First's map of the area showing current services. (click on the map below for a larger view) 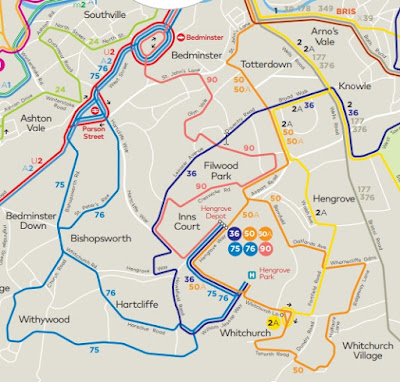 It is into this area that the southern section of the M1 will run. 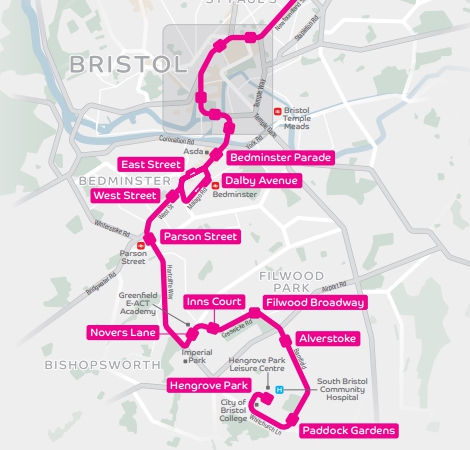 Starting at the one-way road system in Bedminster, it is possible to mentally superimpose the M1 on the present network. It leaves the 75/76 (BLUE) at Parson Street and runs non stop via Hartcliffe Way ... 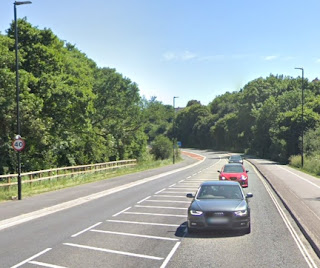 ... before making a left to serve Inns Court, current home of the 90 (RED). At the Alverstoke stop, named after a side road off Bamfield ... 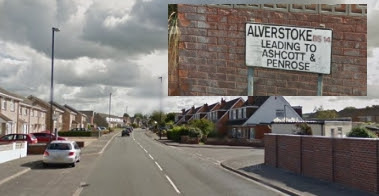 ... before turning back towards the City to terminate at the Hengrove Park Leisure/Hospital area. 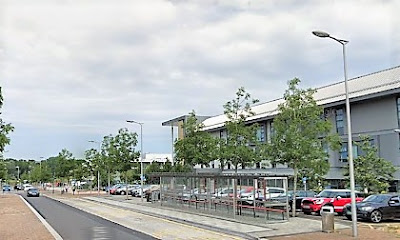 The only sections of road NOT served by current First Bus routes are the aforementioned Hartcliffe Way and a short section at the end of Bamfield where it joins the "main" road, Whitchurch Lane. 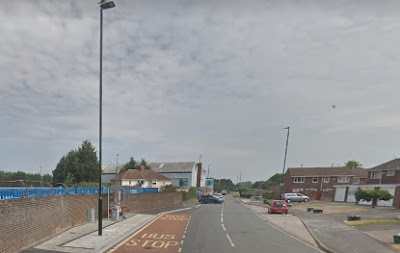 Note the metrobus construction (no monolith yet) on the left. 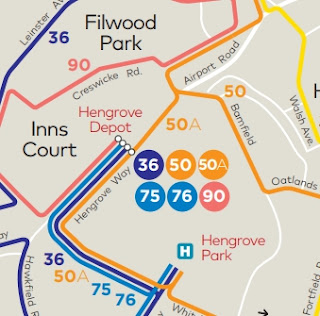 ... but as the M1 is operated under contract to First by Bristol Community Transport there is no benefit in ending up at First's depot. Hence its terminus at the places where passengers might want to go rather than somewhere they would usually choose to avoid ... An anonymous correspondent sort of stole fbb's thunder by suggesting that the M1 would only have a "muted" effect on existing services; but the devil, as they say, is in the detail so tomorrow we will look at what will change as the M1 invades South Bristol.
-o-o-o-o-o-o-o-o-o-o-o-
ADVENT CALENDAR 20
And, talking of Light ... 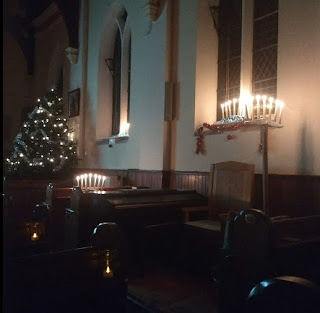 ... one of the main reasons, in days of yore, why churches started having an evening service was to show off their wonderful new electric lights! But, at Christmas, many churches today switch them off and bedeck the aisles with candles! These pictures are from fbb's place of worship last evening. 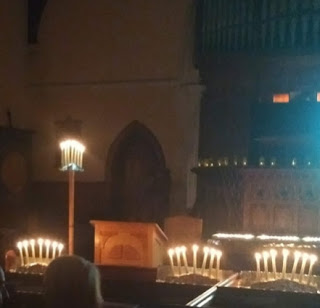 John, Gospel writer No 4 penning his words son 60 years after Jesus rose from the dead, set out to explain the purpose of Jesus' coming to earth. The narrative was, by then, well established and well accepted but John wanted to explain why. 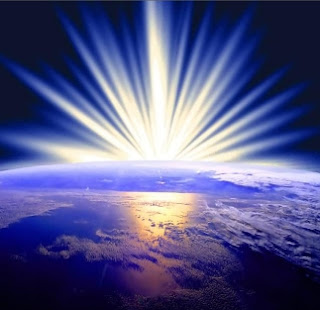 "The Word" clearly equals Jesus, but how? Think of the English epithet "say the word and it will be done." What word? When you "say the word", you have authority and stuff happens - Jesus was the Authority of God On Earth - he says and it happens. 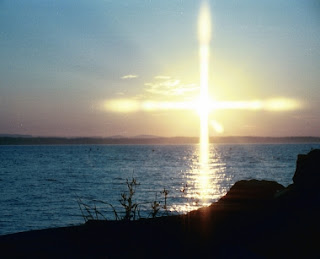 The Word became a human being and, full of grace and truth, lived among us. We saw his glory, the glory which he received as the Father's only Son.

He brings "light" to earth and offers "glory" eternally in Heaven.

That's the power of Christmas.