In the highly unlikely event that fbb was alive in 2040 he would be celebrating his 95th birthday. Therefore the privately produced "Tube" map is only of passing interest. Not only will fbb's bits be, most likely, scattered somewhere but even for those who will survive, the map, like many before it, may well prove a dubious piece of prophecy.

An extension of the Elizabeth Line (Cross Rail/TfL Rail) to Gravesend might happen.

It would offer an excellent improvement for travellers to central London and on to Heathrow. 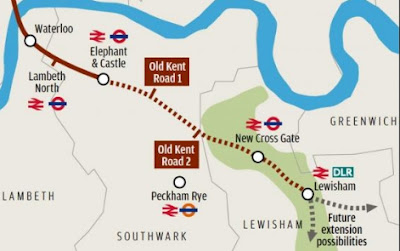 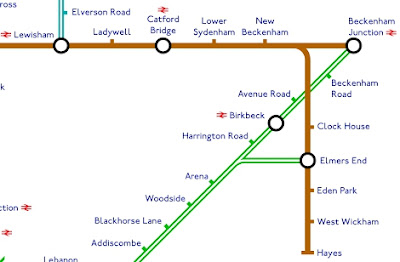 Strangely, the proposal to return Bakerloo trains to Watford Junction seems to have faded yet again from the various sets of plans. 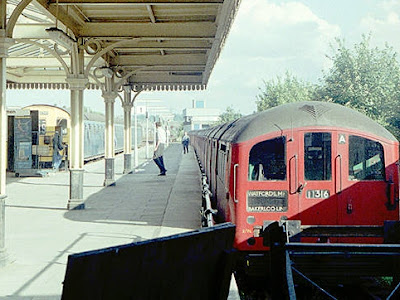 In 2040 it still terminates at Harrow and Wealdstone. 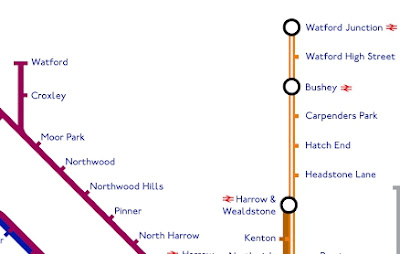 And while we are in the desert wastes of Hertfordshire, whatever happened to the extension of the Metropolitan line from Croxley to Watford Juntion. Apart from the Two Rivers area, most of the trackbed of the former Croxley Green branch is there, so, compared with other more expansive (and expensive!) proposals, it should be easy peasy.

For the uninitiated, the Watford stations are much closer than the traditional Underground diagrams show. 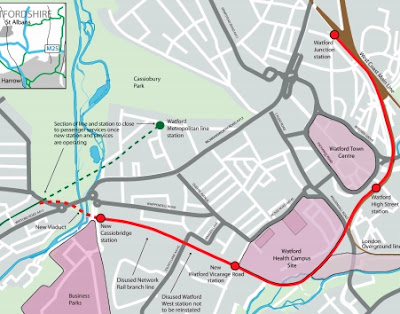 Trains to the vast Thamesmead Estate have been talked about since the area was a marshy bog (!) ... 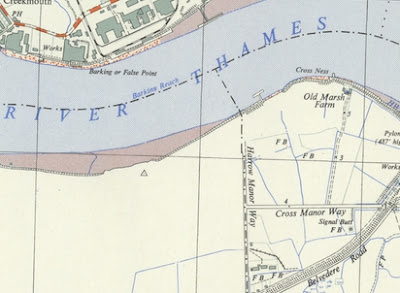 ... and then, in typical London style, two extensions come along together! Yet another spur on the Docklands no-longer-so-Light Railway plus an extension of the nearly decided Gospel Oak to Barking Overground line. 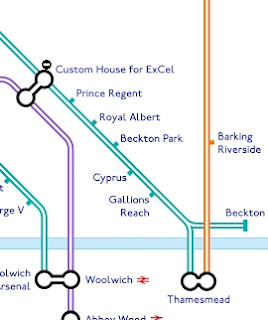 The Croydon tram network gets a small brother in the form of the first stages of a Sutton tramlink ... 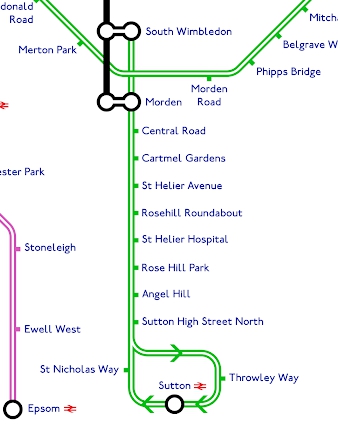 ... where enthusiastic (optimistic) movers and shakers are already talking about fuirtherextensions extensions!

Crossrail Two appears in one of the many versions that have been debated since Crossrail One was but a glint in the eyes of Transport professionals. It began as a putative Chelsea Hackney tube line. 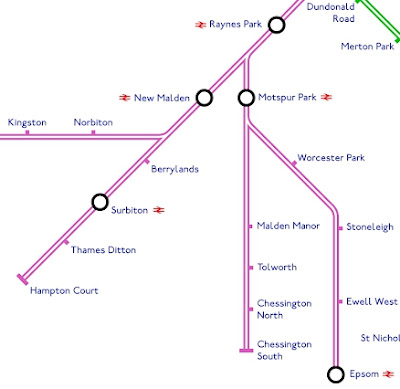 But the idea grew and it is now shown linking South Western Railway branches with a few more bits of the north London suburban scene. 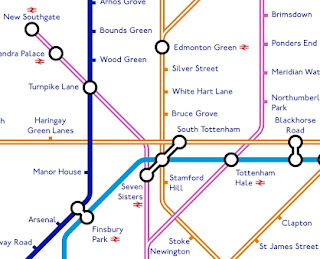 It passes through a potentially horrendous Kings Cross, St Pancras and Euston mega-interchange (Travolators to the fore!).

Lastly is the "West London Orbital". This proposes that trains on the Hounslow and Richmond branches will call at the mega interchange (proposed, of course) with HS2 at Old Oak Common ... 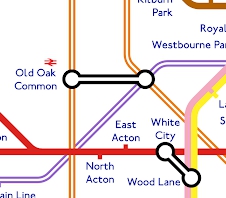 ... then use the so-called "Dudding Hill" line to get to West Hampstead and/or Hendon. 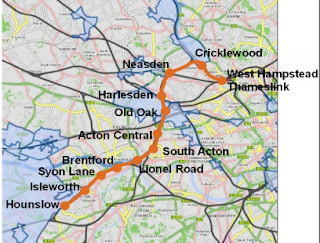 There is quite a lot more detailed stuff on this map of proposals to be built by 2040, but do remember, if you are drooling in eager anticipation of lots of new lines to "cop", that Thameslink 2000 isn't quite finished yet - nearly, but not quite - and Crossrail is running "on time and on budget" a year late and needing an extra approx 400 million to finish the job.

Yet again a flock of avian porcine creatures flies low over the capital.

To download and explore the whole map, type 2040 tube map into your favourite search engine.

-o-o-o-o-o-o-o-o-o-o-o-
ADVENT CALENDAR 8
In case you have lost the plot (not difficult with fbb's ramblings) we have seen that three of the great symbols of CHRISTmas (Saint Nick, Father [of] Christmas and Kris Kringle) are manufactured heroes of the season based on dodgy tradition and little else.

Whilst some would like to add Jesus himself to the list, it is very clear that the baby born of David's line in David's town is a bit more than that.

As "God's Chosen Race" faced defeat and near annihilation, the hope that He would send a "Messiah**" began to evolve in the minds of the great Prophets. We heard from Mr Misery (Jeremiah) yesterday who, despite his doom and gloom, saw a glimmer of light.

But the big bringer of Hope was Isaiah ... 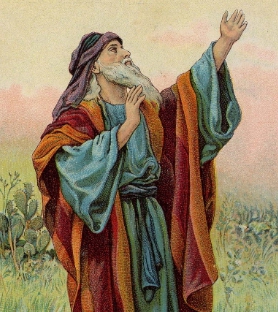 ... and we don't have a clue what he looked like! But we do know what he wrote, about 700 years before Jesus was born (give or take a hundred!)


The people who walked in darkness
have seen a great light.
They lived in a land of shadows,
but now light is shining on them.
You have given them great joy, Lord;
you have made them happy.
A child is born to us!
A son is given to us!
And he will be our ruler.
He will be called, “Wonderful Counsellor,”
“Mighty God,” “Eternal Father,”
“Prince of Peace.”
His royal power will continue to grow;
his kingdom will always be at peace.
He will rule as King David's successor,
basing his power on right and justice,
from now until the end of time.
The Lord Almighty is determined to do all this.

**Messiah - a Hebrew word. The Greeks had a different word - Christos. It meant exactly the same thing. So the child in the manger was never called Jesus Christ. Much later he was referred to as Jesus THE Christ (a k a THE Messiah). Of course, the debate was always "what SORT of Messiah would he be?"

Next snippets blog : Sunday 9th December
Posted by fatbusbloke at 02:00