Yesterday the fbbs returned from the Isle of Wight for a rest! It was a busy weekend with a long list of "appointments" with old friends - a great privilege but tiring. After today's final collection of bits, there is a definite possibility that normal one-topic weekday blogging will return.

On The Shelf On The Ferry
On their return journey, the fbb limo was not raised to the overhead black hole of Calcutta (The Garage Deck) but this time guided on to a shelf ... 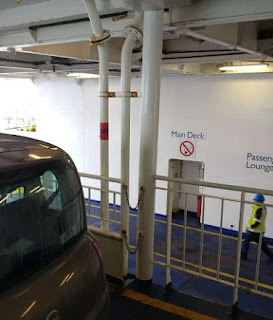 ... above and to the side of the main car deck. 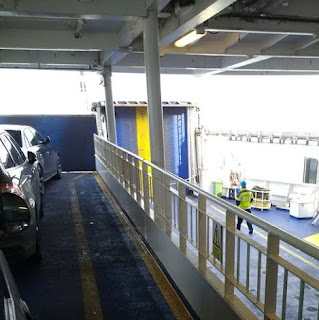 They do "pack 'em in", you know. Return fare for car and two elderly fbb's - £101. OUCH. And, inevitably, more whirry clunky things to go wrong.

Some wag, who shall remain nameless, suggested that "on the shelf" was a very appropriate place for your elderly blogger and his good lady wife.

Internal Illumination : Back To The Future
Remember these?

Routemaster with internally lit advert panels on the side. fbb well remembers, in the halcyon days of his "youff", that United Counties had some on which he travelled home from town to the village of Little Billing from time to time. Here is an Eastern Counties version. 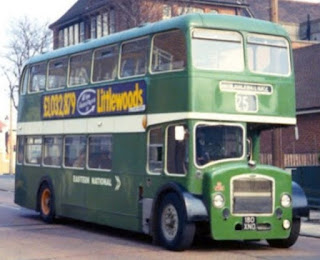 Back then the illumination came from so-called fluorescent tubes along the top of the light box.

More recently LED technology means that the adverts can be almost flat and, presumably, stuck on with glue just like the paper ads. 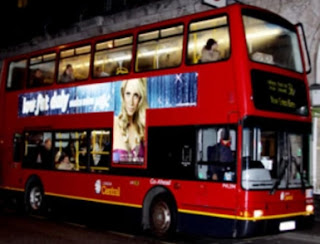 Thanks to Sheffield correspondent Roy, here is an all-over ad bus from Stagecoach Manchester, plus illuminated panels. 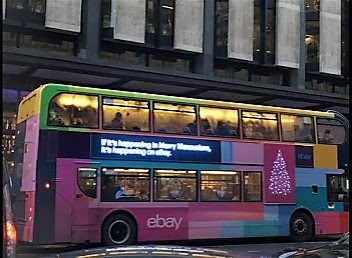 Bet that cost an arm and a leg!

Hooray : Civic Pride Returns!
A few days past, fbb introduced his excited readers to Lothian Buses to the 2018 version of a 110 seater "megabus". 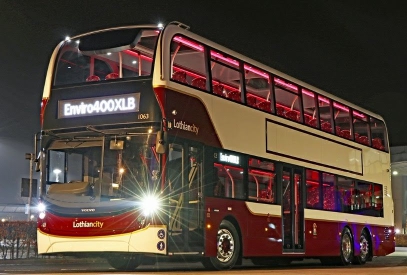 What fbb did not realise, until someone sent him a bit of twitter, that the bus carried the coat of arms of the City of Edinburgh. 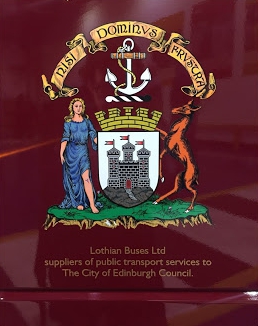 Well done Lothian, a not quite so arms-length local authority owned company.

Nostalgia Again.
fbb came across this in some un-remembered on-line collection. 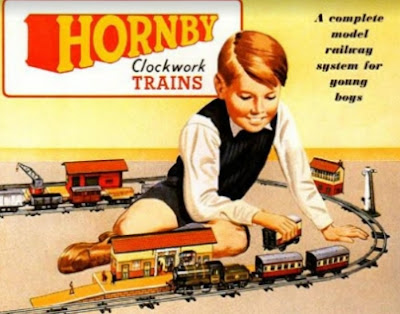 fbb had the loco, the coaches, the track and some trucks; but sadly NOT the station, signal or goods shed. They were deemed too expensive by the bank of mum and dad. fbb never looked as tidy at the lad shown above! 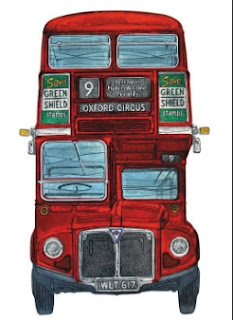 On-line we are told that the original is a "collagraph" print.

fbb needs educating! The "colla" is as in "collage". You assemble bits and bobs to form the key shapes. Here's an on-line bloke creating a snake and a frog picture. 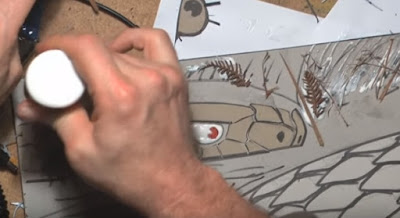 Having glued the textures together (e.g. the snake's scales) the whole panel is varnished. 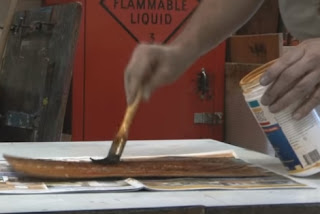 Then cover the print "block" with paint ... 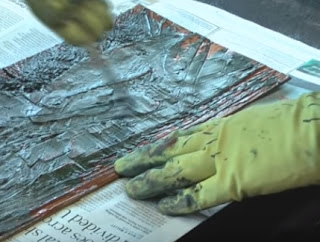 ... run it through a printers' press. The result is a print ("graph") of the collage. 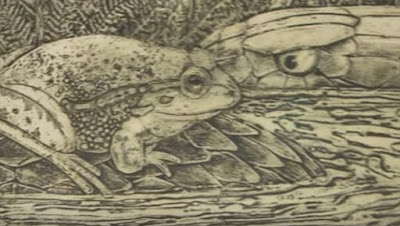 The Routemaster print looks as if it was a bit more complicated than the on-line instructions might suggest.

The real vehicle was not a very interesting or long-lasting example of the marque! 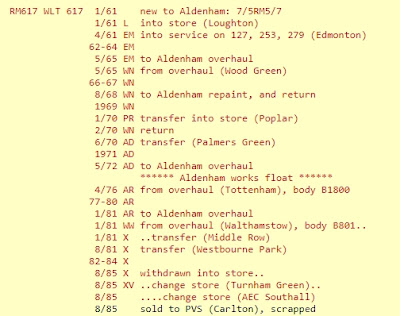 (click on the graphic above to enlarge it). Thanks to the wonderful "Ian's Bus Stop" for the above.

-o-o-o-o-o-o-o-o-o-o-o-
ADVENT CALENDAR 4
If you live in the USA, you might focus your "Holidays" fun on yet another character, another version of man with red suit and bushy white beard.

He is Kris Kringle. For him, you blame Martin Luther. 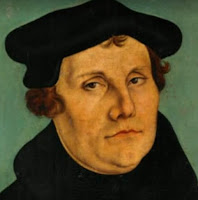 He, as all schoolboys howler fans will remember, is famous for his diet of worms and his principles which he nailed (painfully) onto a church door in Wittgenburg. 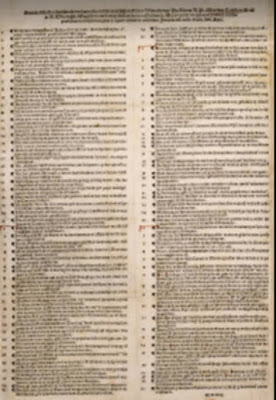 Luther was the leader of the Reformation movement in Europe, speaking loud and long against the theological practices of the Roman Catholic Church. His big beef was selling "indulgences", effectively the church charging its brow-beaten members to have their sins forgiven.

Back in the 16th Century (yes it was a mess back then!), Luther was appalled at the flummery that surrounded CHRISTmas, particularly the dodgy St Nicholas tradition and its weak support for gift giving - on December 6th, of course.

So he started a new tradition whereby the gift giver and distributor was not a dodgy saint, but the child Jesus himself. Of course Jesus WAS the FREE gift ...


For the wages of sin is death;
But God's Free gift is eternal life
in union with Christ Jesus our Lord.

... so giving the Christ child the job of distributing seasonal largess was one way of "tidying up" the reason for the season.

But Luther's drive for simplicity soon became overblown with the infant's inherent "normality" becoming "an icon" in its own right. 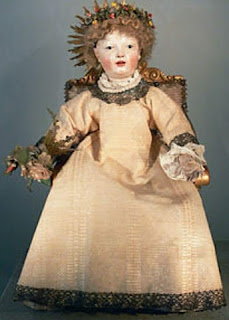 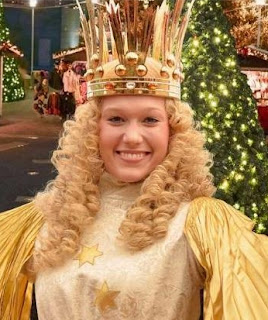 ... as an adult Christkindl (with the added letter "L" denoting the diminutive form, "little Christ child"). He/she/it arrives in some parts as Santa Claus' assistant.

Slowly in the USA, the German import became a pseudonym for the Santa Claus Father/Christmas conglomerate as Kris Kringle!

And the picture below is entitled "Gringle stole Kringle at the Kris Kringle Christmas Market. 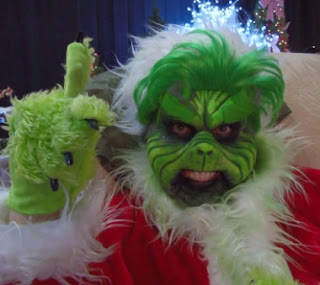 What a meaningless mess!


In the stillness of the night
When the world was asleep
The almighty Word leapt out.
He came to Mary, He came to us,
Christ came to the Land of Galilee!

Christ our Lord and our King!

Oh what a gift, what a wonderful gift
Who can tell the wonders of the Lord
Let us open our eyes, our ears and our hearts;
It is Christ the Lord, It is He!

Next autonomous blog : Wednesday 5th December
Posted by fatbusbloke at 02:00