Today is a Tough Day 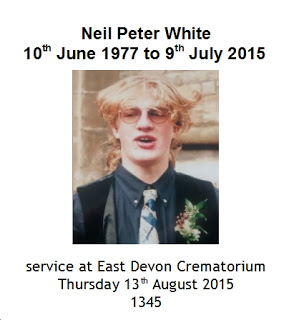 It was exactly a year ago today that fbb's No 2 son died.

The circumstances are irrelevant and the sadness is, and always will be, palpable.

Nos 1 and 3 sons join Mr and Mrs fbb today to "scatter the ashes".

Out of respect for a young man whose life was flawed but whose death will always hurt, buses and trains are placed in abeyance for this one day.

The family thanks many, many people for their support and prayers over the last year.

Praise God for the strength that he brings in the deepest of depths!