The Pale Pond and the Expensive Stop Flop (1)

A £1.4 Million Mega Makeover Mistake?
It was this headline, forwarded by No 3 son, that intrigued. 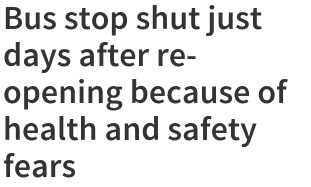 It appeared in the on-line version of the local Brighton newspaper. 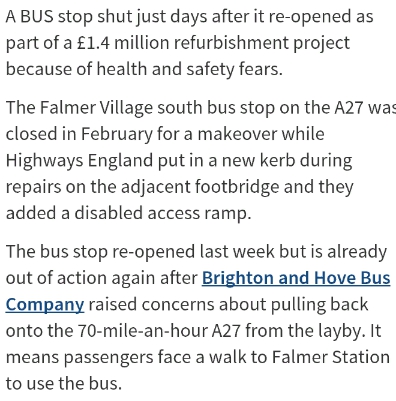 Of course, the writer did not get it quite right. The makeover included surfaces, ramps etc on the footbridge which links the two halves of the village of Falmer ... 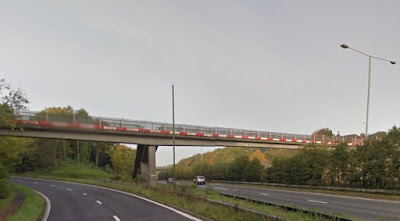 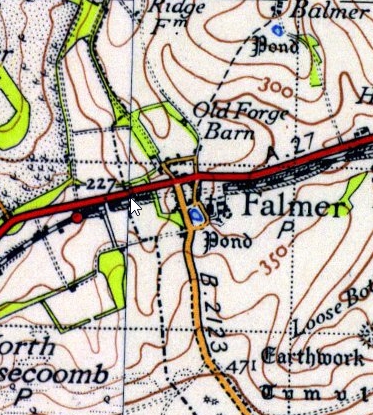 The B2123 leads down to the coast at |Rottiungdean; the A27 whizzes traffic between Brighton and Lewes.

Falmer village is divided by the A27 road. North of the dual carriageway are a few houses and a pub, with a footbridge linking to the southern part of the village, where a large pond ... 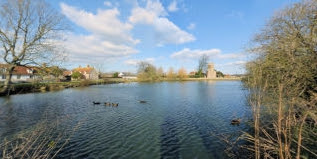 ... is encircled by cottages and the parish church, dedicated to St. Lawrence. 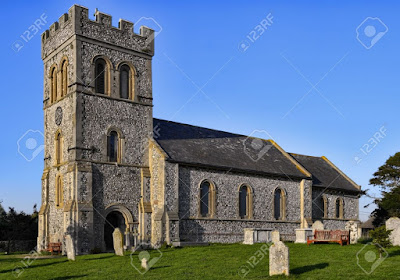 The two halves of the village are also linked by the B2123 road bridge just outside this circle of houses. The village pond, home to a population of ducks and geese, accounts for the name of the village: Old English for 'fallow mere' i.e pale-coloured) pond'

But Falmer and its immediate surrounding have changed a bit. 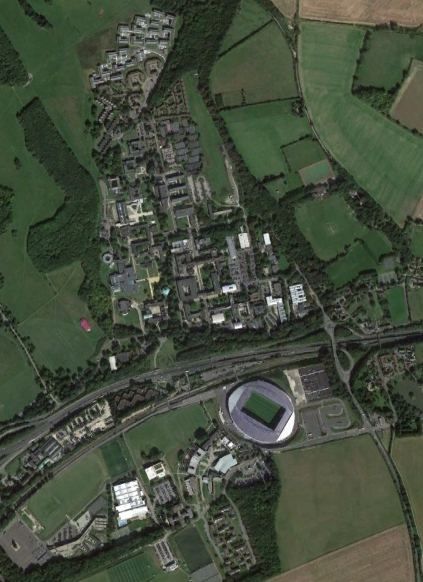 North of the A27 is the vast campus of the University of Sussex.

The original campus was designed by Sir Basil Spence and began to appear in the early 60s. It is technically in the village of Falmer, next to its railway station, and accessed by car from the A27 road. It is situated close to the South Downs, which influenced Spence's design of the campus. The campus is self-contained with facilities and shops.

In the mid 2000s it was joined by the University of Brighton (formerly a Polytechnic) with one of its five campuses south of the A27.

In 2011 the stadium arrived. It is known at "The Amex" (Americam Exprtess sponsorship) and is home to Brighton and Hove Albion Footy Club.

Right next door to the stadium is Falmer Station on the "Coastway East" line from Brighton. 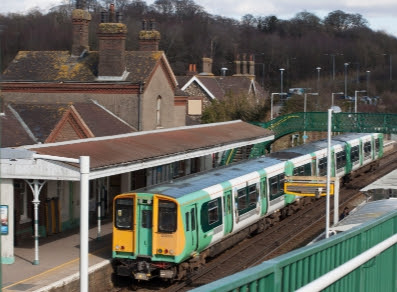 The beleaguered Southern provides today's (reduced!) service; but the station has changed very little since the 1960s ... 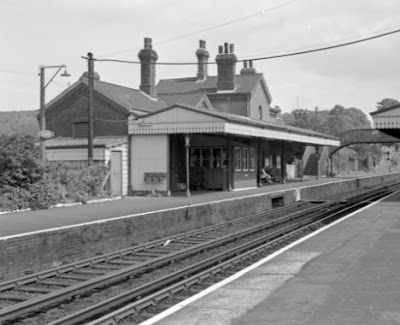 ... and neither is there much difference between now and the early 1900s!

O.K. there was a "big change" - electrification by third rail was added in 1935. The station may have remained unaltered, but the pedestrian approach has had to adapt to cater for stadium crowds. A huge footbridge ... 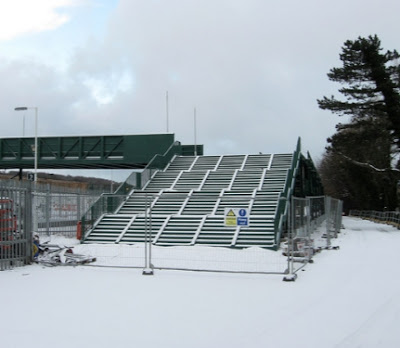 ... on the north of the line; together with an equally huge queueing area on the south ... 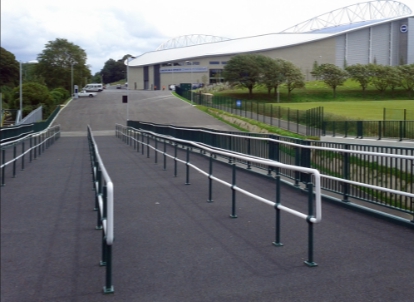 ... delivers match-day and concert spectators to the platforms.

But we digress. Here is the bus stop in question, courtesy of Google Streetview and before the refurbishment. 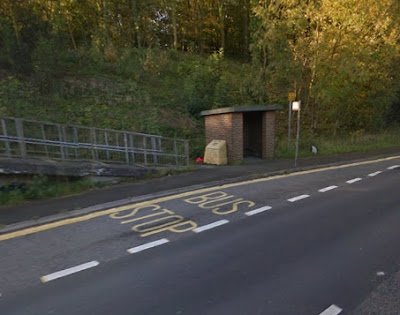 Pulling out on to the A27 has always been a hazardous experience. But the stop was closed for "refurbishment" back in February (2016) and, as the headline at the top of this blog reports, closed again a few days after re-opening just over a week ago. 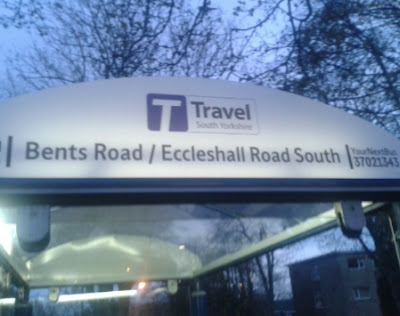 And here is a map of part of STAFFORDSHIRE, showing the town of ECCLESHALL. 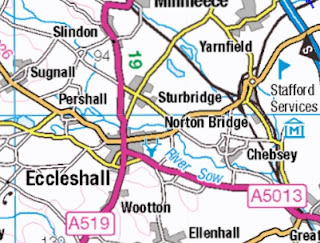 And here is an extract from a Gurgle map of Sheffield showing (roughly) the location of Alex's local stop. 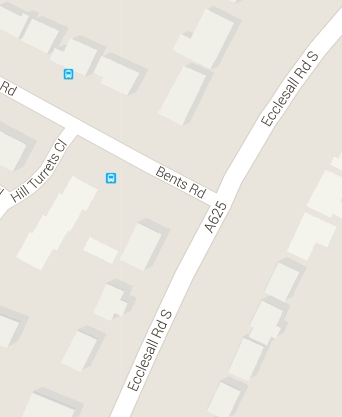 It shows an H-less "Ecclesall" plus "Road South".

Eccleshall is in Staffordshire,
Ecclesall is in Sheffield

For the record, the error has since been corrected by Travel Southampton!

We are experiencing problems serving our timetables at the moment. Until we get this resolved, you can call Traveline on 0871 200 22 33 or visit www.traveline.info.

Oddly, First don't seem to recommend the TSY, possibly because the whole of their ludicrously expensive web site is busted. No, other sets of timetables are all there; maybe First simply don't trustb the TSY information. 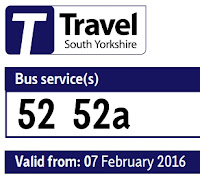