This was typical of yesterday's press reports presaging the protest due at evening peak yesterday.


Rail passengers are due to stage a protest today as hundreds of services are removed from the timetable amid a continued shortage of staff and threat of industrial action, which have caused travel misery for weeks.

Southern Railway said the interim move, cutting 341 trains a day for a month, from the Southern timetable and that of its sister service, Gatwick Express, was aimed at making services more "resilient".

Disgruntled commuters are planning a rush hour protest this evening, and are reportedly planning fare strikes, with passengers threatening to withhold payment for train tickets amid the news that rail company chaos will last another two years.

Commuters who have faced several weeks of chaos because of delays and cancellations, will hold the demonstration at London's Victoria Station later today.

"Southern mismanagement is needlessly wrecking passengers' evenings, interfering with childcare, and stressing out the workforce. Southern needs to get a grip - and if they can't or won't, the Government shouldn't let them run a railway."

Pictures of the protest were broadcast on TV and on-line although it is hard to judge who were the protesters and who were commuters trying to get home. 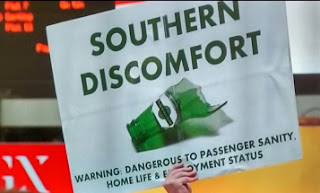 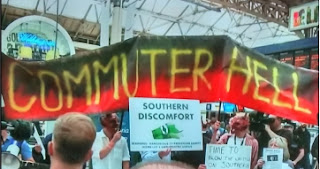 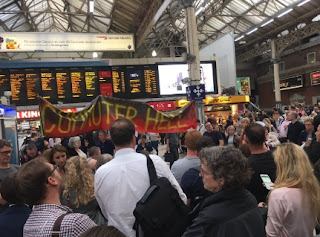 But is it really Southern's fault? Earlier this year, in February, this man ... 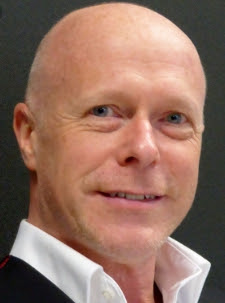 ... Peter Wilkinson by name, was addressing a public meeting in Croydon. The gist of his oration was recorded unemotionally by Modern Railway magazine in its April 2016 issue. 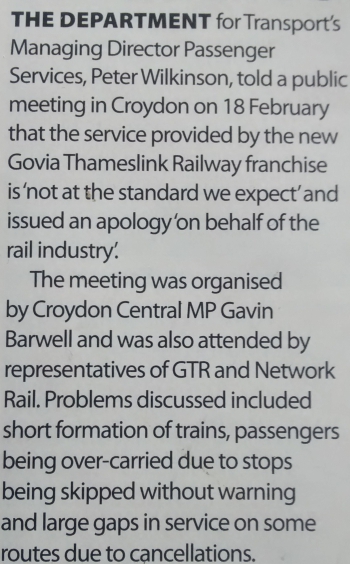 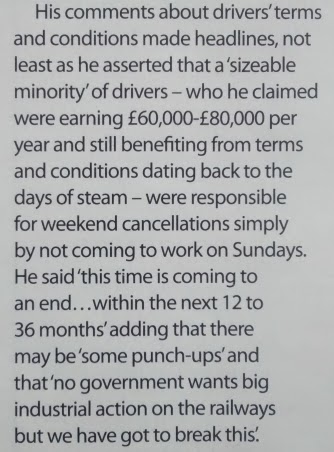 As the GoVia Franchise is on a "Management Contract" (The Departmernt for Transport, i.e. DaFT, pays the company a fee for running the trains it wants), it is he (Mr Wilkiunson, The DaFT Head of Railways) who is the piper who calls the tune.

Whilst Modern Railways was gentle in its reporting, the local Croydon Press wrote in somewhat more florid tones. 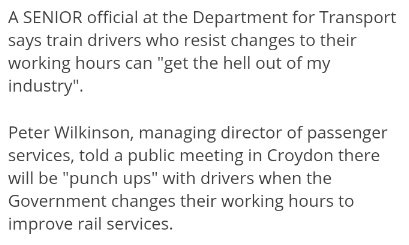 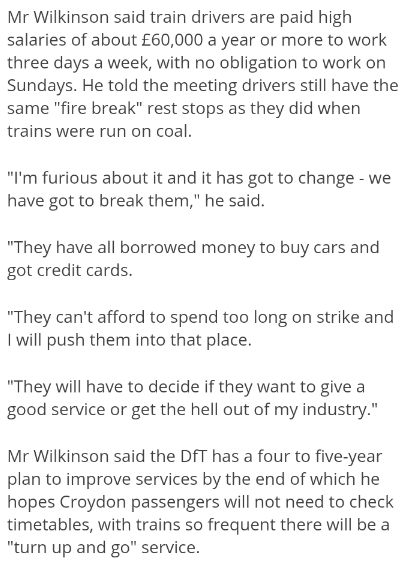 The last paragraph, above, presumably refers to the cunning plan to hand over most of Southern's inner-suburban "metro" services to Transport for London. Whilst there may well be more trains from Croydon under this plan, there is no evidence to suggest that any one service will become as frequent as an Underground line.

Needless to say, young Peter's prognostications have not been a huge hit with the Railway Unions. In the end there has been a DaFT apology "on Mr Wilkinson's behalf. He couldn't offer one as he has been sitting on the naughty step since February. 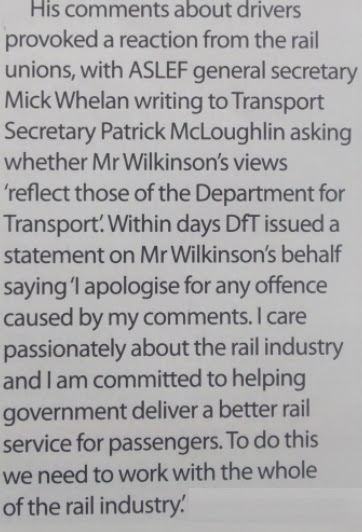 Despite the DaFT apology, the dispute and its ancilliary (in)action by poorly guards, seems set to mirror (mayhap with less violence) Margaret Thatcher's determination to crush the NUM. Taking away the Southern franchise is likely to be impossible in itself due to the complexity of the whole Thameslink complex. And any new incumbent will still be saddled with the likes of Mr Wilkinson and |Government policy.

We saw yesterday that Southern had used a modicum of common sense in its train cutting plan, even if common sense is lacking in the dispute itself. They have attempted to preserve peak hour services on most lines and taken trimmings from their off-peak "main line" services.

This is an extract from the Gatwick combined timetable. 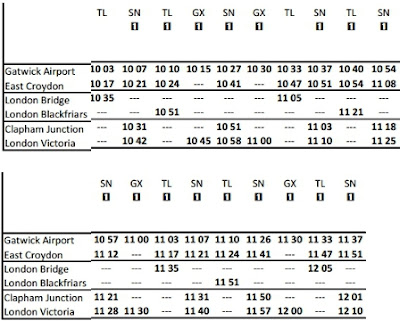 Gatwick Express services are normally advertised as running every 15 minutes. Now there are half hour gaps (1030, 1100 and 1130). The service has had a range of very assorted stock over the years ... 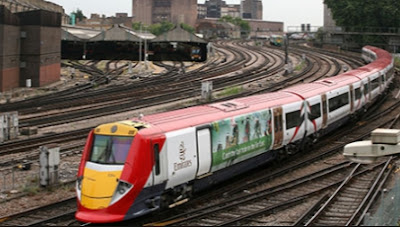 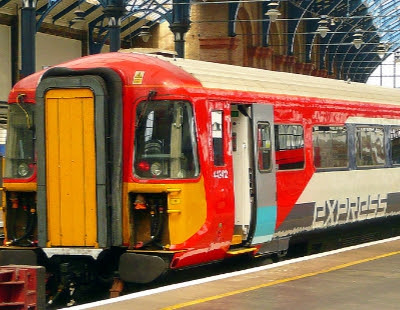 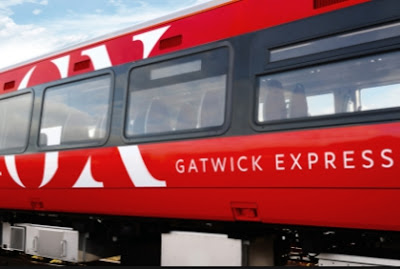 Similar off-peak trimming has taken place on all main routes. Portsmouth and Southampton have had a good prune, especially the local stopping services. 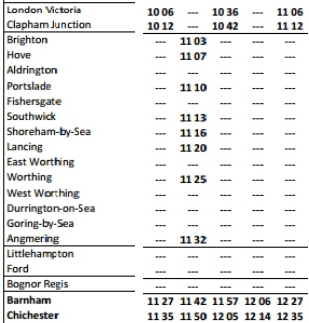 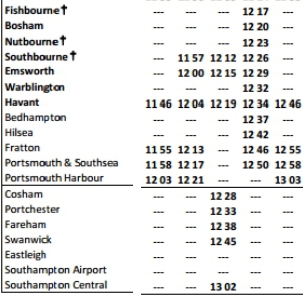 More drastic is the withdrawal of the complete service to Seaford via Newhaven. 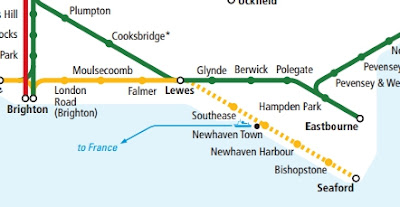 This is now a 15 minute frequency bus service ... 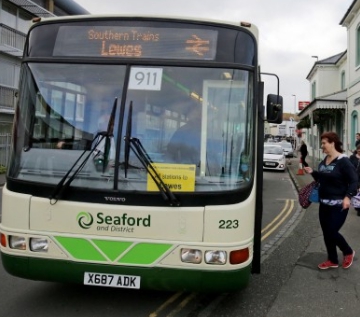 ...  connecting with three trains an hour between Brighton and Lewes. 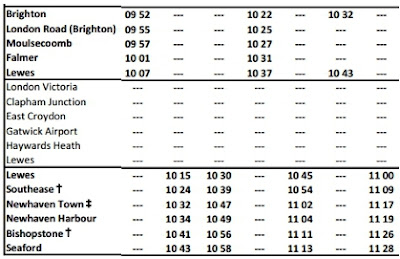 No connections from London are advertised. The "normal" service is half hourley by train through from Brighton.

So a service taking 37 minutes under non emergency operation can take 51 minutes and more. 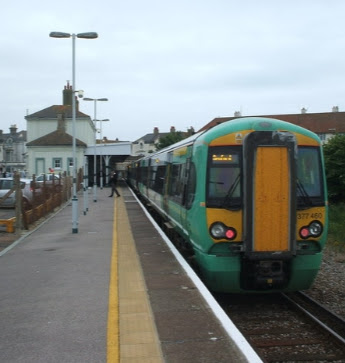 As has already been said, there is no obvious way out of the impasse. Southern are recruiting drivers, but cannot resolve the guards side of the dispute. One of the rail unions has offered to go back to normal working if Southern keep guards on currently guarded trains.

That solution is not going to happen; certainly not if you are Peter Wilkinson.

One banner at Victoria offered an alternative. 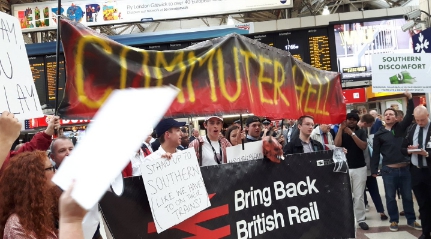 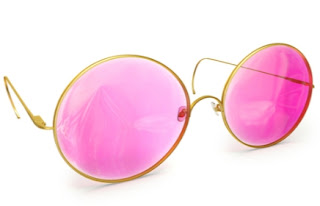 ... other methods of beautifying mis-placed nostalgia would seem to apply.

Southern says that having less trains that run reliably will be better for their customers. After a few days the customers may think otherwise. 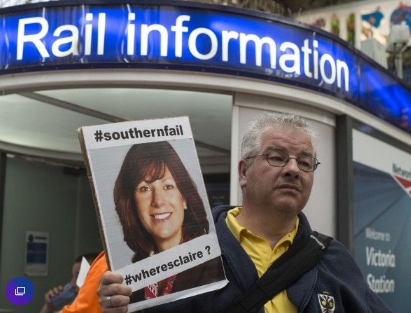 Claire Perry (this week's rail minister) has said very little that is helpful.

Speaking ahead of a planned protest by commuters at Victoria station today following weeks of travel misery, Ms Perry refused to blame Southern for the chaos and poured cold water on any move to strip its operating company of the franchise.

But then she couldn't really blame Southern as they are only doing as Ms Perry and hes acolytes are telling them.

Never mind, eh? Auntie Theresa will soon sort it all out.


Next bus blog : Wednesday 13th July
Posted by fatbusbloke at 02:00