But it Wasn't Unique

fbb is indebted to "Man of Kent", a regular contributor of helpful blog comments, for his correction to fbb's belief that TDL 564K ... 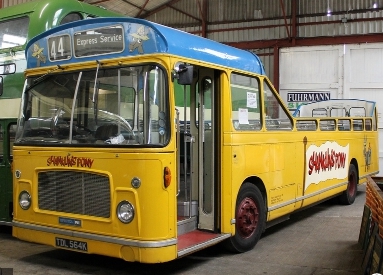 ... was the only such open top vehicle. In 2016 it is the only such vehicle still in revenue-earning service, but United Automobile Service converted one of their REs ... 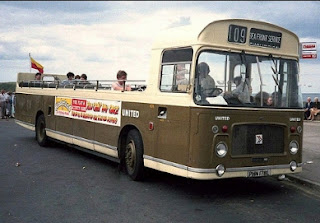 ... on Scarborough Sea Front. It transferred to East Yorkshire with the swap of Scarborough operations where it was used sporadically before it passed into preservation. 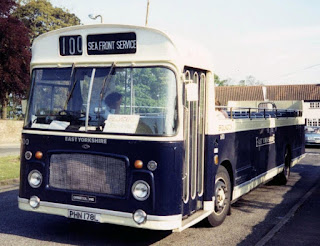 Its latest manifestation is in all-over cream ... 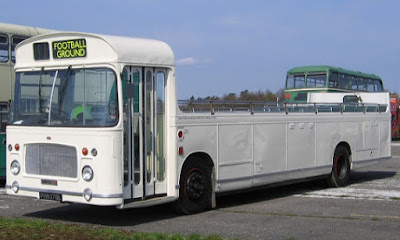 ... in which guise it has visited the Isle of Wight.


But we return to the ebullient Derek Gawn who acquired the "Pony", churlishly renamed it "The Mendip Mule" and repainted it in his own livery. Boo! (only joking, Del-boy!) 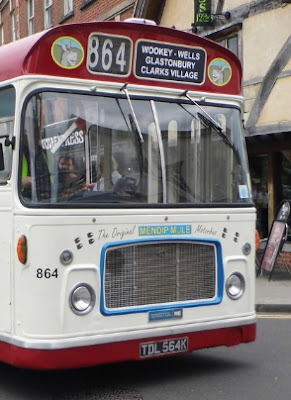 In this cunning disguise the "Pony" (aka "Mule") will be returning to the Isle of Wight on Saturday 9th July. Originally planned as a much longer commemoration of 50 years since the closure of the Isle of Wight train service to Ventnor, the "celebration" has had to be reduced to just one day.

The MENDIP MULE is returning to her old Isle of Wight haunts for just one day this summer, running tours over some of her old routes from both her closed top (1971-86) and open top (1986-99) incarnations. She will cover her own SHANKLINS PONY open top route 44, as well as the famous coastal open top route 47,combined with the Ventnor/Wroxall/Shanklin “Rail Closure Replacement” route 39, that started in April 1966, and that she often worked from new in 1971. SO DON’T MISS THIS EAGERLY AWAITED RETURN TO THE “ISLAND OF HER BIRTH”. SIMPLY PAY WHEN BOARDING.

Before being reborn as the "Pony", bus 864 was a regular performed on Southern Vectis route 39 which replaced trains between Shanklin and Ventor. 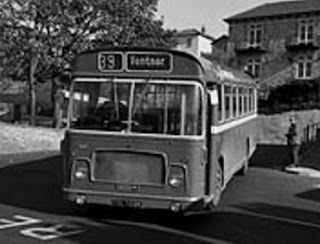 As originally introduced, this service ran every 15 minutes in the Summer to connect with trains from Ryde that were more frequent than today's two trips every hour. But travel patterns changed rapidly and the route was merged with the Ryde to Ventnor route 16 and numbered 36. For a while, Council owned Wight Bus had a go at running a Rail Link service. 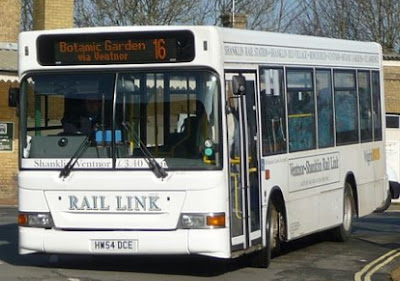 Then the money ran out!

On Saturday, then, TDL 564K will be running a series of trips (flat "tour" fare only: valid for the whole day) commemorating the two distinct roles of this interesting bus. 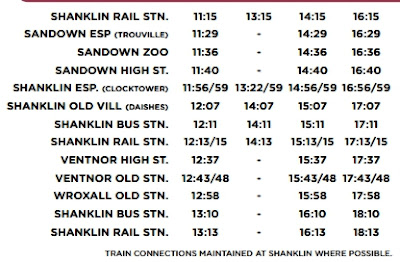 Of course, you can ride the modern equivalent of the old route 44 as the Shanklin Steamer. Here is the route ... 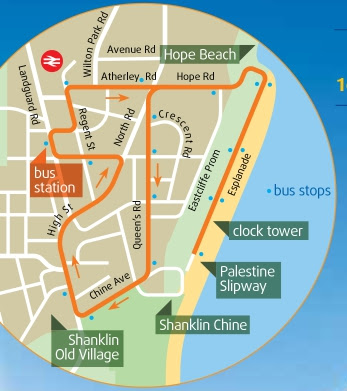 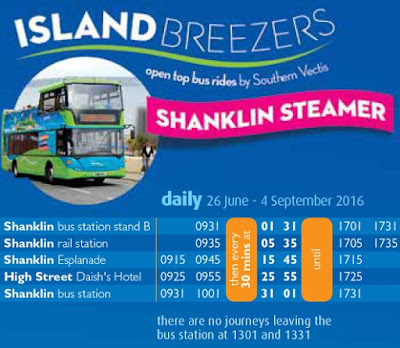 Fares are not cheap and OAP free passes do not apply as it is a "service run mainly for tourists", but we old crocks do get to travel at the "child" price!

A hint for the best OAP value. Walk to the foot of Shanklin Chine (Palestine Slipway) and book to the bus station; you'll "cop" almost all the route for a quid!

A recent announcement:-
It has already been confirmed that BMW is the featured marque for 2016, linking in with the German company’s centenary celebrations. As part of this, the giant sculpture in front of the House will be given over to BMW, to be designed as is customary by Gerry Judah. 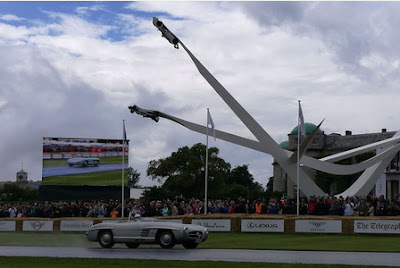 ... with Stirling Moss passing by in a heritage Mercedes. Yes, our senior Island correspondent spent a day at the famous Goodwood Festival of Speed, the outing for devout petrol-heads!

Alan with wife decided to go by train from Portsmouth Harbour which, to their chagrin, would involve travel by the beleaguered Southern of sicky serving disgruntled guards fame.

Not the best start, but bearable. Sadly Alan doesn't quite grasp the 24 hour clock, so for 3 read 15! 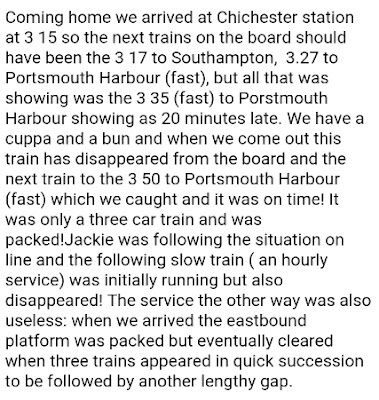 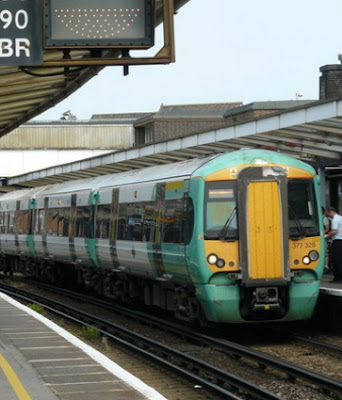 fbb concurs, but with a question. Why, with all this electronic gubbins, is it so difficult to tell people, with words and good advice, what is happening? Surely there must be someone in Southern's management who knows what is going on and can offer the paying customer some comfort in their time of distress?

Of course there is, but they just cannot be bothered.

Tomorrow we begin to unravel events on the northern side of Hadrian's Wall.