The Beauty of Ballast

There's More to It Than You Think. 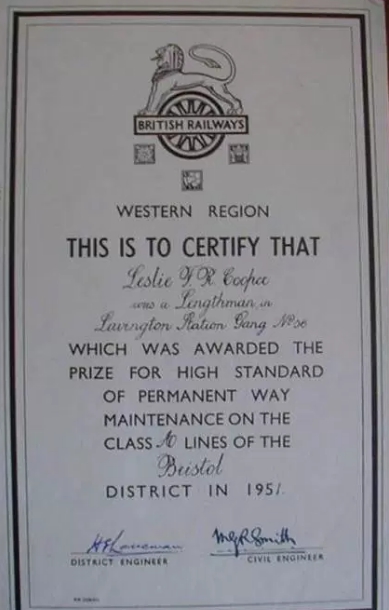 Back in the "good old days" railway track was looked after by a "Lengthman". His duty would be to walk his "length" of trach, usually daily, and handle any routine maintenance. He would call in a bigger team if repairs of a more substantial king were needed.

Nowadays it is all a bit different. 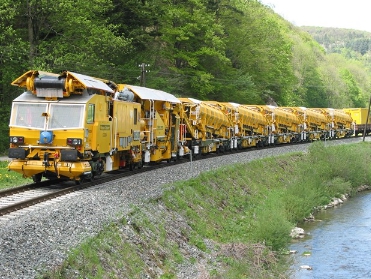 Network Rail is expanding its world-leading track renewal programme by purchasing a new £50m ballast cleaner and welcoming more than 500 employees, previously contractors, into the company. The move represents part of Network Rail’s commitment to minimise passenger disruption, reduce the cost of running the railway by 20 per cent over the next five years, and improve sustainability.


Network Rail maintains over 20,000 miles of track, used by over 4.5 million passengers every single day. The bed of stones the rails and sleepers rest on, known as ballast, support this network, holding the other components securely in place and allowing effective drainage, enabling a safe, smooth and comfortable ride.

Most of us give no thought to this "ballast" 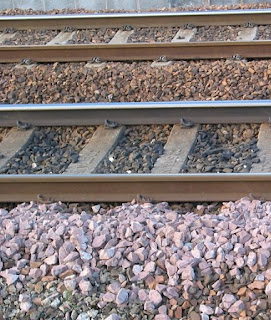 A raft of crushed stone supports the sleepers (ties in the USA) that hold the rails in place. Why stones? The individual chunks lock together to to grip the track; to make sure it doesn't move with the passing of a train, often at high speeds. But it also has a little "give", just enough to prevent the weight of the train breaking the track with repeated vibration.

Because ballast is porous, it allows water (it rains from time to time) to drain away. The raft of stones can by up to half a metre deep. Every so often it needs cleaning and repacking which it where the huge and expensive machine pictured above comes in. The technical term for "packing" the ballast is "tamping".

Surely, you may ask, it would be technically simpler to lay a raft of solid concrete. 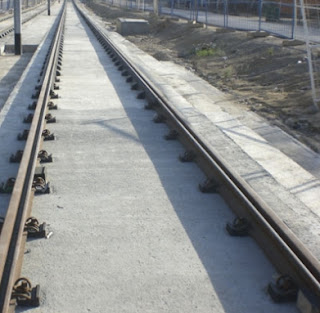 In the days of fbb's youth, British Railways tried a section just north of Derby Station. Southbound trains were slewed across to use the track as a test. Apparently the experiment was successful but the cost was higher than for traditional ballast. 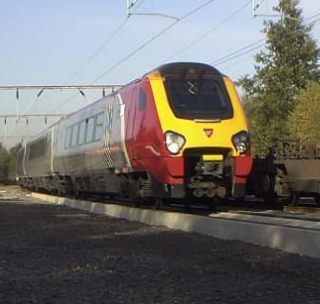 ... with a test track section near Crewe.

Slab track is more common on tramway and light rail systems; it is currently in use on the IK's national rail network, particularly in placed where height is at a premium, under bridges and in tunnels, and there is a need to squeeze in electrical overhead wiring.

The little model railway which amuses the old man in his spare time (?) has its track laid on a sheet of patio grass. 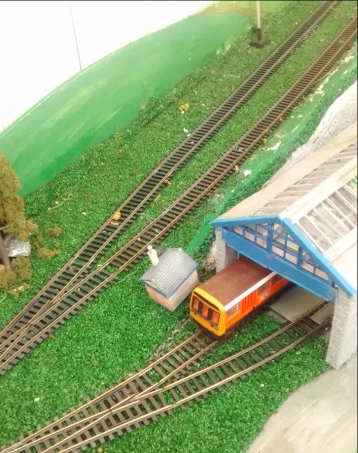 It is a cheap way of "growing" fake grass, it is porous, plastic and impervious to the vicissitudes of the UK weather. But if real train tracks were built on a grass field, they would soon sink, twist and derail the vehicles trundling over them.

But the track really needs ballast.

Back in the early days of model railways, Trix sold a sort of ballasted track ... 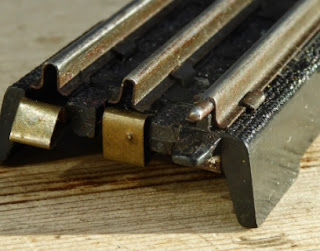 ... but its "shoulder" (the slope at the  edges) was too steep and it was made in black bakelite; crude but robust. Hornby Dublo was a bit better. 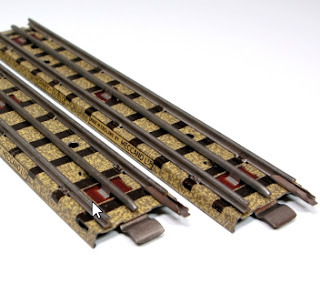 It was metal; the ballast and sleepers were printed on and, of course it was three rail which looked really odd when running steam locomotives. Along came Triang ... 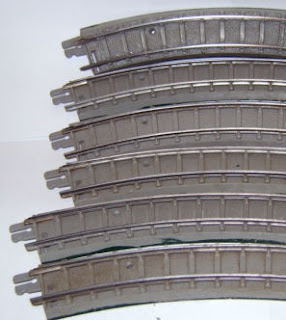 Whilst most manufacturers moved into track with sleepers (black or dark brown plastic or fibre) some companies still mould a more complete track system. This is two-rail track from Kato, a Japanese firm. It is very realistic, more robust that "normal" modern track ... 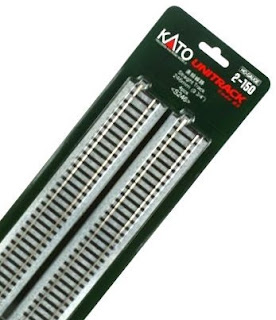 Märklin from Germany offers a similar structure but with "stud contact" instead of an intrusive third rail. 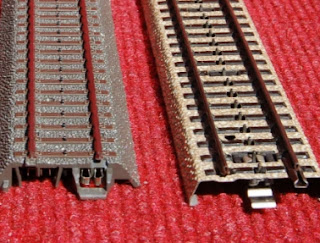 But most modellers prefer to lay their track and add their own ballast; a task which might offer some challenges to fbb as he tackles the ravages of our delightfully unpredictable weather. His sleepers are plastic and his rail is nickel silver so both will survive rain, snow and ice - but how can a weather-impervious but practical (and cheap!) layer of ballast be created.

Of course, one approach would be to simply say "why bother" and this was, indeed the fbb approach until he espied some developments at the little model railway club one recent Wednesday afternoon.

One thing is certain. Model railway ballast is far more complicated than the real stuff!

Next ballast blog : Sunday 24th July
Posted by fatbusbloke at 02:00