Earlier this year First Scotland East Ltd announced it was to close its operations and withdraw services from 14 August 2016. An agreement has been reached which will see East Coast Buses Ltd purchase the company’s Musselburgh and North Berwick properties with all staff having the opportunity to be transferred over to East Coast Buses Ltd under TUPE.

East Coast Buses will be making significant investment to improve services, including refurbishment works to Musselburgh garage, increasing the number of vehicles and deploying a new fleet of vehicles.

This deal will protect key bus services and jobs but the benefits go much further than that. The residents, workers and businesses of East Lothian rely on buses for their daily lives and well-being. We are pleased to be in a position to take on and continue providing these vital services and be part of the local economy. 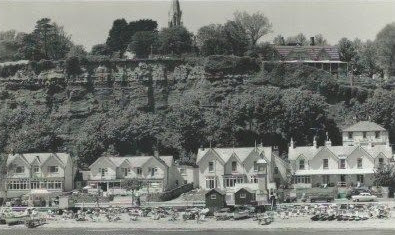 Then, the business-led burghers of Shanklin (Isle of Wight) jumped on the growing tourism band-wagon by building an Esplanade at the foot of fairly forbidding cliffs. Here, hotels, cafes and guesthouses were constructed with their associated bathing machines. 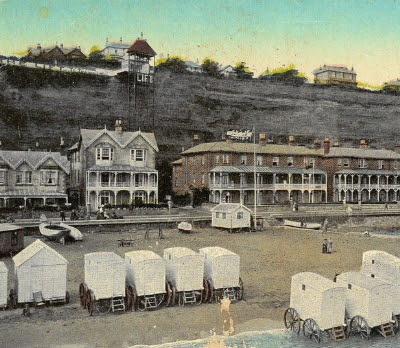 To ease progress down, and more importantly, up the cliffs a splendid lift was constructed ... 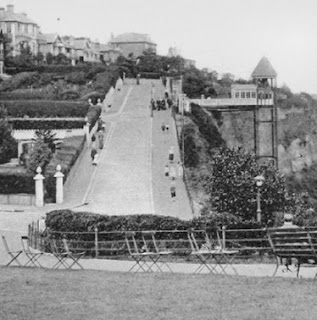 ... with the car descending in a breathtaking open frame. The lift was completely rebuilt in 1957 offering a more solid but less exciting shaft. Post WW2 a service of "motor omnibuses" developed to take holidaymakers down the steep Hope Road. 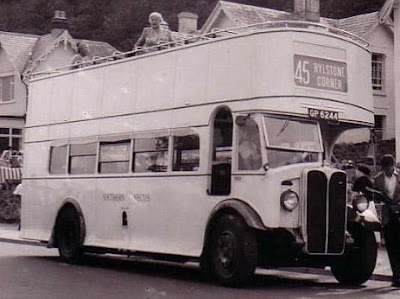 It was a later refurbishment of the lift which led to a frequent service 44 from town to the sea front. It was this spur that prompted the creation of the famous Shanklin's Pony, an open topped Bristol RE and thus a unique vehicle in the UK. 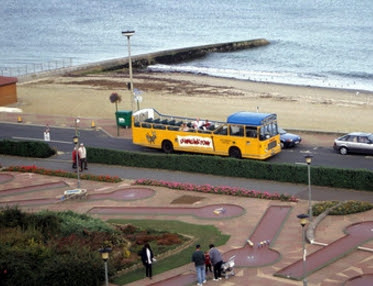 Over years the open top service has had many numbers, many liveries and many manifestations ... 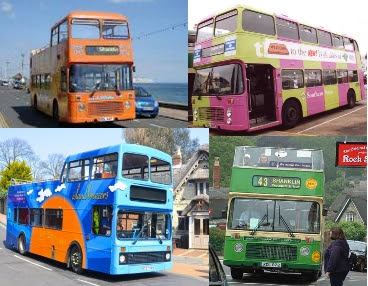 ... including (bottom right, above) operation as a franchise by "The Village Bus Company". Slightly less dignified, but popular nevertheless, was the age of the "Road Train" which provided yet another way of avoiding the mountainous climb back to the town centre. 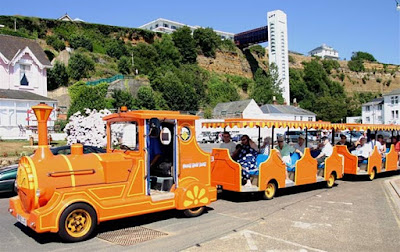 These "vehicles" used to be run by the Isle of Wight Council but they were sold, reputedly for one penny, to Southern Vectis. They were withdrawn only a few years after the sale in the wake of comment from the company about the high cost of replacing or upgrading the little chugga-trains. Most bus watchers thought that the real reason was that they didn't make enough money!

Shanklin Esplanade has often been host to the odd and unusual bus-wise. More recently the Shanklin Steamer appeared being a modern manifestation of the old-style "chara", namely a bus with a sliding roof. 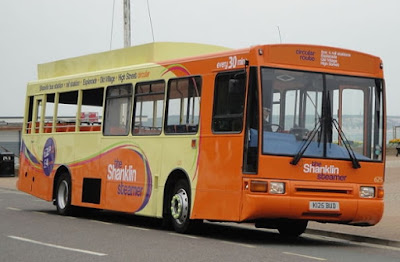 To add to the holiday fun and frolic, the Steamer had no glazing in the back three bodywork bays. Customers could thus enjoy the icy blast of the English Channel side-on as well as from above!

For reasons which are unclear, this oddity did not have the longevity of Shanklin's Pony, and, like the much-lived RE, it too made its way to the Isle of Wight Bus Museum, where, ignominiously, it provides extra seating for the cafe!

But the topless tale of Shanklin Esplanade continues. From the bad news of conflagration ... 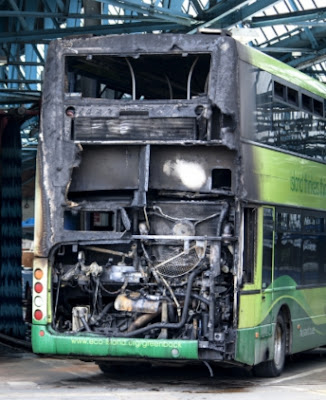 ... the "Phoenix" emerged from the ashes as yet another open top oddity. 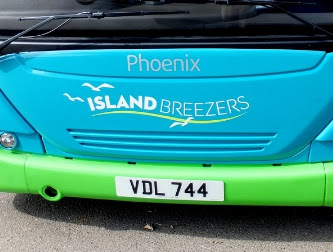 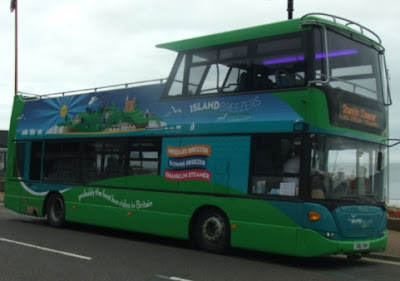 fbb does wonder what his Victorian forebears would have though of all this garish exuberance! 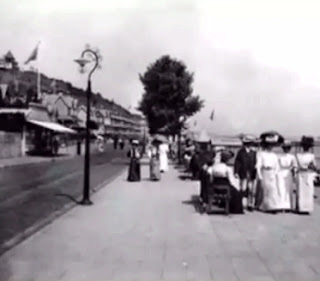 But tomorrow, news of the return of Shanklin's Pony to its old haunts.