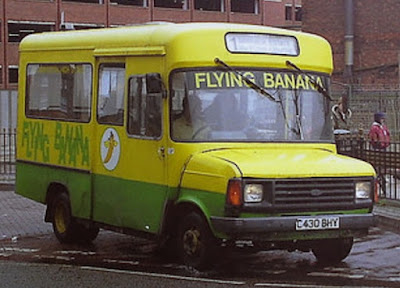 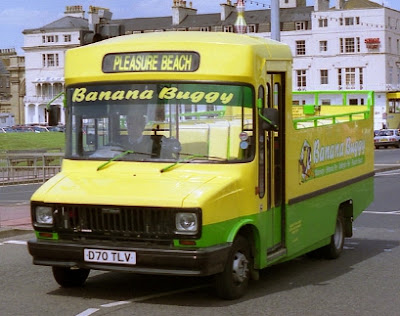 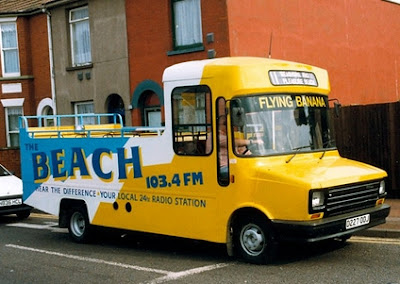 They also had an ex London bus which, obviously, was christened ... 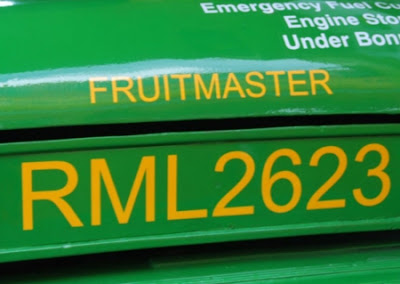 It was later (?) acquired by First, returned to a red paint scheme ... 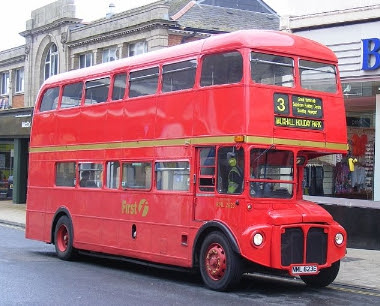 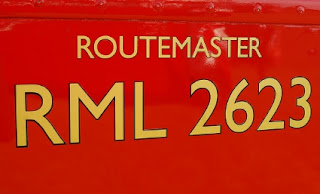 Thus the fruity Flying Banana passed into history, although the name remains as a Transport Consultancy company.

The name appears on-line as given to a motor bike with its own web site. 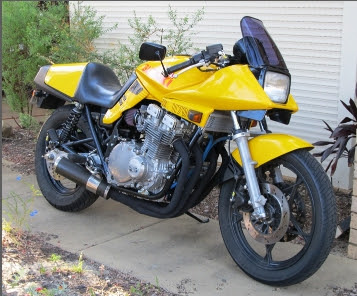 The recent Trainspotting TV programme introduced us to the Notwork Rail Measurement Train, converted from an HST; it too is known as the Flying Banana. 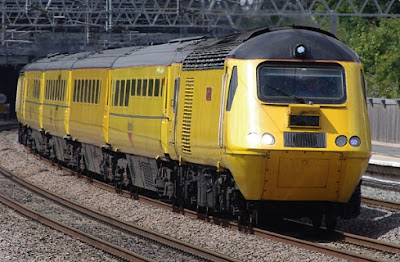 Even more curiously, the nickname was applied to GWR self-powered railcars from the 1930s. In this case it was the shape, not the colour that inspired the appellation. 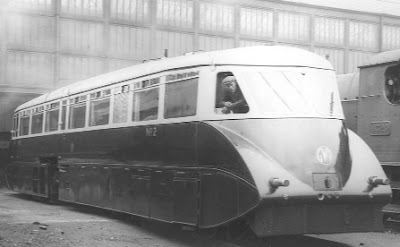 Equally some trainspotter, no doubt pining for the lost days of steam, named the High Speed rains (HST) in their original livery after the aerial yellow fruit. 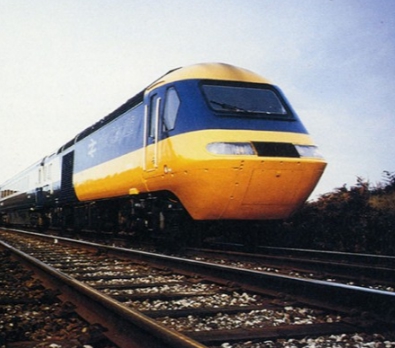 But back to the fruity bus company project.

In the North West, around Wigan, Strawberries appeared .... 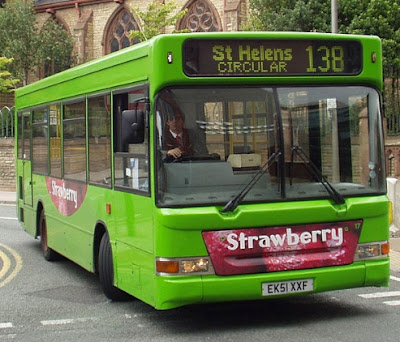 ... operating a range of tendered and commercial services. Part of their web site is stiull archived on-line and the publicity was very attractive indeed.

Probably their most famous PR event was the offer of free travel to redheads! 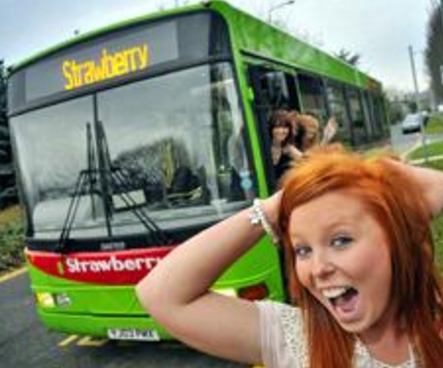 Or so says Wikipedia.

D&G no longer operate in Lancashire; South Lancs Travel was bought by Rotala and is now part of the Diamond Group. 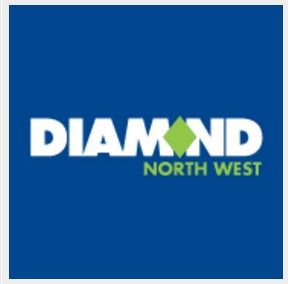 So at last we bring our trip to the fruit shop to an end with:- 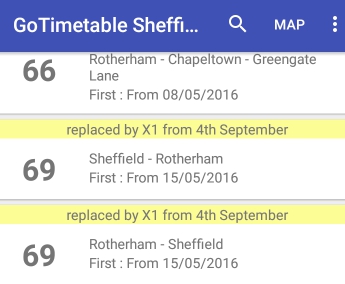