Give Up and Let Someone Else Have a Go

But first, a couple of bits and pieces to complete the demise of First Bus. Here is the list of cancellations:- 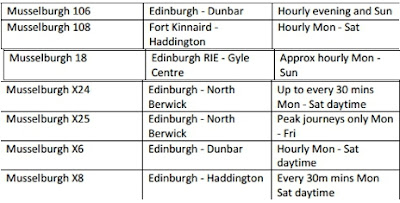 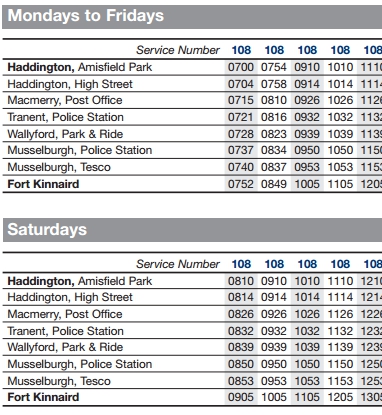 ... a shopping centre, of course; also served by Lothan's route 30 on its way to Musselburgh. 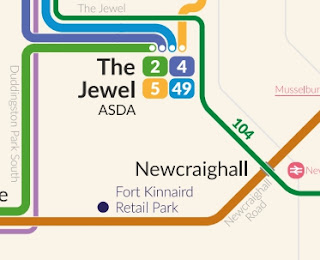 The complex was previously served by First 126 (occasional), 140 (hourly) and 141 (hourly) linking the "fort" to many East Lothian destinations. fbb remembers a brief visit to this shopping centre (by First Bus) many moons ago. But he is feeling better now!

Then there is the slightly mysterious 18, where First runs hourly off-peak and Lothian fills in with peak time trips. This links the southern suburbs of the city with yet another shoppers paradise, The Gyle Centre, 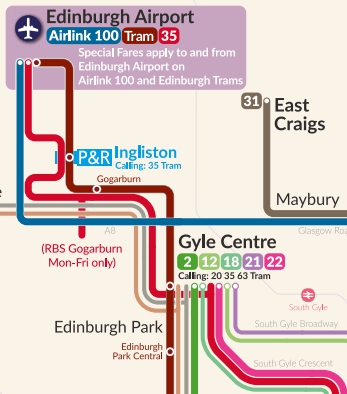 Neither of these two routes feature in the future versions of First's remnants.

In its announcement, First blames competition for its withdrawal. This does not ring entirely true as there is very little competition on the routes between Dunbar or North Berwick and Edinburgh. 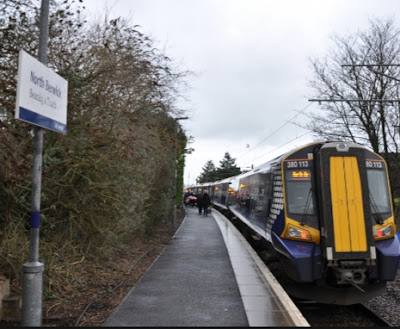 From North Berwick the train service has improved significantly after electrification. The Monday to Friday service runs every hour plus peak time extras ...

Note also that the service to Dunbar ... 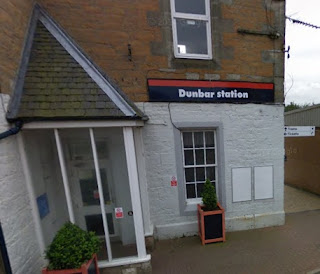 ... non-stop from Edinburgh, has also been much increased since it became a Cross Country stop. 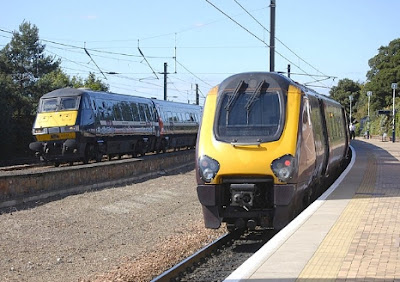 Dunbar is a pretty little station with one platform for trains in both directions, served by a loop off the main lines.


But there is no other bus service from North Berwick to Edinburgh. From Dunbar, the Perrymans service through to Berwick-on-Tweed may have offered an alternative to First ... 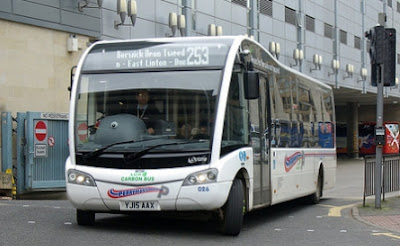 ... but it is only every TWO hours with one or two Monday to Friday extras. 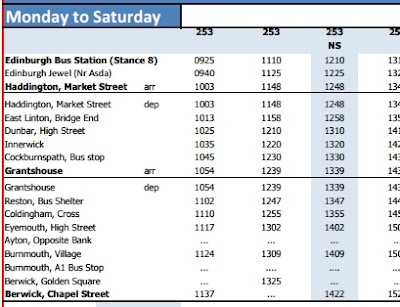 But the Berwick service has been there for a long time and could hardly be defined as "competition" sufficient to "break" First's commercial resolve.


So you do wonder whether the "closure" was part of some cunning plan agreed before the "shock" news was broken.

But all was doom and gloom until 0001 last Saturday when Lothian made its surprise announcement. 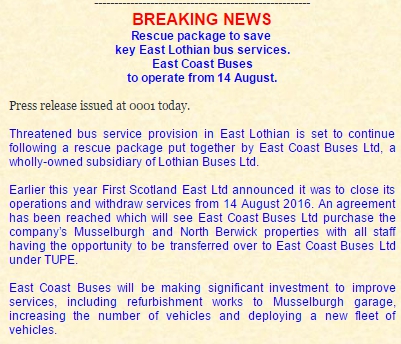 The announcement went on to outline what services Lothian would operate.

We will continue with the following school (HS - High School) services:

The First withdrawal list included lots more Schools services which, we assume, will be taken over by other companies from the start of the Autumn term.

A comprehensive marketing and communications plan will be put in place to prepare the new services for operation, including roadshows within the local communities. This work will be done in close co-operation with East Lothian Council.

A new company (another new company) is to be formed, called East Coast Buses, to operate these routes. fbb wonders what livery will be used this time. Just over a month to wait.

It will be fascinating to follow this development and see whether the Lothian Buses magic works again.

He will oversee the group’s existing taxi operation in Bristol and Bath and other commercial growth and growth by acquisition, including into the bus sector. Mr Stockley joins from The Wellglade Group's T M Travel.

“The CityFox Group has a strong interest in entering the bus market in Bristol and plans to develop both our bus and taxi businesses there and elsewhere,” says Group Managing Director Rhys Hand. “Phil will be involved with taxis, and he will assist the business in acquiring more taxi companies as well as bus operators,” says Mr Hand. 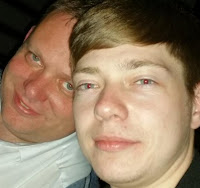