Jack Straw and the RonaldMaster

But Not This One! 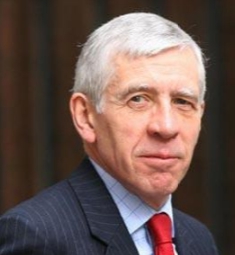 More likely one of these:- 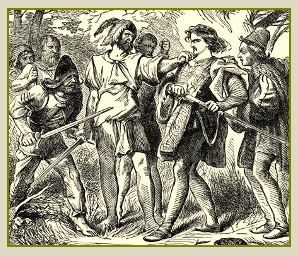 Jack Straw (probably the same person as John Rakestraw or Rackstraw) was one of the three leaders (together with John Ball and Wat Tyler) of the Peasants' Revolt of 1381, a major event in the history of England.

Little is known of the Revolt's leaders. It has been suggested that Jack Straw may have been a preacher. Some have argued that the name was in fact a pseudonym for Wat Tyler or one of the other peasants' leaders; all of them appear to have used pseudonyms, adding to the confusion.

And another reputed appearance of Straw:-

Straw was commemorated in the name of a pub on the edge of Hampstead Heath, London, which closed in 2002. The Jack Straw's Castle, reputed to be the highest pub in London, took its name from a story that Straw addressed groups of rebels on the Heath from a hay wagon which became known as "Jack Straw's Castle".

And this is the pub in question - a magnificent pile of huge historic significance. 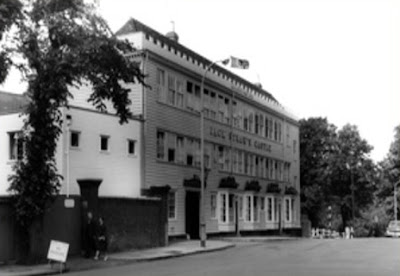 Well, erm, no. It was built in the mid sixties and is now residential flats. The previous Jack Straws Castle ... 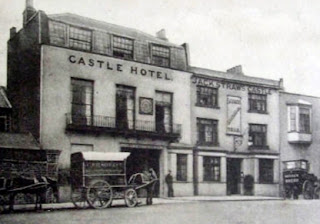 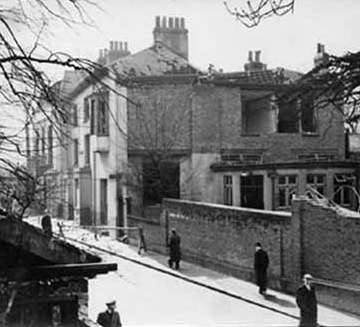 It soldiered on in cut down form ... 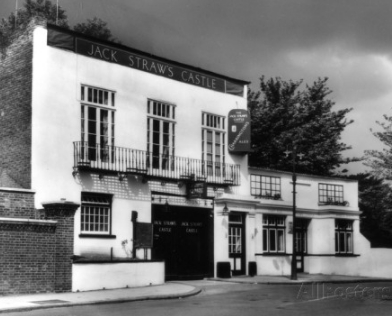 ... until being completely rebuilt.

But for bus enthusiasts, the "Castle" was a key landmark on a key bus route; the 210 from Golders Green to Finsbury Park. For a long time (1952 to 1971) it was home to the delightful RF type bus. 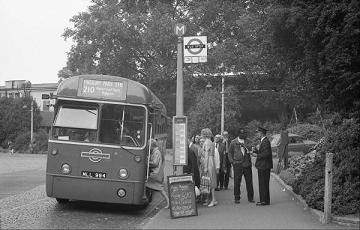 So it was that a few days ago our Northampton correspondent Alan was back in Golders Green to ride of an RF as part of an open day at West Ham bus garage. 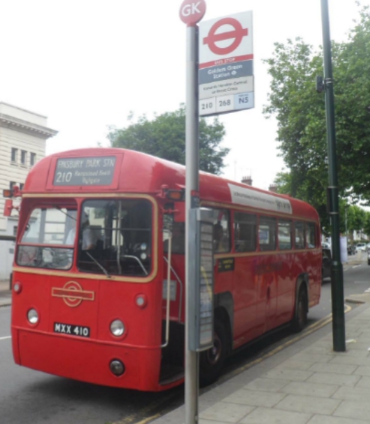 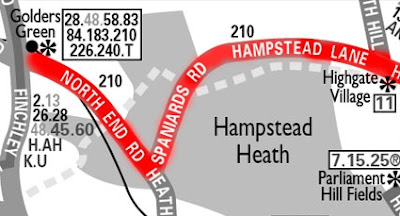 ... turned sharp left at Jack Straws and via Hampstead Heath to Highgate. 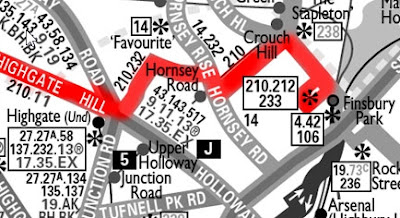 The bus wiggled a bit and ended up at Finsbury Park station. The route has been operated by Thorpes ... 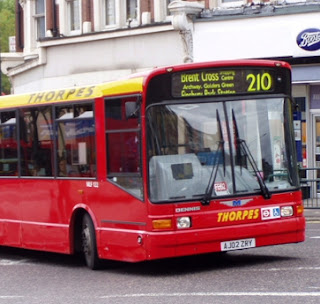 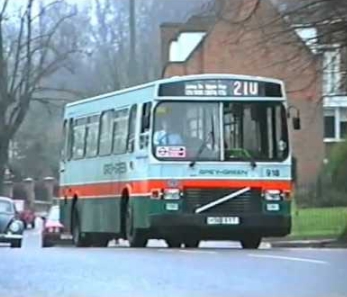 ... and is now (shock horror) operated by Metroline's double deckers. 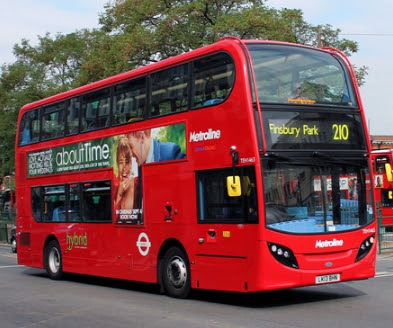 For a brief period in the 1960s, Sunday buses were extended to Leyton. In 2002 the whole route was extended from Golders Green to the Brent Cross after a period of service to the shopping centre during shopping hours.

Full details of this fascinating service can be found on the superb London Bus Routes site (here).

To add to the delights of Alan's day, he was also able to ride on a TD type. 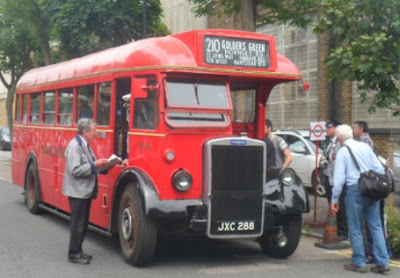 TD95 was delivered to London Transport in May 1949 and initially allocated to Kinston garage. It was one of the 100 all timber framed Mann Egerton bodied TD’s to follow the earlier 32 Weymann examples. Mann Egerton were known for repairing and overhauling existing vehicles under contract rather than building their own products.

TD95 was withdrawn from service from Edgware garage in October 1962 and stored pending sale. Disposal was to a group of students at the end of 1963 and the vehicle was fitted out with a tent rack with a view to long distance European travel. In the summer of 1964, the vehicle visited Rumania, Hungary and cities such as Copenhagen, Stockholm, Hamburg, Helsinki, Leningrad, Moscow, Warsaw and Berlin. In 1965, the vehicle made a journey to France and Spain and performed faultlessly. The following year, France, Belgium, Germany and cities Prague, Offenbach, Budapest and Belgrade were visited. The vehicle was then sold into preservation in May 1967 and arrived at Cobham in 1978.

The vehicle has been fully restored by the Museums volunteers, who carried out a large amount of re-framing, and mechanical work, with restoration being finished in the late 1990s. The vehicle is kept road worthy, and is a regular rally attender.

And whom said buses weren't interesting?

And talking of interesting buses our well-travelled correspondent was in the West Midlands recently and took a ride on this beauty. 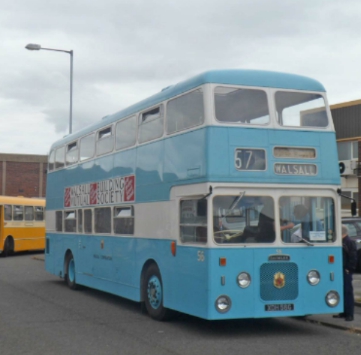 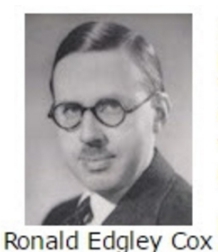 In 1952 Mr Cox was appointed General Manager and began period of growth and experimentation. The unique 36 foot long double-decker, 56, which had two staircases, an entrance at the front and exit at the rear and the first CCTV system installed on a bus, had all the facilties of today's London "Borismaster" but over 40 years earlier. 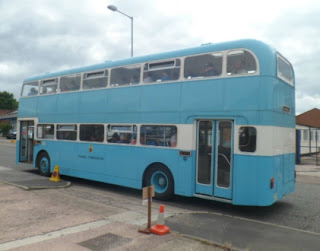 Such a pity that Ronald didn't try three doors! 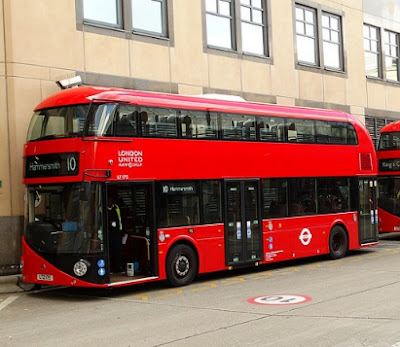 Next bus blog : Wednesday 13th July
Posted by fatbusbloke at 02:00