fbb has visited Stansted Airport as a bleary-eyed passenger. The trip was from Isle of Wight to Zielona Gora in Poland for a nephew's wedding. The flight was by Ryan Air and left too early in the morning so an overnight non-sleep in the terminal was the best worst option. Likwise the return was too late! The return leg to London was in a National Express taxi (45 seater coach!) on which the fbb's were the only passengers. Sensibly, the driver ignored his scheduled stop at Stratford!

Yet again, fbb avers that he is no expert in bus and coach travel to busy airports. So here is the chubby one's weak-ish attempt to pull together some detail; this time on pay-the-driver "ordinary" bus services.


First bus is operating services X22 from Clacton and Colchester to the airport and service X30 from Sarfend via Chelmsford. But all is not well with bus travel to Stansted.


A BUS service taking holidaymakers and airport workers from Clacton and Colchester to Stansted Airport is to be scrapped next year. The X22 bus, which picks up in Clacton, Essex University in Wivenhoe, Colchester town centre and Braintree, will stop operating on January 8. Bus operator First said the service is “not commercially viable”, but passengers and transport groups have criticised the decision. 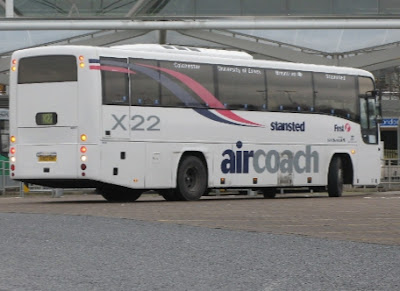 The nearest alternative bus to the airport is the X5 from Ipswich, which calls at the Ardleigh Ramada Hotel and Marks Tey station only. 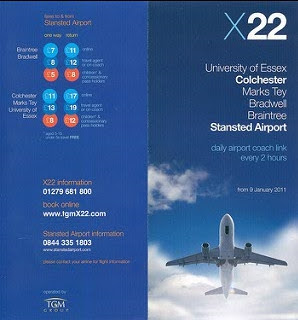 The link from Clacton is lost. Posh-ish coaches were used, 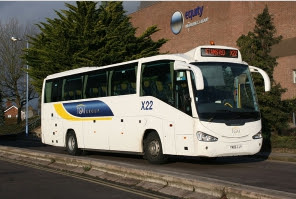 But in that form, at least, it was not to last.


Bus services connecting Stansted Airport to Colchester, Braintree, and Bishop’s Stortford will be “further boosted” on July 3 2011, according to the Essex hub’s website. The affected routes are operated by transport company Tellings Golden Miller. TGM plans to abandon the existing X22 service to Colchester and Braintree in favour of a new bus route, the 133. 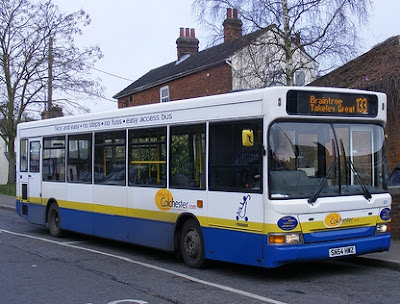 
The 133 still exists but now rebranded by Arriva as part of the "sxconnect" network. ("sxconnect" = Essex Connect - chortle chortle!) 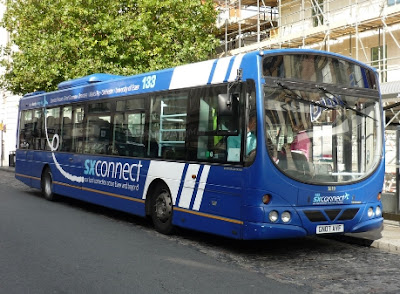 TGM sold out to Arriva in 2007. It would appear that the TGM identity is being (has been?) phased out in favour of Arriva.

Arriva's web site is poor. Full timetables are often not available and, instead of their excellent leaflet maps, we often have Google map overlays.

But the 133 service was even less helpful.

So it's off to Traveline for their version (click on the table to enlarge).

A NEW airport link is taking off for Stansted Airport from Basildon. Local passengers and staff will be able to go up, up and away with First Essex buses, from next week. The company will operate an aircoach service – X40 - every two hours, from the town via Wickford and Chelmsford. 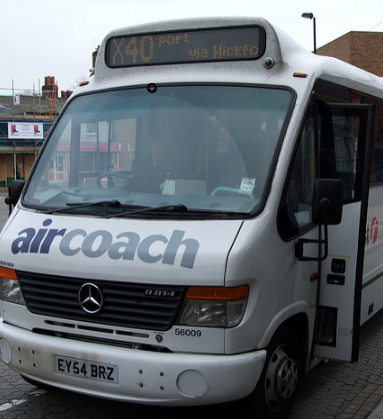 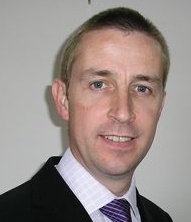 ... managing director for First East England, said: "We are constantly improving services, so I am pleased to offer Basildon a fast, frequent and direct connection to Stansted airport. It really is a customers’ market for holidays right now – airlines are falling over themselves to attract trade, and we hope the new service will also bring a much-needed connection for shift workers at the airport."


It seems a shame First have ditched the X40 route without really considering a few imaginative marketing options. The X40 Basildon to Stansted service wasn’t launched with any great fervour and has gone out with a whimper.

The X40 bus pictured above moved to Glasgow and then Aberdeen.

The above is an extract from the xephos data, probably input about ten years ago. But First is having anouther go.

But before we look at the X30 and the NEW First Bus X route which started last Monday, it is interesting / amusing / frustrating (delete where inapplicable) to find a Stantsed Airport web site sitting gloriously on-line and dated 2014/2015. 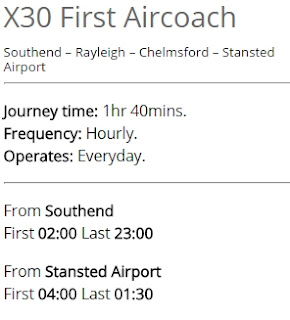 ... which is a bit of a stretch of the imagination - local slightly express fancy bus route might be better. Other (National) "Express Coaches" listed are ...

But it is the Airports assessment of local routes that provides the biggest laugh and or cry. We will look further in due course, but for the time being fbb would not advise the eager passenger, weary from his holiday or flight, to wait for a Uno 700 as illustrated on this site. 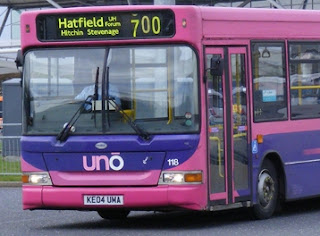 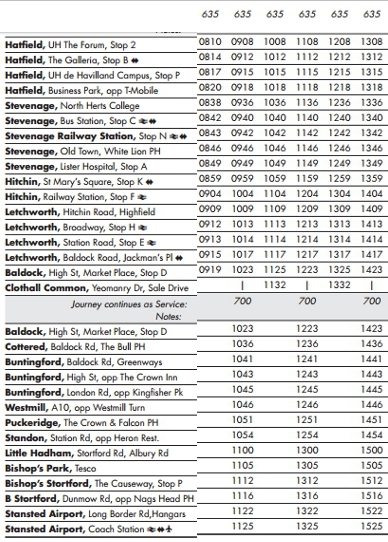 Lets hope they are more up to date with their planes!

Next Stansted blog : Wednesday 27th July
Posted by fatbusbloke at 02:00