The First Shall be Last

It is likely that the seeds of First Bus' decline in East Lothian were sown in the late 50s and early 60s. Bus passenger numbers were dwindling with the supremacy of the big nationalised companies being upheld by subsidy and the "regulated" regime of the Traffic Commissioners system. Any new entrant had to convince "the system" that there was a "need" for any new service.

So there weren't any.

Eastern Scottish had near absolute domination of outer suburban Edinburgh, rural East Scotland and the whole of the Lothians.

There were express services to the big smoke ... 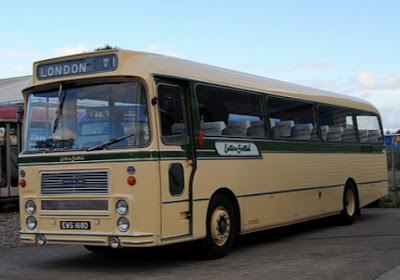 ... and even suburban routes in Glasgow. 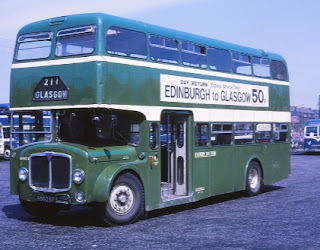 Eastern Scottish was a big company covering a huge area. 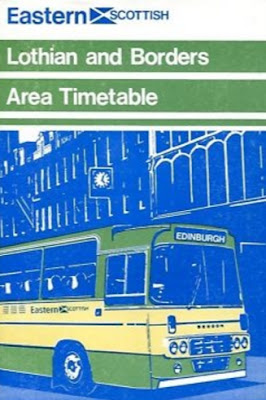 When fbb went a-courting his future Mrs in 1972, the Eastern Scottish buses that appeared in Glasgow all looked tired and un-cared for; many were second-hand and looked it. Clearly the company was struggling.

In simple terms, the rejigging of the Scottish Bus Group structure created smaller companies "ripe for privatisation" (maybe a better phrase would be "mouldy for privatisation"!!) and First ended up with Lothian and the Borders.

fbb is no expert (Wha-a-a-at? An admission of non arrogance?) but it seemed to happen like this.

Edinburgh/Lothian, freed from its traditional constraints, began intruding on First's world. Improved services to Dalkeith and beyond ... 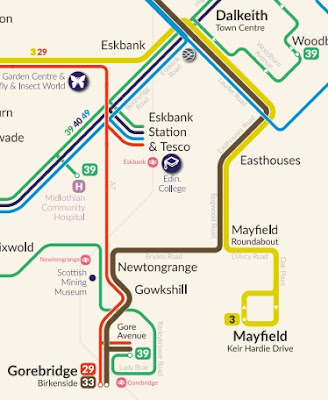 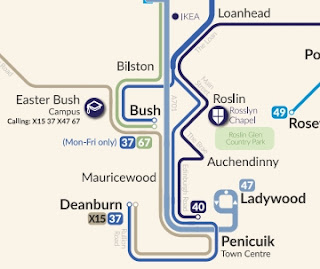 First made a half-hearted attempt to compete within the city of Edinburgh, but eventually lay down and died with barely a whimper. The Dalkieth and Penicuik corridors became (and still are) all Lothian. 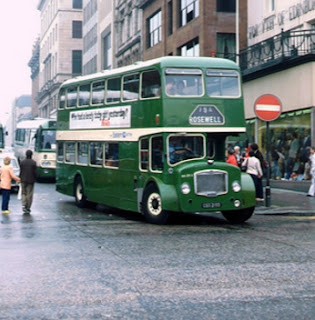 Then, under the more thoughful Fearnley regime, First handed over their route 43 from Edinburgh to (South) Queensferry ... 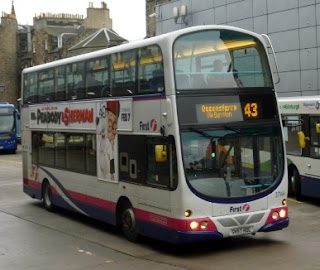 ... to Stagecoach who had a branded-vehicle launch ... 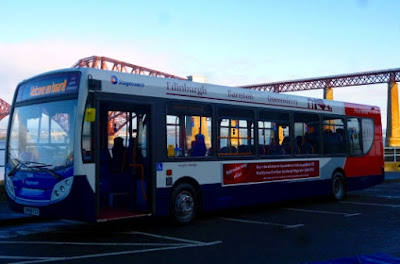 ... complete with the obligatory piper with the Forth Bridge as a backdrop.

Instead of First's 20 minute frequency ... 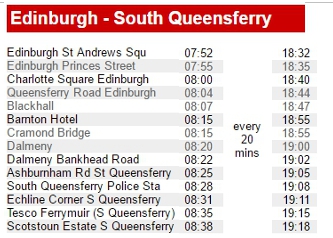 ... Stagecoach began with a doubling to every 10. 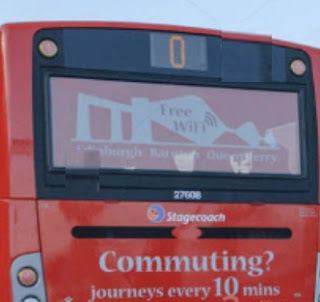 This proved a bit much and today's frequency is now every 15 minutes. 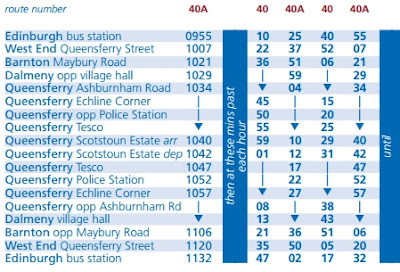 Incidentally, in case you are thinking of taking a service 40 to see the Bridge itself, the bus doesn't actually run alongside the River Forth. 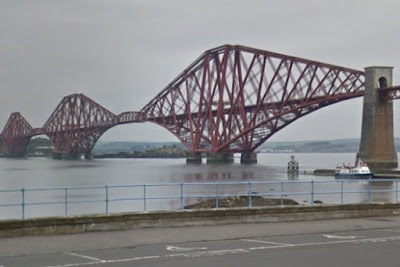 By far the best way to enjoy this magnificent structure is on an Edinburgh Tour Bus from Waverley Bridge. 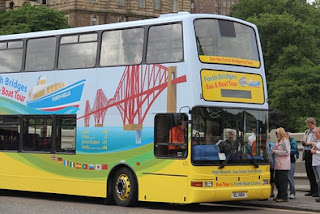 The tour takes you to the waterfront at Queensferry and you get a "wee sail" on the Forth Belle, under the bridge and to the Island of Inchcolm. 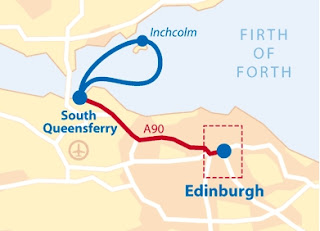 But tomorrow we move to East Lothian proper.