Where the Heyl is Helford? [1]

In case some of our readers think they are
joining fbb in his declining brain
elderliness, this blog did appear briefly
& erroneously in July. It is déjà vu! 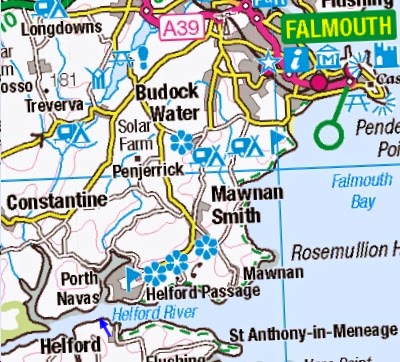 Cleverly, Helford in on the Helford River (originality in naming skills is not a feature of this particular area!) and Cornish heyl means estuary. So Helford is at the Helford heyl ford.

Opposide Helford on the north bank of the river is Helford Passage, Treth Heyle in Cornish. So Helford Passage is where you went to pass over the Helford heyl ford to get to Helford.

Perhaps a tentative look at the history of bus services to this area will help? No, it won't help at all; but it might explain some of the on-going confusion. There again it might not! Back to fbb's 1973 Western National timetable book for Cornwall. 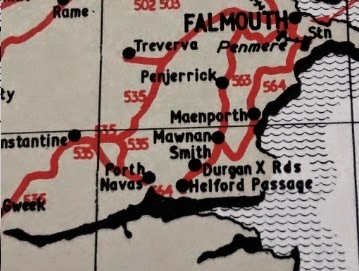 535 runs infrequently via Constantine to Helston and, less frequently on to Penzance. 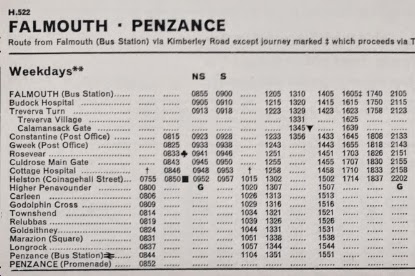 563 runs to Durgan Crossroads as an extension of a Falmouth "local" route via Budock Water. 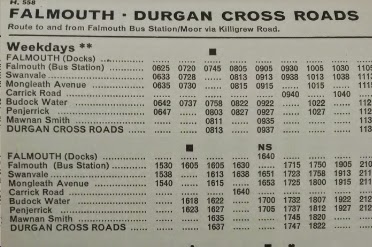 564 runs locally in Falmouth to Golden Bank; the asterisked journeys are Summer only and extend to Helford Passage (Trebah) trundling a little further than Durgan Crossroads.

566 (not shown on the map) is another local Falmouth route via Acacia Road to Budock Hospital.

Budock Hospital was closed down after the obligatory crisis over the care of mentally ill patients ... 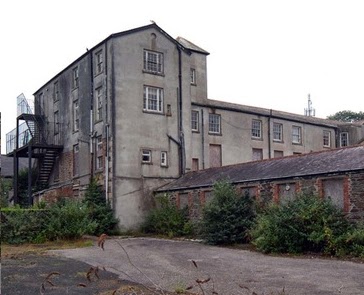 Now, loyal readers, all you have to do is to throw all that information into the air, beat it with a baseball bat, reduce it to the bare minimum and you have, more or less, the service pattern used by fbb to get from Falmouth to Helston. 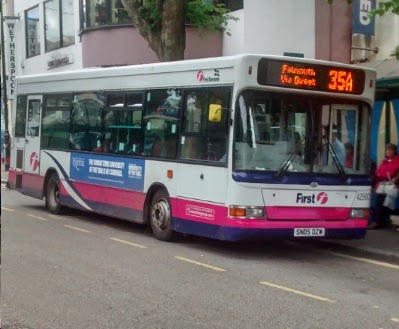 The 535 of 1976 is pretty much the same as today's 35A, but without the diversion to Porth Navas, a tiny settlement on a creek of the Helford River no longer served by bus. 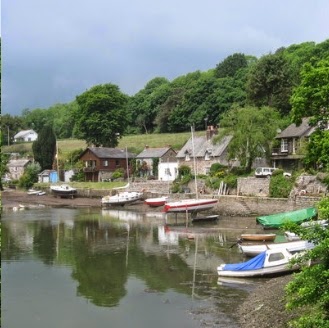 The 563 of 1976 is like todays 35 as far as "Helford Passage" with the former 564 having no modern equivalent in that Maenporth is no longer served by bus. A blog correspondent was actually there a couple of weeks ago and found a nice shiny bus stop standing proudly at the Maenporth terminus. 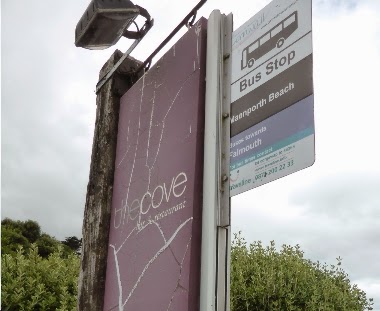 Shiny enough to make our correspondent wonder whether there were, after all, buses from this stop. In the frame on the pole below is the answer. 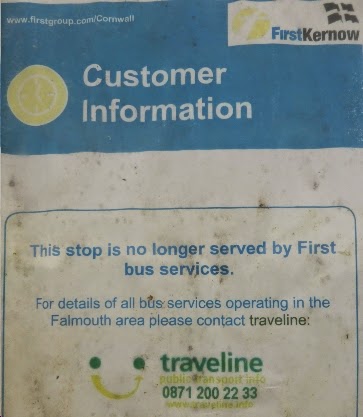 Or is it? Is there a non-First route? Cornwall county thinks there is ... 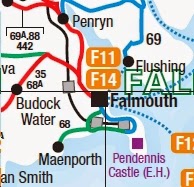 ... but Traveline thinks there isn't. 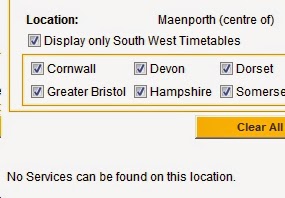 Traveline is right. The "First" notice is confusingly ambiguous.

Falmouth local 68 nearly gets there every two hours ... 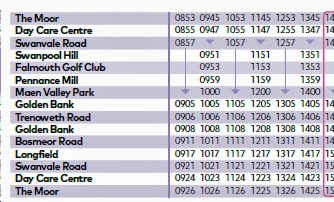 ... but turns on its tail at Pennance Mill. 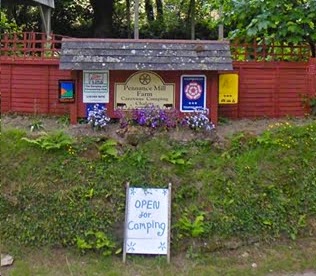 The timetable implies that it calls at Maen Valley Park (yet another caravan site) on the way back only ... 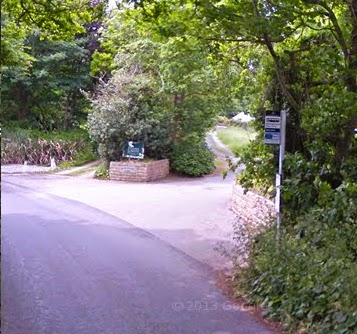 ... but that is yet another First Kernow lie and delusion; there are "official" stops on both sides of the road.

The 566 of old is included because it serves the Acacia Road area in Falmouth. 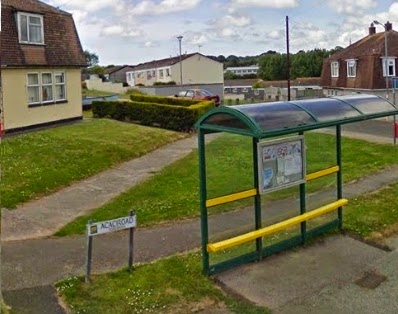 Put all this together and you might see why fbb found the 1750 departure from Falmouth worthy of his interest. It, like the first 35 of the day, is a normal 35 to "Helford Passage" where it turns right round, returns to Mawnan Smith, then nips off to be the equivalent of a a 35A to Helston. 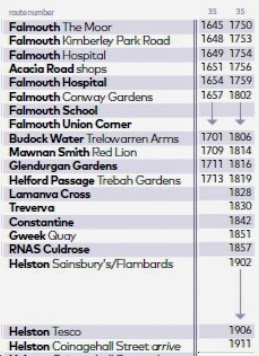 It is a fascinating route, slow, wiggly and, on Friday 27th June, completely devoid of passengers once Falmouth was left behind. 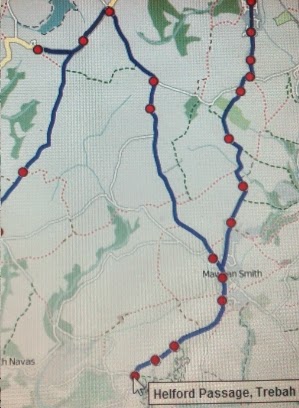 O.K., fbb was a passenger, as was the girlfriend/partner/spouse/moll of the driver, but neither was what you might call a genuine local customer. Falmouth is off the map top right. and Helston  is reached, eventually, off left centre.

So why the fuss about Helford Passage?