Perhaps it's because Dr Who returns ...

... but something weird happened on his recent trip to Leicester.

fbb is old enough to remember the cold war. Checkpoint Charlie in Berlin ... 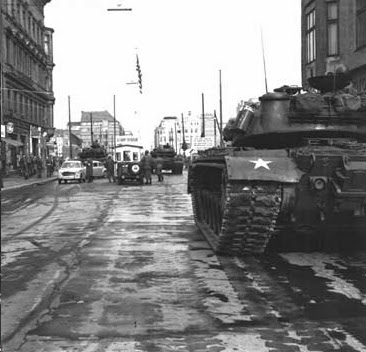 ... at the frontier between the American and Russian sectors of this sadly divided city. There was a universal greyness about communist controlled eastern Europe, even when photographed in colour!. 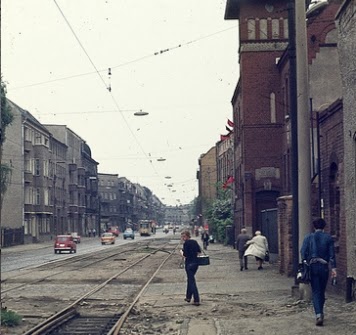 For the ordinary man (and woman) in the street there was an aura of depression and sadness. 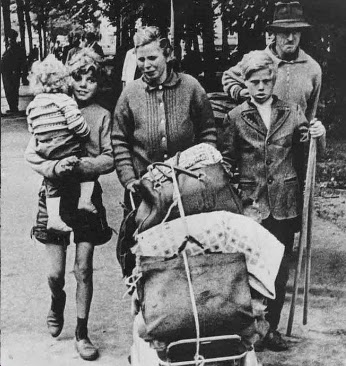 So it was at the settlement of Markenfeldt, just outside Leicester.

The signs were encouraging ... 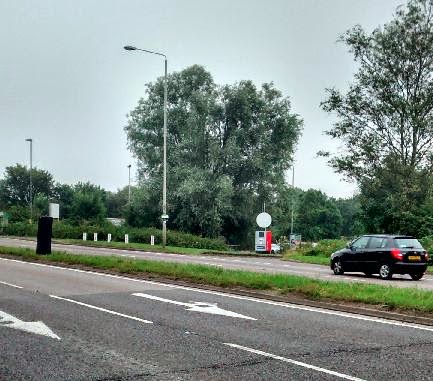 ... with those little white posts claiming, as far as fbb could tell, that the cafe was open. Likewise the direction signs included the bed (fbb's overnighter) and ... 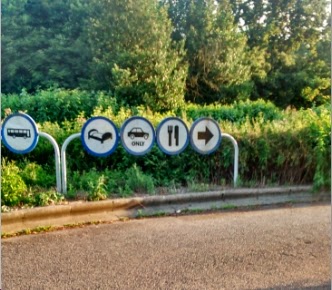 ... the knife and fork. But when fbb explored the car park, this greeted the old boy's disappointed eye. Markenfeldt "services" were well and truly closed, and apparently had been since the abortive revolution. 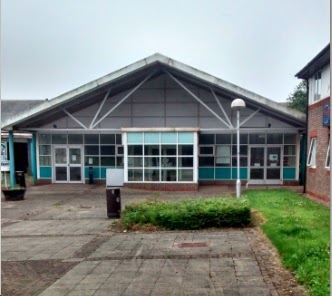 Peering through the glass, fbb could see chairs placed up on tables against the reflection of the "hotel". 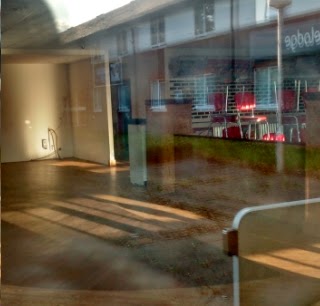 It was that "cold-war" look all over again. The notice on the window said it all. 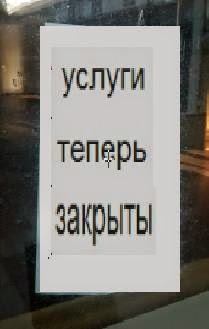 "Services Now Closed". The staff at the "hotel" did their best to compensate. fbb was offered a "breakfast box". But, by morning, the aura of decay was affecting fbb's "sang froid" and he declined the charity ration box on offer. 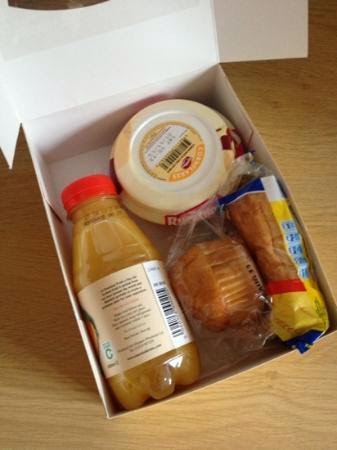 Crossing the busy road to get to his bus stop was a huge challenge ... 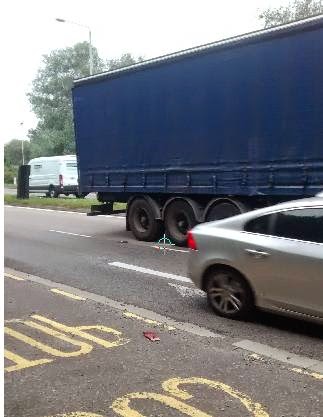 ... and the bus shelter was, no beating about the bush, filthy and uncared for. 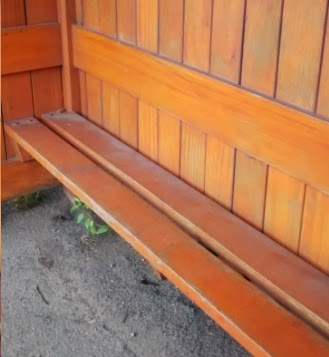 It was thick with dust. It had once been looked after, according to the sign affixed to the post ... 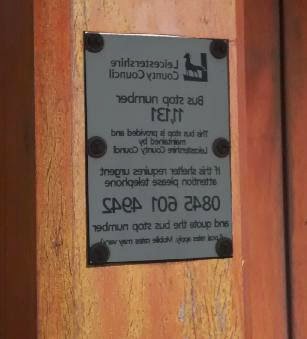 ... although fbb was unable to translate all of the script in a language preferred by the pre-revolutionary authorities. fbb was truly glad when his bus arrived and he could leave this unreported cold war enclave and return to Leicester.

How strange. Was it all a dream? Was the social deprivation of Markenfeldt just a horrible Travelodge inspired nightmare? We may never know. Fortunately your bulky bewildered blogger began to regain his composure as he snapped yet another poor quality bus stop flag on his way into the city. 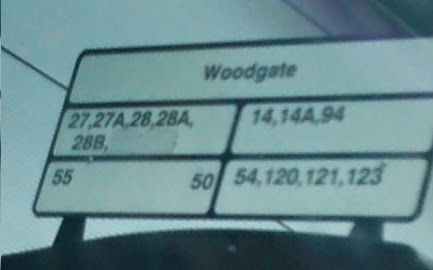 The top left box is for Arriva routes, although you are not allowed to know that.

The 50 and the 55 (bottom left) do not exist. There is a 54 (bottom right), but it doesn't serve the Woodgate stop. Roberts Coaches run five journeys a day on the 120 via Newtown Linford to Coalville ... 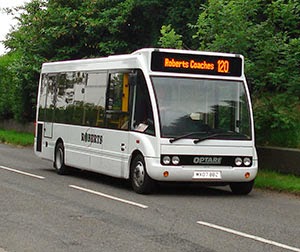 ... and Kinchbus runs an hourly 123 but on Saturdays only. 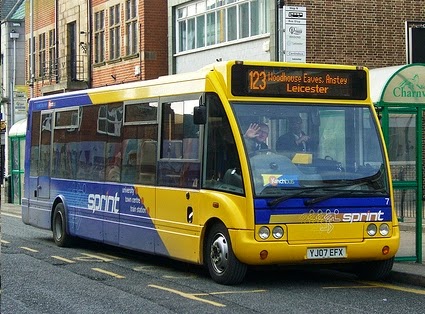 It's not as if this is new news. fbb reported on this stop in 2011!!!! Nothing has changed since them.

So whilst Doug Rose of FWT may have done a superb job in the centre, (see "Sapphire Simply Saddens [3]" - read again) nobody bothers elsewhere; and Woodgate (top left, below) is hardly out in the sticks. 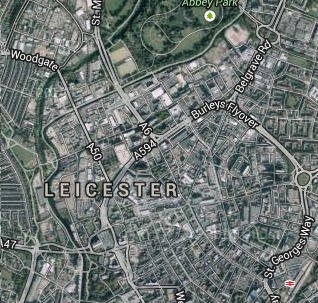 After some 12 hours of cold war style existence** it was good to return to the comfort and reality of St Margarets bus station, complete will totally non-working electronic displays. 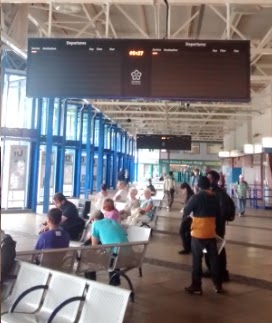 However, sanity did return at last when an unbreakfasted fbb sampled the delights of the bus station caff ... 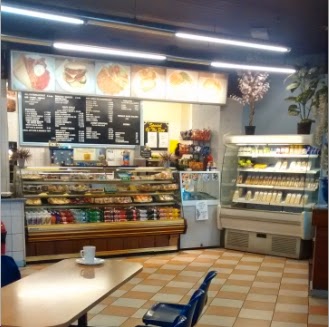 ... where a healthy high protein, high carb (in fact high everything) meal was consumed with gusto. 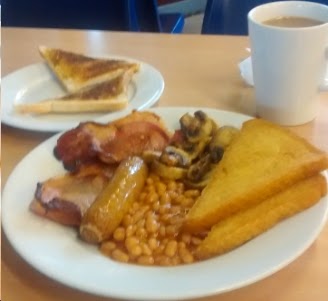 Delicious! There is still hope for humanity after all.

** Markenfeldt (or Markfield Services as it is better known; junction of M1 and A50) Travelodge was comfortable, the staff were friendly and helpful. The web site did explain that the only source of food was at a small shop within the filling station. What the site did not admit (perhaps understandably) was the depressing state of the area round the hotel.

These things stick in the memory! (Especially if your confuser "does" Cyrillic text!)

Well, the promotion has been running for one whole year. So First Aberdeen is having a party with free travel for kids this weekend. Fun things as well are part of the party time. Why can't adults get similar treatment? Balloon sculpture ... 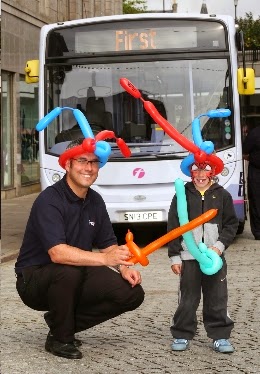 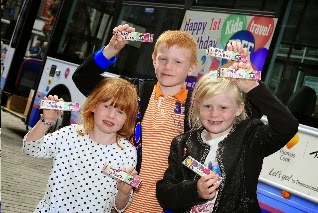 ... and the obligatory face painting. 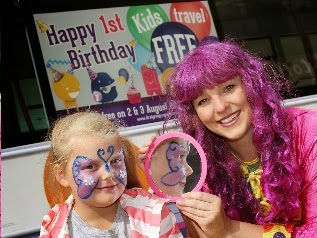 Much more fun that free travel! Bus companies weren't like this when fbb was a lad. 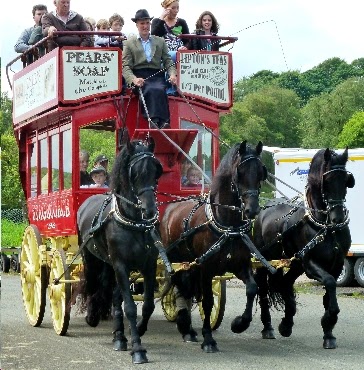