More Apples : the Crunch of Competition 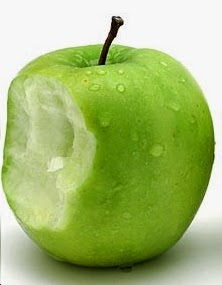 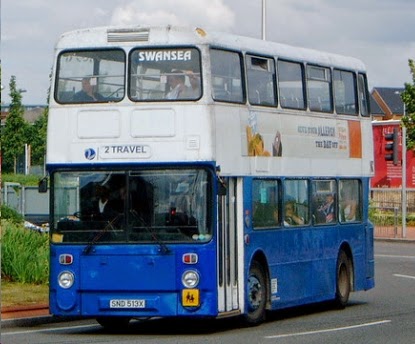 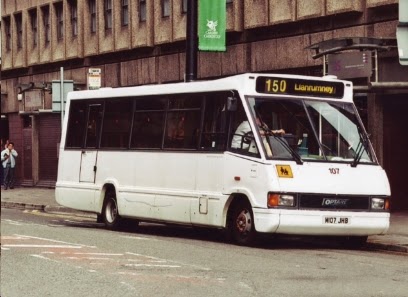 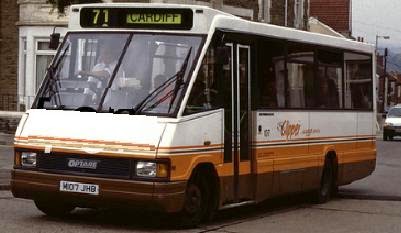 Cardiff Bus has appointed a temporary new head to replace its former managing director who stepped down last week following a damning report on the firm's tactics. 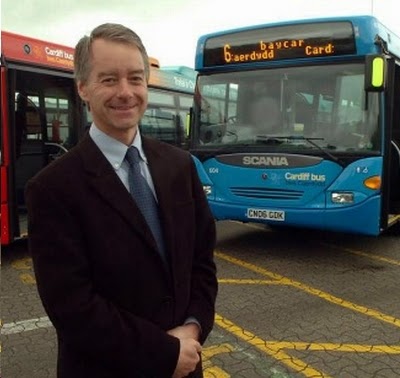 David Brown quit after a tribunal found Cardiff Bus chose to "disregard the law" in its response to a rival firm. The Competition Appeals Tribunal ordered it to pay £93,000 to the directors of now-defunct 2Travel. 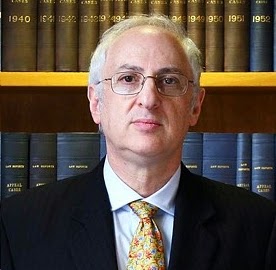 The tribunal, headed by former MP and ex-Welsh Lib Dem leader Lord Carlile of Berriew, found Cardiff Bus "abused its dominant position" when it set up a no-frills alternative to 2Travel. It rejected much of Mr Brown's evidence about the introduction of the firm's White Service as "untrue".

It found the firm put up "a deliberate smoke-screen" about why it had brought in the new service in 2004.

The report said: "They were, not to put too fine a point on it, lies. From this conclusion follows the clear inference that Cardiff Bus knew that it was doing something illegal." 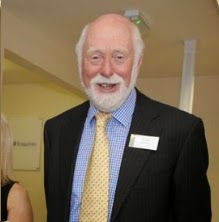 The tribunal found Mr Brown and the former MD, Alan Kreppel, were in on the scheme "from the beginning". The directors of 2Travel had asked for £20m compensation but the tribunal rejected its claim for a "loss of a commercial opportunity"..

The judgment was politically astute. The damages were, frankly, insignificant for a large and apparently successful company. The lambasting of David Brown, creating a fall-guy, was a warning to others to play by the rules. But the rules are strange. It is all right for 2 Travel to compete against Cardiff Bus, creaming off daytime revenue and possibly undermining their profitability to the ultimate detriment of the worthy citizens of Wales' capital city. But it's wrong for Cardiff bus to protect their corner by being nasty to the intruders.

Some commentators felt that the tribunal was really saying, "we don't blame you, Cardiff Bus; we would have done the same. But we must maintain our Solomonic Judgement role pour déourager les autres." Be a bit more subtle in your response the next time and we'll let you get away with it!"

And it's OK for Tesco to set up a huge supermarket in a market town thus putting most of the smaller grocery shops out of business.

But, we hear our readers cry, why is fbb dragging up old news taking us back to 2004?

Because the authorities make it really hard for the incumbent operator to respond to competition.

So how does the rejuvenated Buses of Somerset/Taunton [BoS] ... 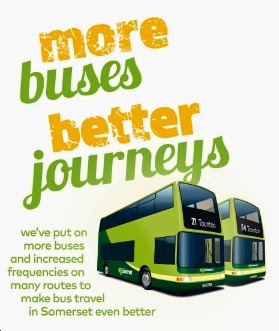 ... respond to the ongoing onslaught by newcomer Webberbus? Personal observation on street corners in Taunton suggests that neither is "packing in" the punters.

Webber's route 38 runs to Somerton and on to Wells every hour.

BoS' 54 was hourly from Taunton to Yeovil via Somerton. 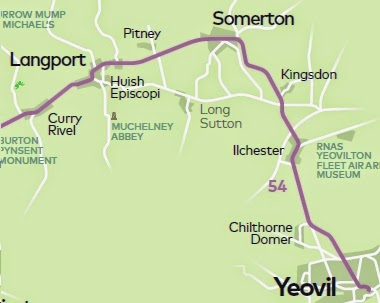 So from 27th July the apple-green service was doubled between Taunton and Somerton to challenge the 38. Service 29 to Wells via First's traditional route was improved to hourly. 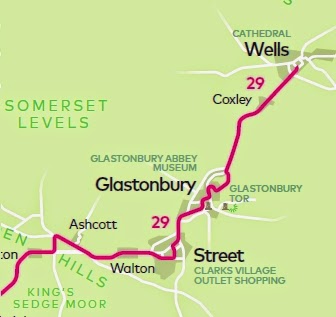 Both changes will put "pressure" on Webberbus, but presumably, because they don't form a direct copy running ten minutes in front of the competitor, this is not deemed to be predatory.

Webber have run the service to Creech Heathfield, every hour, Monday to Saturday, for some time. 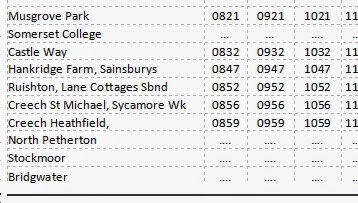 BoS have started (re-started?) their own direct copy version, service 26 ... 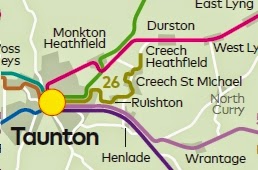 ... also every hour, but spaced more-or-less evenly between the other guy's buses. That's all right. then.

To complete this July expansion, trunk route 21 which runs from Taunton to Weston-super-Mud ... 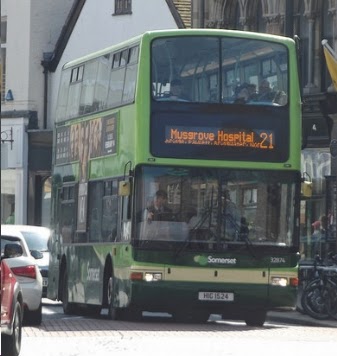 ... was doubled in frequency between Taunton and Bridgwater. 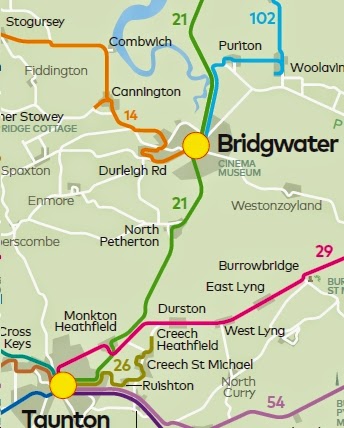 When BoS first budded from its First Bus root stock, the 21 ran every 20 minutes Taunton to Bridgwater and every hour on to Weston. Earlier this year it was changed to run every half hour all the way, to match Webber's frequency. 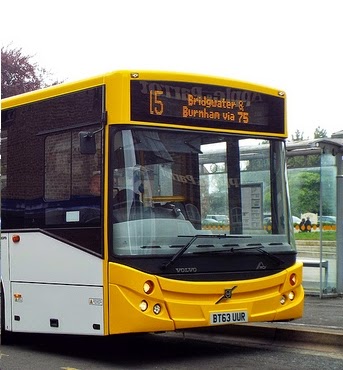 Now it is every 15 minutes to Bridgwater and every 30 onwards northbound.

All 21s are extended cross town to Taunton's Musgrove Hospital contributing to 8 buses an hour Monday to Saturday; two local 7s, two 54s and four 21s. This is a substantial increase, far too many for the number of passengers and it will, without a doubt, bring more pressure on to a congested bus marketplace. But, of course, it also helps passengers from Bridgwater, Somerton etc. to get to their hospital appointments without a change of bus. Competition is good for passengers, see.

Bearing in mind that Webbers have lost the Taunton Park and Ride contract in favour of BoS ... 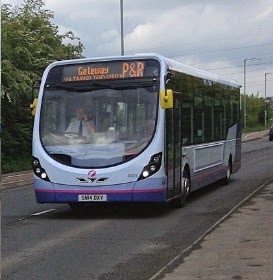 ... it might be that First is gaining the upper hand without employing "predatory competition". What we don't know, of course, is whether BoS is profitable and will continue to earn First's shareholders a reasonable crust after the service increase. Neither do we know how well Webber's finances are coping with the increased apple activity.

Yet again, watch this space! 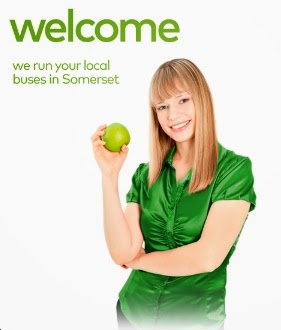