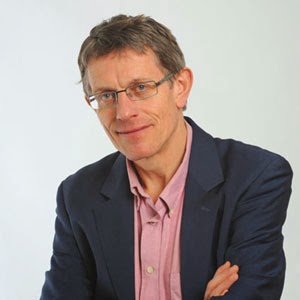 Simon Calder is the son of the late science writer Nigel Calder and the grandson of the late Lord Ritchie-Calder. He is the nephew of the late Scottish writer and critic, Angus Calder and educationalist Isla Calder (1946-2000). Calder became travel editor for The Independent in 1994.

He is often credited as being a "much respected travel expert."


On Saturday last he penned a piece for the "i" newspaper; a sort of expurgated version of the Independent for those who cannot be bothered reading a proper newspaper. fbb buys it routinely because it's only 30p and he enjoys doing the quick crossword. 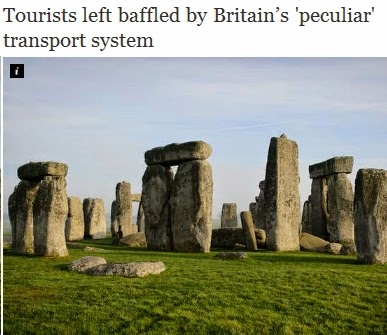 Foreign tourists trying to reach Stonehenge
by public transport must put up with Stone Age
speeds, and a journey of four hours.

Britain’s “peculiar” transport system makes access from London to some leading tourist attractions exasperating. The journey to Wiltshire’s ancient stone circle begins with South West Trains from London Waterloo to Salisbury. Next, tourists must take a six-minute walk towards the city centre, followed by a half-hour bus ride to Shrewton. “Here, a wait of up to an hour can occur, until a Connect2Wiltshire bus continues on a 20-minute journey to Stonehenge,” say the researchers.

Certainly, if the researchers tried the poor quality of Traveline, they would get this result for a journey on a typical Monday. 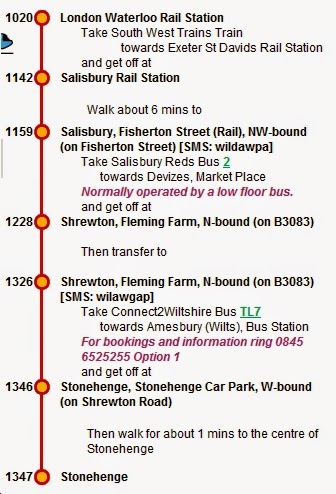 All the features of Calder's article are there, including the unhelpful journey via Shrewton by Salisbury Red route 2 ... 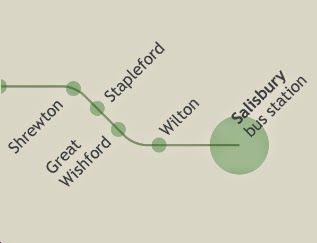 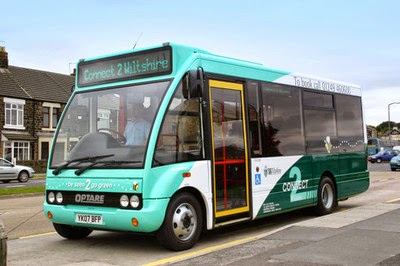 The 9.5-mile segment from Salisbury station to Stonehenge can take two hours, averaging below 5mph. The report calls it: “Public transport at its most fragmented and unhelpful."

Quite right Simple Simon. For daytime departures the Traveline route is slow, tedious and completely unnecessary! It even recommends an interchange here, at Fleming Farm ... 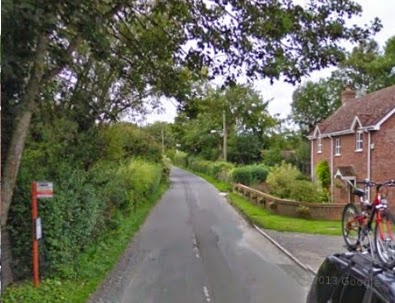 ... in the middle of nowhere in particular.

No sane person would advise such a journey and "the researchers" referred to in the article clearly have no idea of travel opportunities in the UK. For a start they have believed Traveline!

And the journey is not four hours long, but a modest (?) 3 hours and 27 minutes!

Let non-resepcted travel non-expert, the fat bus bloke, put Simon Calder, the incompetent researchers and the readership of the "i" on the right track, on the right ley line indeed, from London to Salisbury.

A half hour frequency by Southwest Trains from London Waterloo is pretty good compared with the so-called good old days of steam. The journey will take you either 1 hour 22 minutes or 1 hour 30 minutes according to stopping pattern.

Eschew the unwise "i"s advice to tramp to the town centre; and walk all the way to the outside of the station. 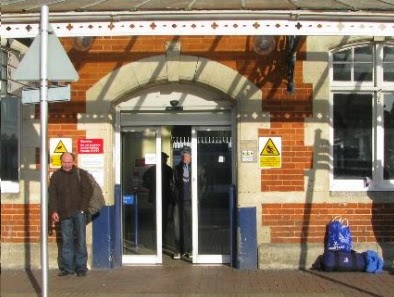 There turn left (right as we view the exit) an you will see a bus stop a bit like this one ... 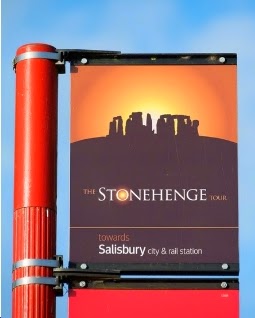 ... possibly with a big black and red bus waiting (but see below). 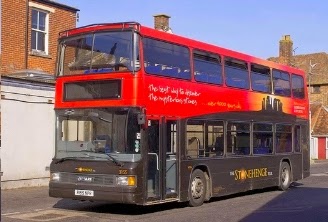 That silhouette on stop and bus is a bit of a clue! 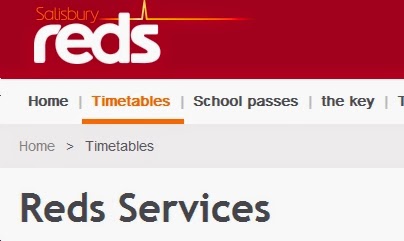 ... no buses to Stonehenge! Perhaps it is a tourist route?

No, they are routes run by a Salisbuty Red/Wilts and Dorset clone, namely ...

... Tourist Coaches; operating some rural services in the Salisbury area. 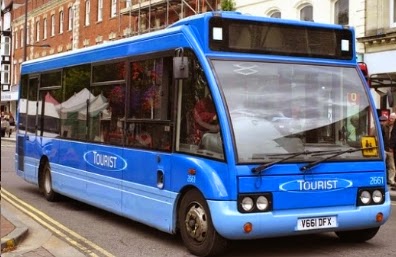 Silly name, if you are a tourist!

But if you are persistent and click on "Things to Do" ...

... you may chance upon "Stonehenge Tours", which isn't open top, hence the web page link! 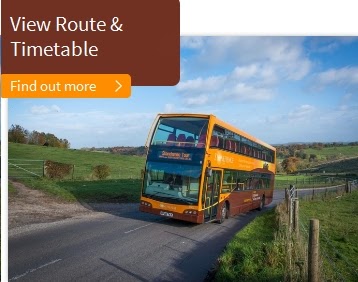 And, at last, there is the timetable. 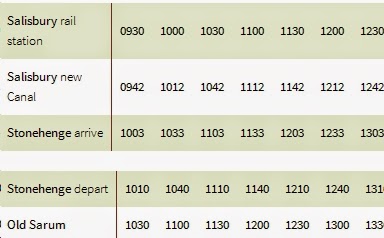 A bus every 30 minutes. And the bus is now orange and brown, not red and black; but the Stonehenge silhouette remains as telling evidence of the purpose of the service! 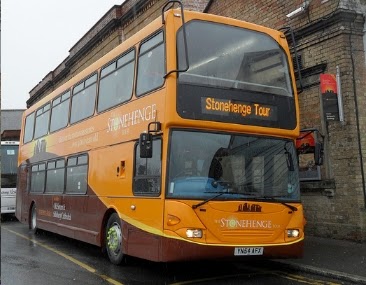 So a typical example of  a travel schedule from London is revealed as:-

That's two hours and 13 minutes, not 3 hours and 27 minutes; and certainly NOT four hours!

Simon Calder, is, of course, reporting on research done by a third party, research which is profoundly and utterly WRONG and he should always check his facts before putting fingers to keyboard and deceiving his loyal readership, BUT ...

... in one sense he is right. Why does this half hour frequency not appear on Traveline?

Thus, details are hard to find on the bus (and tour?) company web site and non-existent on Traveline.

See, all there is to help you is the dreaded and useless TL7!

Yes, Simon, the public transport network in the UK is diffuse, unco-ordinated and much of it is a closely guarded secret. However, with Sherlock Holmsian determination, unsurpassed intellect and low cunning it is just possible to find out how to get to Stonehenge; and you, much respected travel expert, should know about Stonehenge Tours anyway. Then you could have given the right answer in your newspaper, not a ludicrously wrong one.

Next tram blog : Tuesday 19th August
Posted by fatbusbloke at 02:00