All Change Grimey : All Say Blimey [2] 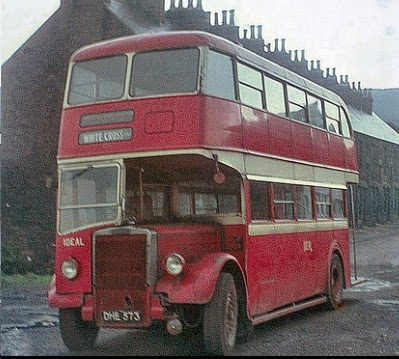 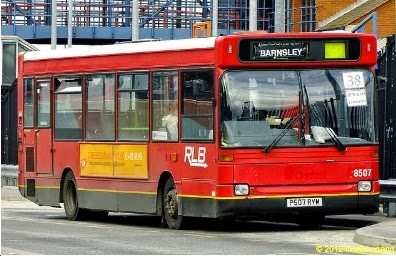 ... grow and go! Watersons coaches replaced the 38 to Windmill Hill from late May this year and from Tuesday 26th August their service 37 starts. This serves the other estates formerly visited by Redline ... 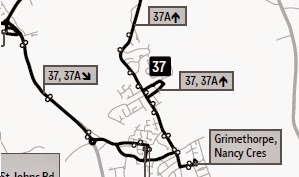 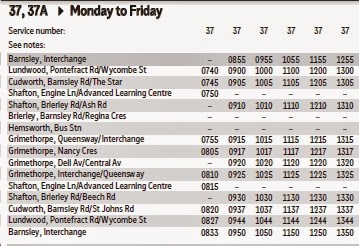 Then on Saturday 30th (Barnsley, being of an independent nature, always changes routes on a Saturday; whereas most of South Yorkshire does its alterations on the Sunday or the following Monday for a route that does not run on the Sabbath.) There is no Stagecoach map (yet) so we must content ourselves with bits of Travel South Yorkshire [TSY] maps where mistakes and a lack of road names induce an atmosphere of wonder and experiment.

Here is the current Stagecoach map to set the scene. 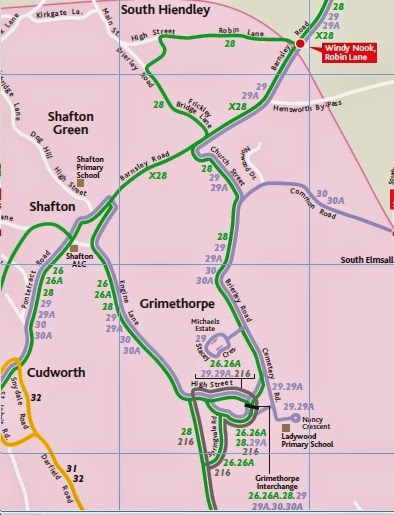 So we start with the hourly 26. This becomes an X26 Monday to Saturday daytime which might suggest that it, like the X28, runs via the Cudworth by-pass; the hook-shaped road below the name "Shafton" on the map above. 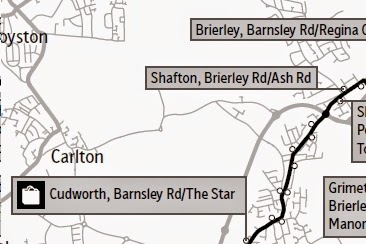 The TSY map says no.

But a long line of dashes against Cudworth suggests otherwise. TSY wrong again; no surprise there, then. 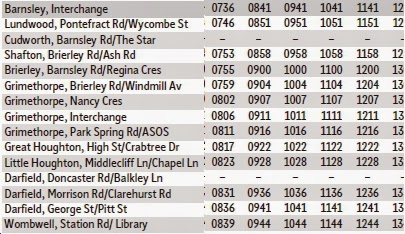 The X26 is joined by an X27 which is shown as running via the by-pass; and, amazingly, it does. This also trundles through the warehousing sites that were once collieries but has a different ultimate destination which is of no great concern to those wishing to travel to Grimethorpe. But both routes no longer use Engine Lane, the western part of the loop. They continue along the main road and approach (and leave) Grimethorpe via Brierley, using Brierley Road to the east. 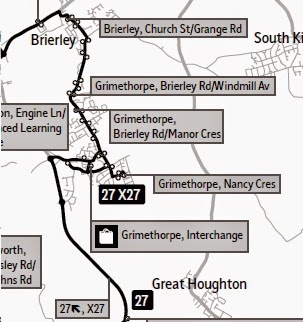 Our readers may be getting confused. but we press on regardless. In the evenings and on Sundays, X26 gives way to a plain 26, operating via Cudworth village and not the by-pass. And there is a 27 variant of the X27, also via Cudworth village. This provides a second journey every hour but only as far as Grimethorpe.

There is no X27 or even 27 in the evenings or on Sundays. During the daytime, Monday to Saturday, the three variants (X26, 27 and X27) provide a clockface 20 minute frequency as far as Grimethorpe Interchange.

The 28 and X28 are relatively unchanged, except that the 28 no longer serves South Hiendley! 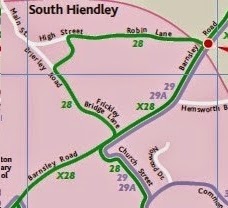 But do not despair, denizens of the beautiful South Hiendley ... 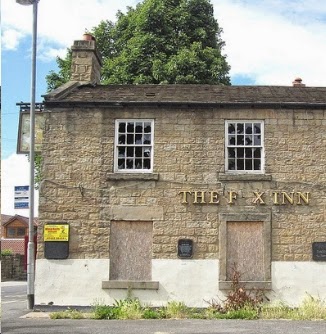 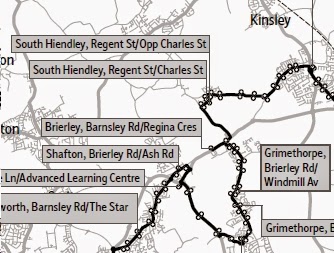 This, the 28 and the unchanged 30 run via Engine Lane, the "traditional" and ancient way of Grimey's buses. There is a sort of login in having less buses via Engine Lane and faster buses direct to Brierley Road. Engine Lane is, well, empty. 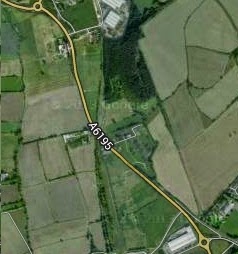 Departures from Barnsley for Grimethorpe are now ...

... thus returning to a ten minute frequency - sort of. Bear in mind that the 28, 29 and 30 continue from Grimesthorpe Interchange via Brierley Road to points afar, we are left with this helpful situation. 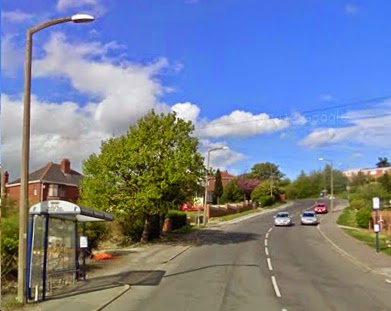 Or, of course, you could stand in the middle of the road and get squashed by buses in both directions! 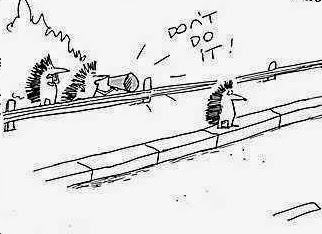 You have to feel sorry for the distressed folk of Grimethorpe. Their bus service used to be frequent and simple to remember. Now it has become complicated and well-nigh impossible to remember. We have three leaflets, 11 Stagecoach route numbers, two routes in the Cudworth area and 2 routes via Grimethorpe.

And we have studiously ignored the route variations numbered 28A, 30A and N27; and not forgetting Watersons 37, 37A, 38, 38A and 38B. The key question is whether the public is best served by a hotch-potch of 16 route numbers and umpteen routes.

And how long will it before before Watersons gives up and Stagecoach changes them all again? 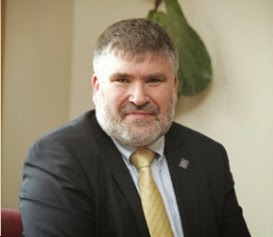 More specifically to Dave's wife, Christine, for whom pink is a favourite colour. When asked about legibility and why all the route numbers were very small and printed at the top of a huge white space, Dave replied "Christine loves pink and most people don't understand buses anyway, so we decided to make it pretty rather than boringly useful." 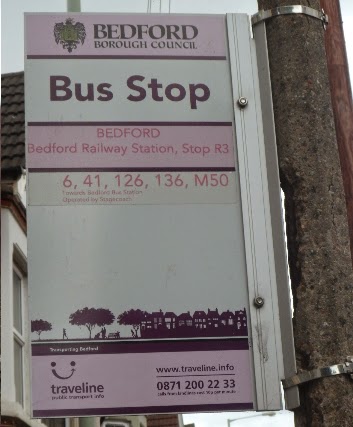 The small print is, of course, totally illegible from the footpath.

There's no shelter and fbb does not know what is in the timetable frame. 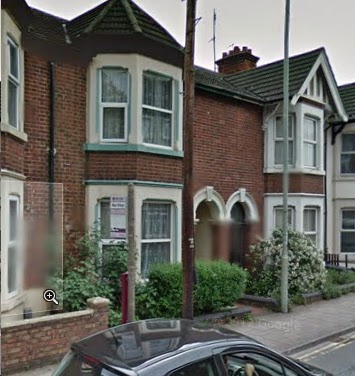 So it's all going jolly well and invisible in Bedford! And not much point in having posh bus stops if you don't keep them up-to-date.